Add it to the list of long-standing norms that the Trump White House has shredded: Press secretary Stephanie Grisham has aggressively positioned herself not as an administration conduit for the press corps, but as an open and hostile enemy of newsgathering, in a way that even surpasses Sarah Huckabee Sanders' dangerous tenure in the position. And Grisham's doing it while collecting a weekly paycheck from the government, an outrageous use of public funding.

It's a point CNN's Brian Stelter recently made in his media newsletter, and it's one that's worth repeating over and over: Why are taxpayers funding a government smear campaign against the free press in this country? Conservatives, of course, have been bashing the media for decades, decrying the so-called liberal media bias. But that's most often been done by outside groups or elected officials. Having the White House press secretary actively join the scrum represents a deeply dangerous development.

Is it an exaggeration at this point to dub Grisham the Minister of Misinformation? Not really, because that's now clearly her job description. Grisham hasn't overseen a single White House press briefing since taking over the position, and it’s doubtful she ever will. She's done just two off-camera “gaggle” sessions with reporters, and only one television interview to date.

Yes, taxpayers today are funding an army of Trump-appointed officials who prevaricate and cover up for a living. But to have the White House press secretary so obviously and gleefully join those ranks of hit men and women is a rather stunning development, considering what the role of the White House press secretary has been for more than half a century. Believe it or not, for decades the press secretary was seen not as a partisan hack (as Grisham is under Trump), but as someone who served both the president and the American people by trying to shed light on White House activities—and do it in a truthful fashion.

Today, Grisham clearly functions not as an ambassador to the press or to the public, but as an attack-dog staffer for Donald Trump’s re-election campaign, which has made it quite plain that it's going to run against the media in 2020. 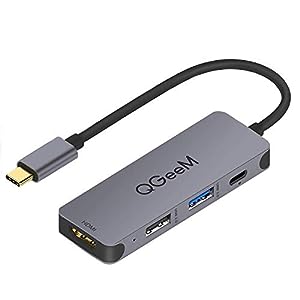