The deliberate mission of right-wing “news” operations to deceive the public has been an ongoing threat to American democracy. Their aim has been to spread disinformation in order to advance the interests of far-right agendas and politicians. And they have demonstrated a total lack of concern as to the destructive consequences of their purposefully dishonest propaganda.

The efforts by conservative outlets like Fox News, Newsmax, One America News, and their confederates on talk radio, has contributed to a culture of rightist hostility. They seek to sow discord by propagating conspiracy theories which have resulted in tangible harm to the American people.

That harm includes exacerbating the contagion and fatalities of COVID-19 by flagrantly lying about its severity and even portraying it as a hoax. Likewise, these conservative outlets have disseminated Donald Trump’s Big Lie that Joe Biden stole the election and is thus an illegitimate president. Those repeatedly debunked allegations resulted in the deadly assault on Congress on January 6th by Trump’s Insurrectionists.

The threats posed by these factories of falsehoods are now coming under scrutiny by Congress. The Communications and Technology Subcommittee has announced that they will hold a hearing on Wednesday, February 24, entitled “Fanning the Flames: Disinformation and Extremism in the Media.” Their announcement stated that…

“‘The prolonged severity of the COVID-19 pandemic and the attack on our Capitol on January 6 have driven home a frightening reality: the spread of disinformation and extremism by traditional news media presents a tangible and destabilizing threat,’ said [Energy and Commerce Chairman Frank] Pallone and [Communications and Technology Subcommittee Chairman Mike] Doyle. ‘Some broadcasters’ and cable networks’ increasing reliance on conspiracy theories and misleading or patently false information raises questions about their devotion to journalistic integrity.'”

The Committee sent letters to cable operators such Comcast, AT&T, Spectrum, Dish, and Verizon, asking about their role in “the spread of dangerous misinformation.” According to the New York Times the Committee sought to know…

‘What steps did you take prior to, on, and following the November 3, 2020 elections and the January 6, 2021 attacks to monitor, respond to, and reduce the spread of disinformation, including encouragement or incitement of violence by channels your company disseminates to millions of Americans?’ […and…] ‘Are you planning to continue carrying Fox News, OANN, and Newsmax on your platform both now and beyond the renewal date? If so, why?'”

It’s about time this problem has been addressed by Congress. Although their inference that Fox News, et al, ever had any “devotion to journalistic integrity” teeters on the absurd. Some of these news distorters have already been named in billion dollar lawsuits for defamation. The Biden Communications Office has called into question their White House press credentials. And even a member of the Murdoch family has castigated the family business as a provider of “disinformation” and “toxic politics.”

While it’s easy to point out the offenses to journalism by these organizations, it’s much harder to craft a constitutional remedy. Nobody wants to inhibit free speech or freedom of the press. Some version of an updated “Fairness Doctrine” could be drafted if there is a way to make it applicable to cable and digital entities.

However there are free market solutions that can be implemented without the involvement of Congress. Consumers can let their cable and/or streaming providers know that they are not willing to pay for services that spread dangerous lies and encourage violence. Most of the money made by programmers like Fox News comes from cable access fees, not advertising. But advertisers could also be targeted in public preference campaigns. For more information, see UnFox My Cable Box. 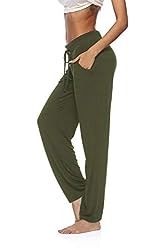