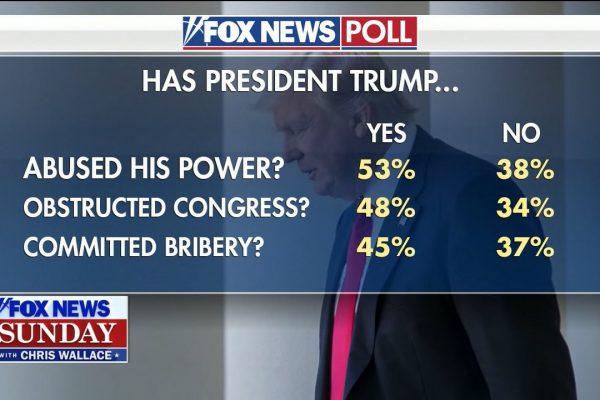 Admitting you have a problem is probably the first step, but Tucker Carlson’s race-baiting served an audience niche, however problematic.

What Carlson reveals to Elaina Plott in an Atlantic story is a proto-fascism not unique to the 21st Century. She captures Carlson’s Trumpian sociopathology, which might demand that you go to the window and yell “I’m mad as hell and I’m not going to take it anymore” without acknowledging that the writer of that line was blackballed during the McCarthy Red Scare.

Unfortunately, Carlson is no Howard Beale, much like Trump is the Yuppie toady, Harry Ellis, in Die Hard. Situational ethics change with each tweet, and repetition bakes in the lies, as if race and economics could be counterpoised without discussing class inequalities.

A remarkable thing @TuckerCarlson told @elainaplott about why he is the way he is in this moment: “I’ve made a complete break mentally with the world I used to live in.” https://t.co/fkWMuuRvgP

Tucker Carlson does not think he is an “especially” good person. He knows he can “get mad” and “make a mistake,” that he can “overstate” things as a result of getting “caught up” in his own rhetoric. He also knows he can sometimes get “self-righteous,” and this, as we speak on the set of his Fox News show on a recent Friday, seems to bother him the most. Because it is everything Carlson disdains in others—the elitist sensibility that, in his mind, leads figures such as former United Nations Ambassador Samantha Power to espouse a worldview whose essence, as he puts it, is “I’m a really good person, and you’re not.”

This is in large part how a wealthy Washingtonian like Tucker Swanson McNear Carlson—with his prep-school education and summer home in Maine—convinces millions of viewers, weeknight after weeknight, that he is one of them. It’s not just that Carlson purports to have empathy where he believes others—such as the Stanford Law professor Pamela Karlan, who testified in favor of President Donald Trump’s impeachment and whom Carlson calls a “drooling moron”—lack it. Carlson also enjoys reminding his viewers that the same people who for years told you that you were wrong, that you were a bad person, have long ago written him off, too.

Carlson tapes live from Washington, D.C., five nights a week, with all the trappings of any major cable-news set—the bright lights and pixelated backdrops and row of producers studying his every move. But the Tucker Carlson Tonight studio also pulses with a kind of frenetic energy, one that perhaps comes only when your show’s basic message is a gleeful fuck you.

“Our leadership class is narcissistic,” Carlson tells me. “And like all narcissists, they’re incredibly shortsighted. The moral preening is a symptom of something deeper, which is narcissism.”

Carlson, during our post-show interview that Friday, said he’s learned to drown out any accusations of white supremacy, because “it’s so far from the truth that it has no effect at all other than to evoke in me contempt for the people saying it, because I think it’s that dishonest.” He went on to defend his most controversial segments as an effort to show how America’s “obsession with race” and “constant talking about race” is a “diversion tactic” used by “people who don’t want to talk about economics.” “And the reason people don’t want to talk about economics,” he said, “is because the economy is rigged for the benefit of a small number of people. They don’t want to talk about it—they would much rather the population was high and hating each other on the basis of race.”

There’s a hint here as to who Carlson is at his best, someone who can communicate what my colleague Shadi Hamid calls an “economics of meaning,” wherein economic or class critiques “are a means to channel anger, create meaning, and build solidarity rather than to implement better policy outcomes.” When Carlson agrees with Warren that her policies reflect “economic patriotism,” for example, he is defying what as recently as four years ago was Republican orthodoxy, scoffing at those who choose to preen over matters like the national debt rather than celebrate the ethos of a plan that serves American workers instead of “the rhetoric of markets.”

(Shadi Hamid): In a natural experiment from 2014, reminding independents that whites had become a minority in California made them “significantly more likely to lean Republican.” Interestingly, reminding whites about demographic shifts also made them more likely to hold conservative positions on unrelated issues. In another experiment, introducing a “microaggression” increased Democratic identification by 13 percent among Asian American students.9

These examples do not suggest that voters are mere putty to be manipulated at will, but rather that policy preferences are fluid and often secondary to group attachments. One’s politics tends to determine one’s policy preferences and not the other way around. This fact helps explain why Donald Trump can violate conservative orthodoxy—or for that matter fantasize about shooting someone on Fifth Avenue—and pay little political price. The importance of identity over policy, writes the political theorist Benjamin McKean, “makes it easier to understand how someone could be enthusiastic about both Trump and [Senator Bernie] Sanders when the candidates support very different policies.”10

Populism is, and is meant to be, a “thin-centered ideology,”13 so to attack populists for not having practicable policy proposals is to miss the point.

It might be tempting to say that Left populists simply need a “hero”; the Left, unlike the Right, has lacked larger-than-life figures for decades. But what they need more than that is to imagine themselves winning—in the sense of successfully defining a political “we”—and construct a platform accordingly. The challenge for left-wing populists lies in developing a coherent ideology that embraces the “economics of meaning” without reverting to a failed orthodoxy. In recent decades, the strategy of the technocratic Left has been to separate economics from meaning and to divorce policy from politics. But this strategy increasingly yields diminishing returns, since debates over economics are always about more than simply improving material outcomes. It is also disingenuous: the technocratic consensus never transcended the fundamental, agonistic realities of politics; it simply refused to acknowledge them.

The task for Left populist movements is to do the opposite. If they can reconnect economics with meaning and successfully reinterpret economic questions as fundamentally moral rather than material, they can reshape, perhaps decisively, how Western democracies think and talk not just about economic justice but about culture, identity, and demography.

Carlson complains that immigrants are to blame for making his fishing in the Potomac less pleasant. He imagines fishing in the morning, hunting like Don Trump Junior in the afternoon, rearing cattle like Devin Nunes in the evening and doing UFC like Colby Covington at night, just as some of us have a mind, without ever becoming fisherman, hunter, cowherd, or MMA fighter. Nothing to do with upstream industrialization or suburbanization’s social/ecological costs of development. Carlson relies on whatever can protect his class from having address the whole of economic justice in the context of culture, identity, and demography by using scapegoats and other examples of false consciousness.

When I asked him how one could square segments such as the one I’d just watched with his comments last year, for example, that immigrants make America “dirtier,” he looked appalled that I might wonder whether one take was more sincere than the other. “I hate litter,” he said. For 35 years now, he said, he has fished in the Potomac River, and “it has gotten dirtier and dirtier and dirtier and dirtier. I go down there and that litter is left almost exclusively by immigrants, who I’m sure are good people, but nobody in our country—”

(86007)
$0.00 (as of May 17, 2022 23:00 GMT -04:00 - More infoProduct prices and availability are accurate as of the date/time indicated and are subject to change. Any price and availability information displayed on [relevant Amazon Site(s), as applicable] at the time of purchase will apply to the purchase of this product.)