If the White House is going to go to these lengths to make Donald Trump seem marginally human, they could do a hell of a lot with Photoshop, too. Right now his face looks like Jupiter took a dump on a flaming bag of hair. Maybe start with that.

From The Daily Beast:

After President Trump was caught on camera telling a reporter she “never” thinks, the White House moved to retroactively alter the president’s attack at a Monday afternoon press conference by changing a word in the official transcript. While the president told ABC News reporter Cecilia Vega, “I know you’re not thinking. You never do,” the White House transcript reads, “I know you’re not thanking. You never do.” While Vega did thank the president for calling on her to ask a question before Trump made the remark, his comment prompted her to ask “I’m sorry?” before the president dismissed her.

Not only does the edited version sound not at all like anything a human ever says, it’s also clearly not what this particular shitgibbon said. We all heard the original. Stop trying to pretend he’s a real boy.

Sorry, Republicans. This stain is permanent. No amount of scrubbing will ever get it out. 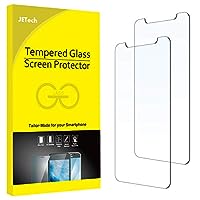