As the coronavirus pandemic surges to ever new highs in infections, hospitalizations, and fatalities, Donald Trump desperately wants to change the subject. He thinks the American people should be more interested in vague emails stolen from a laptop that allegedly belonged to Joe Biden's son, Hunter. That's a “crime” that the Wall Street Journal debunked and even the chair of the GOP couldn't confirm during questioning by Fox News.

More than 225,000 Americans have already died due to Trump's negligence, incompetence, and deliberate malfeasance. And more than 8.5 million have been infected, many of who will suffer permanently disabilities. The media is, therefore, well justified in featuring this story prominently in their coverage. It is news that people require as they seek to protect themselves and their families. But it is also news that Trump rightly believes is detrimental to his reelection prospects. Consequently, he is frantically pounding out numerous tweets like these…

We have made tremendous progress with the China Virus, but the Fake News refuses to talk about it this close to the Election. COVID, COVID, COVID is being used by them, in total coordination, in order to change our great early election numbers.Should be an election law violation!— Donald J. Trump (@realDonaldTrump) October 26, 2020

Suffice to say that the claims of progress made handling the Trump virus are flagrant and dangerous lies. So is his delusional electoral analysis. He is losing to Joe Biden in every national poll, as well as in most of the crucial battleground states. But his obsessive whining about the media covering the pandemic is a self-serving and futile ploy to suppress news that he doesn't like. And if he thinks his yelping will achieve that goal, he probably suffered more neurological damage from his own bout with COVID-19 than his doctors have let on.

The charge that the press is devoting substantial time to a deadly, out of control pandemic in order to hurt Trump's campaign could only be thought up by a severely paranoid narcissist. But what makes this all the more ironic is that Trump's own media Ministry of Propaganda (aka Fox News) is among the pandemic's victims. A “Dear Colleagues” memo went out on Monday morning to Fox News employees from its CEO, Suzanne Scott, and President, Jay Wallace. It said in part that…

“We wanted to inform you about recent developments of a few positive COVID-19 cases at FOX News Media. This is a reminder that any employee who has tested positive will be quarantining and following all of our mandatory guidelines before they enter any of our buildings. Please know that we stay in close contact with those employees who have been affected and offer our complete support.”

The memo didn't mention that the “few employees” impacted by this included the president, Jay Wallace, as well as anchors Bret Baier and Martha MacCallum, and two of the hosts of The Five, Dana Perino and Juan Williams. They were reportedly exposed to someone on a private flight, chartered by Fox News to bring staffers back from the presidential debate in Nashville, who later tested positive for the coronavirus. The memo also didn't mention that many of Fox's programs are disseminating the same lies about the virus that Trump is.

The memo went on to reaffirm that the network has been “operating under the strictest health and safety protocols throughout the pandemic.” And yet that didn't protect them from this exposure. Additionally, the memo said that “we will be further reducing some of the workforce in our buildings and operating virtually wherever possible throughout the week.” It is important to note that “the week” referenced here isn't just any week. It's the week prior to the most important and hotly contested presidential election in modern times. And Fox's president, along with the two anchors assigned to cover the returns, are going into quarantine.

So while Trump is babbling that “COVID, COVID, COVID” is a “fake news” media conspiracy against him, his pals at Fox News are hunkering down in their basements due to the surging spread of a virus that Trump says is “totally under control.” And never mind that his Chief of Staff, Mark Meadows, said that they aren't even trying to control it.

Meadows: “We're not going to control the pandemic!”

Trump's Chief of Staff, Mark Meadows, announces that the Trump administration has surrendered to the coronavirus. #VoteBiden #VoteBluepic.twitter.com/d3OAPo7xOO 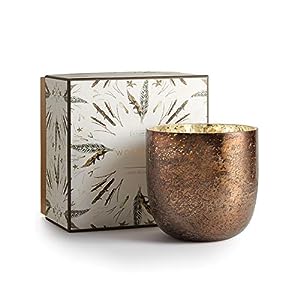