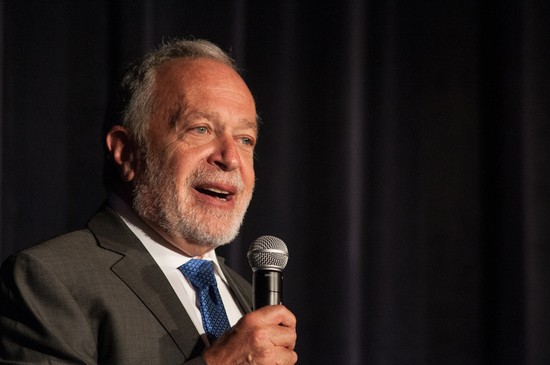 Received this e-mail today from Robert Reich on behalf of Democracy for America:

Although there are significant differences between Sanders and Warren, there’s a reason why they’re both hated by the corporate-Wall Street wing of the Democratic Party.

These two have most of the grass-roots energy, most of the enthusiasm, and most of the ideas that are critical for winning in 2020. Most importantly both Warren and Sanders understand that our system is rigged, and that economic and political power must be reallocated from a corporate-Wall Street elite to the vast majority.

This is why the Wall Street wing hates them and why they’re pouring money into the campaigns of some of their opponents in the Democratic primaries.

It's also why much of the corporate press is ignoring the enthusiasm they’re generating, and why it’s picking apart proposals like Medicare for All and a Wealth Tax as if they were specific pieces of legislation. And it's why corporate and Wall Street Democrats have mounted a campaign to make you believe that Warren and Sanders are “too far to the left” to beat Trump, and therefore “unelectable.”

This is total rubbish.

In fact, it’s Sanders or Warren who have the best chance of beating Trump. That’s because presidential elections are determined by turnout. Over a third of eligible voters don’t vote. They only go to the polls if they’re motivated. And what motivates people most is a candidate who stands for average people and against power and privilege.

The real divide in America today is establishment versus anti-establishment, the comparatively few at the top who have siphoned off much of the wealth of this nation versus average Americans whose wages have gone nowhere.

This is why both Bernie Sanders and Elizabeth Warren are best positioned to beat Trump — and alter the power structure in America so we don’t invite more demagogues like him in the future.

Only two things stand in the way. The first is the power structure itself, which is trying to persuade Democrats that neither Warren or Sanders can defeat Trump, and that Democrats should put up a milquetoast moderate instead — which, if they succeed, will increase the odds Trump gets a second term.

The second danger is that as the primary season heats up, supporters of Elizabeth Warren and Bernie Sanders will wage war on each other, and that will take both of them down.

It’s true that only one of them can be the Democratic nominee. But as long as the backers of both of them eventually come together behind one of them, we will have the votes to take the White House, flip the Senate, and begin the work of making this great nation work for the many, rather than the few.

That’s why I’m asking progressives to unite. We need to work together to win. We need to make our case to the American people on why our chosen candidate is the best chance we have to beat Trump, but we need to focus our fight for the nomination against the corporate wing, not each other.

Join me today in signing the Positive Progressive Primary Pledge and commit to fighting hard for your chosen candidate against the corporate wing, but not against each other.

When you click through, you can watch a short video we put together going into more detail on the points I’m making above. After you sign the pledge, I encourage you to share it with like minded friends and family — or anyone you think needs to hear the case and join our fight to unite for a progressive President.

But our odds of beating Trump are best with either Elizabeth Warren or Bernie Sanders. It’s also our best chance to make America the nation it should and can be.

Let’s make the most of our power in the Democratic primary and unite for a progressive President.

Please watch the video and add your name now.

Click here to watch the video and add your name.