How closely associated were elements of the insurrection remains an open question as 300 suspects have been identified so far, with members of Congress possible persons of interest.

The Capitol riot was, to use an old @EliLake phrase, like scumbag Woodstock. https://t.co/kzUvXYIof0 pic.twitter.com/uNQljdvvWV

The insurrectionists must be prosecuted. Justice at all cost.#ProsecuteTheTraitors
📽️@ReallyAmerican1pic.twitter.com/i3yH0Zlk4t

A new affidavit filed Tuesday by the FBI described preparations by the right-wing Proud Boys to storm the Capitol, including using earpieces and walkie-talkies to direct movements throughout the building and a discussion about wearing black to dupe people into blaming antifa for any trouble.

The new court filings were the latest indications that the Jan. 6 riots included cells of organized, militarized insurrectionists, beyond the rabble of disorganized Trump supporters who joined the fray. That evidence includes the conspiracy case filed this week against three so-called Oath Keepers, members of an Ohio-based chapter of the loosely connected paramilitary group, who face charges of seeking to injure police officers, obstruct Congress and damage federal property.

NEW: Evidence from the Jan. 6 insurrection increasingly reveals cells of rioters who carefully coordinated movements, issued commands as they battled police and used earpieces to communicate.

You believe what you are willing to fight for. And so many Republican elected officials proved they don't believe in the idea called America. We shouldn't forget that. They won't change.

Charles Flynn confirmed that he was in the room for a tense Jan. 6 phone call during which the Capitol Police and D.C. officials pleaded with the Pentagon to dispatch the National Guard urgently.https://t.co/ZHduxlPar4

“There is no indication that Charles Flynn shares his brother’s extreme views or discharged his duties at the Pentagon on Jan. 6 in any manner that was influenced by his brother.”

(except that the Army hid his involvement)

PELOSI, speaking with @JoyAnnReid, says it "remains to be seen" if any GOP members of Congress abetted insurrectionists.

But if they did, they're "accessories" to the crimes committeed at the Capitol, incuding to murder, she says.

Ted Cruz cares so much about the citizens of Pittsburgh that two weeks ago he voted to disenfranchise them. Beyond parody. https://t.co/FcOGAVdKeX

NEW VIDEO📽️: The 14th Amendment is clear. No American engaged in insurrection or rebellion are allowed to hold office. Cruz and Hawley hold the most blame for the insurrection as a result of their dangerous rhetoric and conspiracies.

Two weeks after a mob besieged the Capitol, ritual took center stage. And in that ritual, many found comfort, @anthonyted writes. (2/8) https://t.co/mdOJ0WTEEE

To be fair to the protester, the Molotov-Ribbentrop Pact was pretty bad.

No one has ever tried to rob Fort Knox, so might as well do away with all that security, am I right?

"An aspiring authoritarian, even an incompetent one, can do tremendous damage to the body politic … If there is to be a recovery, it will be long and arduous, and require sustained intensive care," writes @AdamSerwer: https://t.co/vNUtUxQ6zz

(Excess deaths are defined as the number of persons who have died from all causes, in excess of the expected number of deaths for a given place and time.)https://t.co/X8QNy0ga4W 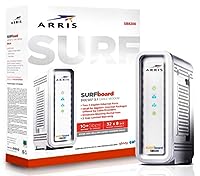