Looking forward to seeing that “full and complete” health care plan that @realDonaldTrump has promised he will sign by Aug 2. pic.twitter.com/m2OEBoAGpsÃ¢Â€Â” Karen Tumulty (@ktumulty) July 20, 2020

TrumpÃ¢Â€Â™s searching for his health plan, which he said heÃ¢Â€Â™d sign today, out on the golf course. pic.twitter.com/AxMACs2cI8

This is hard for @realDonaldTrump to understand. Per capita, we're not even in the top 15 countries for testing. Lithuania has tested more of its citizens per capita than us. https://t.co/oiuQ9jljzs

New: Twitter told me it is considering changing its policy on QAnon to include political candidates that have touted the conspiracy https://t.co/ttmeu81Tjo

I wouldnÃ¢Â€Â™t put this past him. This kind of low-blow, unethical, baseless, late-October attack on Biden would be exactly BarrÃ¢Â€Â™s style. HeÃ¢Â€Â™s basically signaled that this is what heÃ¢Â€Â™s planning with DurhamÃ¢Â€Â™s help. WeÃ¢Â€Â™ve got to inoculate the country against that sick sort of attack. https://t.co/OwrlHrPCbY

Op-ed: Keep your eyes on Russia for an August surprise of Putin's making https://t.co/6R0Gu7sd2t

p style=”text-align:start”>What’s difficult to predict is whether an August surprise — or one at any time ahead of U.S. elections in November — would grow more from Russia’s strength, its weakness, or more likely some combination of the two. It has been times like these in the past when matters had seemed sour for Moscow that Putin has turned to adventures abroad to solidify his domestic control.

So should one be watching for a surprise of the sort of the Russo-Georgian war of August 2008, the seizure and annexation of the Crimean Peninsula in 2014, the Russian military intervention in the Syrian civil war from 2015 to the present, or more electoral and disinformation activity in Europe and particularly around U.S. elections this November?

On that front, the first indicator could be Russian response to the Belarus election a week from Sunday on Aug. 9. Janusz Bugajksi of the Center for European Policy Analysis reckons that Putin could use “the pretext of growing unrest in Belarus and the disputed presidential elections” as a chance to act as national liberator with the “looming prospect” of the absorption of Belarus into Russia. 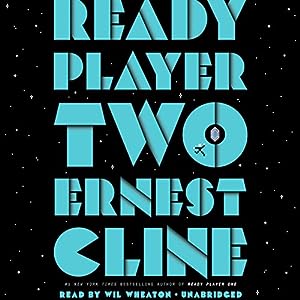