'When it’s my time to go, God’s going to call me home': Trumpites organize to defy quarantines

Yeah, this wouldn’t be the first time a bunch of angry dipshits totally fucked up our country. But this time their stupidity and obstinance seem particularly egregious.

As Trumpites increasingly complain about crucial social-distancing measures, appearing approximately as forward-thinking and aware as a moth preparing to alight on a bug zapper, I have to continually remind myself that face-palms are verboten in the age of COVID-19.

Current restrictions prevent them from going to all their fave places, such as church, or Old Country Buffet, or the corner bar, or Donald Trump’s sigmoid colon. So they wait, and stew.

Well, some of them are mad as hell and they’re not going to take it anymore. According to The Daily Beast, many Trumpites are now “urging people to leave their homes to own the libs.”

Needless to say, this is a bad idea. But, hey, these are Trump supporters. Making grotesquely bad decisions is their raison d’etre.

A protest movement is taking hold targeting states that have extended social-distancing rules, closed schools and restricted access to large religious gatherings. And it’s being fed by loyalists and political allies of President Donald Trump.

At issue are seemingly contradictory directives between Trump—who said on Tuesday that his team was in the process of drafting new guidelines that would allow some states to bring critical industries to go back to work, possibly this month—and public health officials and many governors, who have urged people to stay home as the number of coronavirus-related deaths continue to rise.

The tension has prompted Republican lawmakers and supporters of the president to publicly call for Americans to defy their local orders, claiming they infringe on constitutional rights. On Monday, Richard Grenell, acting director of the Office of National Intelligence and the U.S. ambassador to Germany, posted a photo of the Bill of Rights on Instagram with a title “Signed Permission Slip to Leave Your House.”

Seems the top US intelligence chief ADNI ⁦@RichardGrenell⁩ isn’t a fan of the stay at home orders. pic.twitter.com/uwBIfjZRos

Okay then. Yes, these folks will breathe the sweet air of freedom — at around 40 breaths per minute, if they’re lucky.

But they aren’t just sitting on their hands while they grouse. And I very much doubt if they’re washing them either. No, they’re taking ACTION!!!!!!

Give me lawn fertilizer or give me death! tweet)

Meanwhile, groups like ReopenNC (North Carolina) and Michiganders Against Excessive Quarantine are attracting thousands of followers on Facebook.

Ashley Smith, a co-founder of ReopenNC, has been particularly cavalier about the virus, thanks no doubt to Donald Trump’s repeated mixed messages.

“When it’s my time to go, God’s going to call me home,” Smith said. “I think that to live is inherently to take risks. I’m not concerned about this virus any more than I am about the flu.”

God might be calling, Ashley, but he’s not asking you to come home. He’s telling you not to be a stupid asshole. Take that call. It’s important.

As for the rest of you: Donald Trump is not your friend. I’d have thought that was obvious by now. 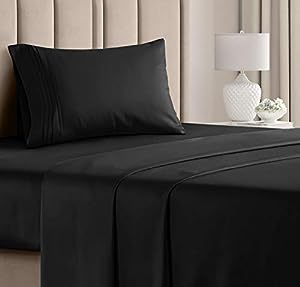