Time after time, succeeding presidents have followed less than stellar Republican administrations feeling obligated to bestow forgiveness. Richard Nixon masterminded a crime, known to every police drama watcher as B&E, breaking and entering. Nixon was disgracefully relegated to the dustbin of history, but that dustbin was a mansion off the coast of California. Although Ronald Reagan secretly sold 1,500 American missiles to Iran for 30 million dollars, which he first denied, then later admitted, Reagan is regarded as a conservative hero and the Great Communicator. George W. Bush…well George W. Bush—a monumental national financial collapse, 9/11, the Iraq War, torture, Hurricane Katrina, and such a relaxation of banking regulatory rules that it allowed so much malfeasance, it rivaled any RICO charges leveled by Eliot Ness. Mr. Bush now paints portraits of his dogs on his Texas ranch.

Instead of each of these Presidents being embraced by the broad investigatory arm of the Department of Justice, they have been dismissed with a kumbaya hug and the declaration that national healing is more important than justice. Is it a wonder why the people have lost faith in institutions, and the law? When you see scamming CEOs like Elizabeth Holmes frolic on beaches and politicians like Kelly Loeffler allegedly divest their monies based on inside information; what chance does Joe main street feel he has?

Some of you may have guessed where I am leading you; Yes, Donald John Trump. If we allow the blatant amount of lying, grifting, graft, racism, and general incompetence to go unpunished we are doomed as a future world leader and power. The one thing Mr. Trump was successful in doing, was exposing the holes in the rule of law. Things we relied upon based on honor and honesty were revealed to be whimsy. We now know that just saying NO, is sufficient to resist the law.  NO, I will not answer a subpoena. NO, I will not answer the questions of the Special Prosecutor. NO, I will not turn over the full transcript of possible criminal coercion of a foreign leader; and most disturbing, NO, I will not leave the office of the presidency peacefully.

I am appealing to President-elect Joe Biden, please do not allow the decency I voted for, move you to make the mistake that Obama, Ford, and George H.W. Bush made. Allowing criminality from their predecessors to go unheeded and unpunished. I know your instincts will tell you that moving ahead is the best thing to do. Then-Senator Claire McCaskill said about George W. Bush in 2008, “I don't think we want to look in the rearview mirror [but] there probably was a need to ask more questions.” Her answer was a response to a query about Bush’s torture policy.

Excusing obvious criminal behavior on the false premise that somehow it will explode the union if we jail a criminal in high standing is foolishly dangerous. This thinking is exactly what is leading to the tantrum by Donald Trump. He knows that numerous indictments and investigations await his eviction from the White House and he is not chancing the exchange of his red tie for an orange jumpsuit. America do not take NO for an answer.

You Voted for Change. 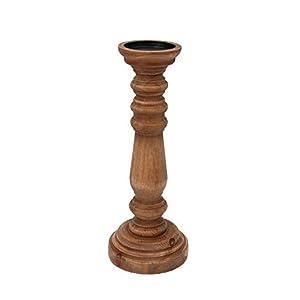