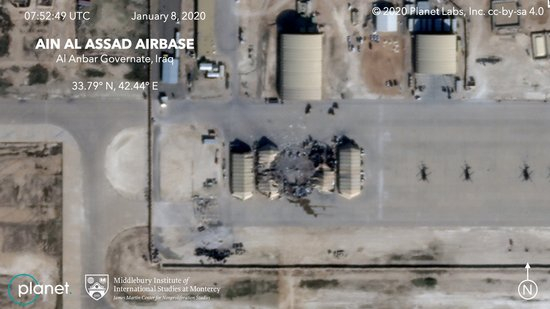 Pompeo, Esper, Milley, and Haspel did the classified briefing to the House and are now making the same presentation to the Senate. Responses broke along party lines.

Rep Gerry Connolly, a Democratic Foreign Affairs Committee member, says was utterly unpersuaded by the motive, reason and evidence of the killing of Iranian top Military, General Qassem Soleimani by the just concluded Congress briefing by the White House on imminent threat to US

“I believe this administration, after the fact, is trying to piece together a rationale for its action that was impulsive, reckless, and put this country’s security at risk.”

Bipartisan disagreement emerging from House briefing. “Nothing that was said today says that to me” the threat was imminent, said Dem Rep. Marcia Fudge of Ohio. “The presentation did not in any way show it was imminent.”

Senate now in recess until 3:45pm allowing all Senators to attend a classified briefing on US military strike against Soleimani with Secs Esper and Pompeo, Joint Chiefs of Staff Chair Milley, CIA Dir Haspel & Acting DNI Maguire. House had their Iran briefing within the last hour.

"I walk away unsatisfied," says @SenatorMenendez after classified Senate briefing on killing of Soleimani. "We have more questions than we have answers at the end of the day,” he told reporters. pic.twitter.com/xId3uM0V4z

After briefing @SecPompeo wanted to do press conference in Senate basement, but he bolted when Menendez had the mics instead. pic.twitter.com/gpfWflolDZ

Pelosi says the war powers resolution to limit Trump on Iran will come to the House floor tomorrow.

“Today, to honor our duty to keep the American people safe, the House will move forward with a War Powers Resolution to limit the President’s military actions regarding Iran.“

Smart analysis from @ThePlumLineGS on the origins of the current crisis: Trump’s deepening Iran morass all started with one big lie https://t.co/wAxhEdLZ4V

There’s confusion over Trump’s rationale for assassinating Maj. Gen. Qasem Soleimani. Confusion over Trump’s broader strategic goals. Confusion over whether Trump wants to appear militarily unhinged and threatening or restrained. And confusion over whether Trump is betraying his promise to avoid foreign entanglements or honoring it.
All this confusion traces back to one of Trump’s biggest lies: The idea that the Iran nuclear agreement constituted a wretched display of elite failure and American weakness, and that Trump has replaced it with an approach that’s “strong.”

News Analysis: The Trump administration has scrambled to explain its mission and goals in the Middle East amid a chaotic brew of conflicting statements, crossed signals and mixed messages https://t.co/uWV7qxd4EF

On whether Obama admin paid for missiles that hit Iraqi bases per @realDonaldTrump, @AmbassadorRice: "This is another series of despicable lies by President Trump. Fact that 3 years after taking office he remains obsessed w/ Pres Obama shows (his) extreme weakness & insecurity."

– JCPOA doesn't "give a clear and quick path to nuclear breakout".

– JCPOA "defective" except in the sense of keeping nuclear program in check and under inspections.

Aside from that, though… https://t.co/qF9ImyvPGV

I’m guessing that if Iran announced it wasn’t abiding by JCPOA limits, the counter ISIS mission was suspended, the Iraqi parliament voted to expel US forces, and Iran fired off ballistic missiles at US bases, no one would say Obama had a win.

There is no such thing, you say? Aye, but there is. I know; I've seen it. That's where, in olden days, the Press Secretary would brief the press . . . https://t.co/I6yQQhleLZ

Glad Trump began today by quoting Obama about Iran not getting a nuclear weapon. As Obama said at the announcement of #JCPOA in August 2015, "Iran is never allowed to build a nuclear weapon." Only when Trump pulled out of the deal did Iranian missile attacks on US soldiers begin.

Pentagon believes there was a political decision taken in Tehran NOT to kill Americans – that is why target at Al Asad chosen – large base with a lot of empty space. Even within that target, the Iranians chose to hit dirt rather than runways etc so as not to escalate militarily.

The flying time from Iran to Irbil is between 3-5 minutes – 4 missiles failed – they did not reach their target, crashing short perhaps due to motor failure, according to this US military official. Some of these missiles are using decades old ballistic missile technology.

After the attack Iran communicated to the US through at least 3 back channels, a source tells @PamelaBrownCNN. "Multiple messages and they were all the same…” Iran wanted to convey their retaliatory action had ended.