Well, we finally have our crisis.

This really shouldn’t come as any kind of a surprise. Like the family of a terminally ill patient, we’ve been dreading this day for some time now. The final outcome was never in doubt, the only questions left were when, and how.

The when is now, but the how is what is harder to wrap our collective heads around. We finally have the crisis we’ve all bee waiting for on our hands. But strangely enough, it isn’t what most of us had expected. It isn’t the one we most feared, a constitutional crisis brought on by brash action by Trump to stop the Mueller investigation. It isn’t a border crisis in the Southwest either, no matter how loudly and often Trump proclaims it. And it isn’t even a humanitarian crisis, as much as Trump has tried to generate it by his hellish policies. No, what we finally ended up with is a national security crisis.

A couple of days ago the combined heads of the US intelligence community made a standard appearance before the Permanent Select Committee for Intelligence of the United States Senate. The public portion of that hearing is the closest that those of us without security clearances are ever going to come to a national security briefing. For the Senators, it was the most honest assessment of global threats facing America that these experts could muster. The opening statement was written and rewritten, and vetted for absolute accuracy by every intelligence agency that we have.And in that testimony, every one of the best intelligence officers that we have, backed by the full weight of the US intelligence community, came right out and said that the President of the Unite States didn’t have a clue as to what he was talking about, on almost every serious threat facing this nation.

That blunt testimony is not called a crisis. Not at all. That testimony is what we reality based humans call common knowledge. Hell, we’ve known since the day that Trump clanked his way down that schlock gilt escalator that his knowledge was confined to how many pieces are contained in a KFC bucket. The national security crisis occurred solely because of Trump’s response.

Trump told his top security advisers that they were passive, naive fools who needed to “go back to school.” We’re not talking about scatter brained idiots like Jared and Ivanka here, nor insufferable wits like Mick Mulvaney, and the rest of the ship of fools that Trump sails to make himself feel mentally superior, we’re talking about selfless professionals who have devoted their lives to getting it right.

This is dangerous for two reasons. The first is that Trump has prepared for this day, and plowed the ground carefully. Every lie that Trump has ever told, great or small, serious or nonsensical, has been laid specifically in preparation for this moment. After all, it’s common place now isn’t it? Everybody is already wise to this scam,. What does Trump automatically do when he’s proven wrong about something? He lies. It’s just one more lie to hide his ignorance. And with that attitude, we fail to give this situation the gravity it deserves.

Because the second, more important reason that this is a crisis is this. It sets a precedent, and displays that Trump won’t listen to anyone who says something that he doesn’t want to hear, that’s why his presidential daily briefs are nothing more than glorified pop up books, free of serious fact or content. I know what you’re saying, “Take a chill pill dude, it was just standard, run of the mill congressional testimony. Nothing to worry about.”

Right. This time. But what happens next Thursday, if those same intelligence chiefs come running to Trump to tell him that they have highly credible information that Russia is about to invade Latvia, and they bring along satellite images of the Russians moving heavy equipment to the border to prove it? Here’s what will happen. Trump will get on the blower to Vlad the Imp, who will deny everything, and Trump will hang up the phone and tell the intelligence chiefs that they’re crazy, Putin said that the Russians are just test driving some new tanks.And when Russia invades Latvia, and NATO goes to war, Trump will throw his hands in the air and say, “Hey, don’t look at me! Those deadbeats still owe me $357 million in back dues!” Or they show him satellite photos of North Korea moving a live, functional nuclear missile to an advance launching position, not a test site. Trump will call Kim, get his voice mail, and tell the intelligence chiefs to relax, he’ll check it out in the morning. The possibilities are endless, and sadly, they are all tragically plausible. Because Trump won’t listen.

Look, you can call Trump a Manchurian Candidate, or a doddering narcissist. You can call him a useful idiot, or the dumbest sumbitch ever to survive his childhood diseases. Don’t mean jack to me, it’s all semantics, jerkin’ time. But from this moment forward, there is only one thing that Donald Trump should be called, and that is a clear and present danger to the United States. Everything else misses the point. 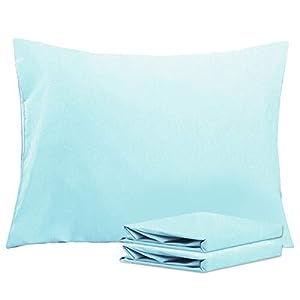