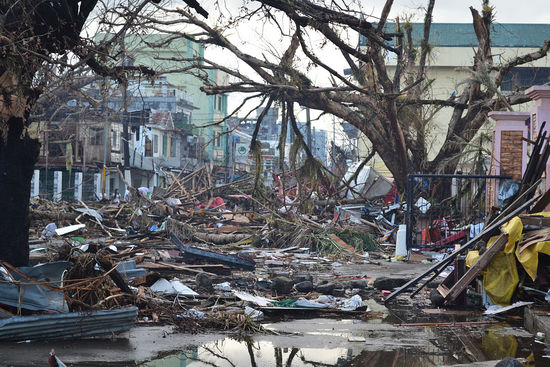 The horrors of climate change are unfolding around the world with smothering heatwaves, agricultural losses from flooding, and drought — higher storm surge along with powerful and deadly cyclonic windstorms armed with heavy rainfall and wildfire.

The United States and other developed nations experience every single impact listed, we do. As the world gets drier and hotter, we in the developed world still have resources to prepare for disasters. We have the most sophisticated warning systems available, but that is not true in developing nations. Though warning systems have improved, developing countries are still plagued by “illiteracy, lack of awareness and poor communication.” The poor and people of color in the third world suffer more as a result. Honestly, many of us don’t hear or choose not to listen to the screams of terror as their world collapses around them.

Billions of people in the global south are vulnerable to climate change enhanced natural disasters. They are also the least likely to have contributed to greenhouse gas emissions and, they have the least amount of resources to cope with the aftermath of catastrophic events.

Results from two separate studies describe which countries are most vulnerable. (One nation not included is Australia which is getting hammered by the breakdown of the climate system).

Tacloban, the Philippines, in the aftermath of Typhoon Haiyan. Puerto Rico was the most vulnerable to impact by climate change, followed by Myanmar, Haiti, Philippines, and Pakistan, according to the Global Climate Risk Index 2020 (pdf). The remaining countries are Vietnam, Bangladesh, Thailand, Nepal, and Dominica.

The countries most vulnerable to multiple climate disasters (pdf page 50) lists six in the Asia-Pacific. The Philippines was the number one country followed by Japan. The remaining states are Bangladesh, Myanmar, China, Indonesia, India, Vietnam, and Iraq.

For single climate disaster vulnerability, Vietnam, Somalia, Japan, and Bangladesh are tied at number one, followed by Myanmar, Indonesia, Philippines, Cambodia, and Iraq.

Here I provide some current examples of climate change in the southern hemisphere.

Victoria Falls, one of the natural wonders of the world, has run dry due to climate change

“This year’s drought is unprecedented, causing food shortages on a scale we have never seen here before,” said Michael Charles, head of the International Federation of Red Cross and Red Crescent Societies regional unit. “We are seeing people going two to three days without food, entire herds of livestock wiped out by drought and small-scale farmers with no means to earn money to tide them over a lean season.”

The region has 11 million people facing hunger, according to the IFRC. Crop production in the region is down by 30% this season and the situation is set to worsen due to late or no rain, the group said on its website.

The climate situation is so bad that meteorologists in Mozambique can’t keep up with climate change.

Mozambique is one of many countries around the world where weather forecasting is lagging behind even as climate change drives more extreme and variable weather. In Bangladesh, tropical storm warnings are not adequately reliable. In Peru, the national government is trying to get weather and climate information to residents who are experiencing more extreme weather. The World Meteorological Organization is working on upgrading flash flood warning systems in more than 50 countries around the world, including Mozambique.

Mozambique’s meteorologists currently rely heavily on weather data and models collected and created by, and primary tailored to, the needs of other countries.

Mozambique’s meteorologists currently rely heavily on weather data and models collected and created by, and primary tailored to, the needs of other countries.

If one of the world's most respected climate scientists has to explain the impacts of the #ClimateCrisis in just 2 minutes, it sounds like that.👇That's the essence.#TellTheTruth #WeDontHaveTime

“Right now, we’re using global models,” Tembe explains. They’re helpful for understanding the large-scale weather forecast for the country — for example, figuring out if it’s going to rain later in the week or if a cyclone is brewing off the coast.

But Tembe says the information from these models isn’t specific enough to consistently predict local and short-term weather. That is an increasingly serious problem, because weather in Mozambique is getting more extreme.

“Nowadays, we have more intense phenomena,” he explains. “More cases of strong rains, the heat is stronger, the winds are stronger. It’s different from the past.” Mozambique is already suffering longer droughts and more frequent and severe storms than it was earlier this century, because the climate is changing.

Women are hit harder by climate change. https://t.co/ItBx92CKSS
Here, they are starting to fight back Planting mangrove trees on the shores of #Vietnam is helping protect against global warming – and also sowing the seeds of female empowerment. pic.twitter.com/QORlMs5Knu

South Asia is facing food shortages and are unprepared for adaption.

Experts predict that ensuring food security for South Asia’s expanding population will be one of the chief problems the subregion faces in the coming years. Countries of the region will need to place addressing food insecurity among their top policy agendas to ensure stability.

South Asia is currently home to nearly 1.8 billion people — the majority living in India, Pakistan, and Bangladesh — and has been the fastest growing region for the past five years. The UN estimates that the population of the region will grow by 40 percent by 2050.

“The growing population will demand a higher supply of secure food, water, housing, and energy to maintain stability,” says George Stacey, an analyst working with Norvergence, an environmental advocacy NGO. “This is why countries in the region need to ensure they have the policies in place to adapt to the increasing number of people living there in coming years.”

And Stacey, among other climate experts, says that the challenge to secure food for South Asia’s growing population is exacerbated by the threats of climate change.

the way Western media oft' chat about the 'impending climate change' blablabla — ask the people of Haiti if this feels impending.. grim. https://t.co/wThlDaUbBn

Is there an immediate lifeline for the lives of the more than 40 million people who now lie in peril in the Caribbean? In no uncertain terms, the ravaging effects of climate change in the Caribbean are rapidly changing the relationship between people and their environment. If for anything, climate change is the model terrorist that is destroying lives and wreaking havoc and death in its path in the Caribbean.

Beyond the sheer musings that climate change has now been translated into literary scripture by critics and pundits alike, the malevolent evil of climate change in the Caribbean now launches impetuously, flaming the ethereal sky with exposed ruins of a bottomless perdition, and the whole creation moans and travails in pain.

It is now evidenced that rising sea levels and recurring storms are plummeting pristine beaches into watery graves in the Caribbean. Swallowed up in endless wretchedness, climate change is causative to extreme weather, wildfires, drought, floods and hurricanes. Sinister flames are smoldering dark, revealing added sorrow and hopelessness to the livelihood of the people in the Caribbean.

Here’s a fairly typical migrant’s story. Like many of the world’s poorest people, you grow up on a small family farm. When an unusually long drought leaves the farmland barren, the family spends its savings to put you on a boat to Europe. You might drown in the Mediterranean without ever wondering whether you’re a climate migrant.

In fact, almost nobody on earth is strictly a “climate migrant”. Since every person’s decision to leave home is typically driven by a number of factors, it’s more accurate to talk about “climate-encouraged migration”.

Drought, for instance, was merely one of the causes of Syria’s civil war and the recent Central American “migrant caravan”. However, climate is influencing ever more individual moves.

Climate-encouraged migration is usually cast in western countries as a future issue that primarily affects us. There is an element of narcissistic self-pity to this: migration as something that poor people do to us.

(43213)
(as of May 20, 2022 15:29 GMT -04:00 - More infoProduct prices and availability are accurate as of the date/time indicated and are subject to change. Any price and availability information displayed on [relevant Amazon Site(s), as applicable] at the time of purchase will apply to the purchase of this product.)