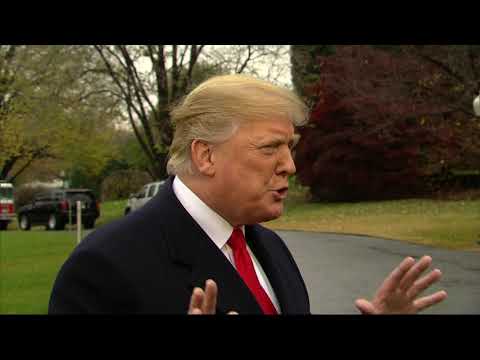 If you’re asking when climate change is going to “happen,” you’re really asking when’s it going to happen to “me,” because it’s already happened to many other people. Eric Roston

During WWII the United States took control over the Marshall Islands (Aolepān Aorōkin M̧ajeļ), a part of the larger island group of Micronesia located near the equator.

The US was not a very lovely caretaker for the Marshallian people or their land. Between 1946 and 1958, over 46 nuclear weapons dropped on the Marshall Islands.

The most massive nuclear warhead ever dropped on earth occurred on Bikini Atoll during this time. The radioactive fallout made Bikini and numerous other atolls so contaminated that they are still uninhabitable. Residents became quite ill and had no choice but to abandon their homes that their ancestors settled in 2000 BC.

For residents of the Marshall Islands Ã¢Â€Â” where some radiation levels are still higher than Chernobyl Ã¢Â€Â” the promise of free health care in Dubuque, Iowa, is more than enough to travel across the globehttps://t.co/j9NLEeZxVM

These isolated atolls are facing a new threat that will force inhabitants of the low-lying Pacific island chains to relocate. The misery they are experiencing today is a result of the current climate crisis that has resulted in rising sea levels as the polar ice caps discharge ice and meltwater into the oceans.

Not only are freshwater supplies and the water in coconuts radioactive. Now agricultural land and potable water supplies have been rendered useless as saltwater has washed over their crops, inundating the island’s ability to support life.

In a report requested by the U.S. Department of Defense (DOD), the USGS and partners forecast that the “tipping point” – the time at which potable groundwater on Roi-Namur Island will be unavailable due to wave-driven flooding – is projected to be reached around the year 2035 for the most extreme scenario.

“Buildings, roads, and airports will be swamped by storm waves annually,” said lead author Dr. Curt Storlazzi, a USGS research geologist. “Yearly flooding by seawater, combined with slightly reduced rainfall, will result in the islands on Kwajalein Atoll not having a reliable natural source of fresh water. In the worst-case scenario, without significant infrastructure investments, many low-lying Pacific coral islands could reach a tipping point, becoming uninhabitable and unusable, before mid-century.”

The 138-page peer-reviewed report was the result of more than four years of research by scientists from the USGS, National Oceanic and Atmospheric Administration, Deltares research institute in the Netherlands, and the University of Hawaiʻi. DOD asked for the analysis to better understand the impacts of climate change on critical facilities in the tropical Pacific, and to plan for adapting to these changes.

The study took place on Roi-Namur Island in the western Pacific Ocean, part of Kwajalein Atoll in the Republic of the Marshall Islands. The atoll is home to the Reagan Test Site (PDF), a multi-billion-dollar facility used to track satellites, ballistic missiles, and missile defense systems.

The researchers focused on forecasting “tipping points” – when the combination of sea-level rise, storm wave-driven overwash, and reduced rainfall becomes so frequent that existing buildings, fresh water sources, and other infrastructure become unsustainable. Since 1990, sea level in the western Pacific Ocean has risen two to three times faster than the global average. Adding storm waves means flooding on atoll islands could be worse and happen sooner. And climate change forecasts call for slightly reduced rainfall on the islands, making the fresh water problem even more challenging.

Good article from @latimes about nuclear testing on Pacific atolls, including how climate change and rising sea levels could open up a pandoraÃ¢Â€Â™s box of improperly stored nuclear waste from US tests https://t.co/dIs86NP46A

The tipping point when natural fresh groundwater on Roi-Namur and adjacent islands will be unavailable could arrive before 2035 for the worst-case climate scenario. On top of that, most of Roi-Namur’s land could flood with seawater every year starting around 2060–another tipping point. And the tipping point for drinkable groundwater on most low-lying atoll islands world-wide could occur as early as the 2030s.

The Defense Department chose three widely-accepted climate change and sea-level rise scenarios for the study. The first, based on reduced greenhouse gas emissions by mid-century, is known as RCP4.5. RCP8.5 assumes “business as usual” growth in carbon emissions. The third adds polar ice sheet collapse to RCP8.5 to create a worst-case scenario.

Congress cited early results from this study in the National Defense Authorization Act for Fiscal Year 2018: “In the Marshall Islands, an Air Force radar installation built on an atoll at a cost of $1,000,000,000 is projected to be underwater within two decades.” Previous research showed that similar problems face other low-lying Pacific islands, including Laysan Island and Midway Atoll (see “Many Atolls May be Uninhabitable Within Decades Due to Climate Change”).

The U.S. Army Space and Missile Defense Command Technical Center describes the facility and the mission.

(42670)
$0.00 (as of May 15, 2022 05:10 GMT -04:00 - More infoProduct prices and availability are accurate as of the date/time indicated and are subject to change. Any price and availability information displayed on [relevant Amazon Site(s), as applicable] at the time of purchase will apply to the purchase of this product.)