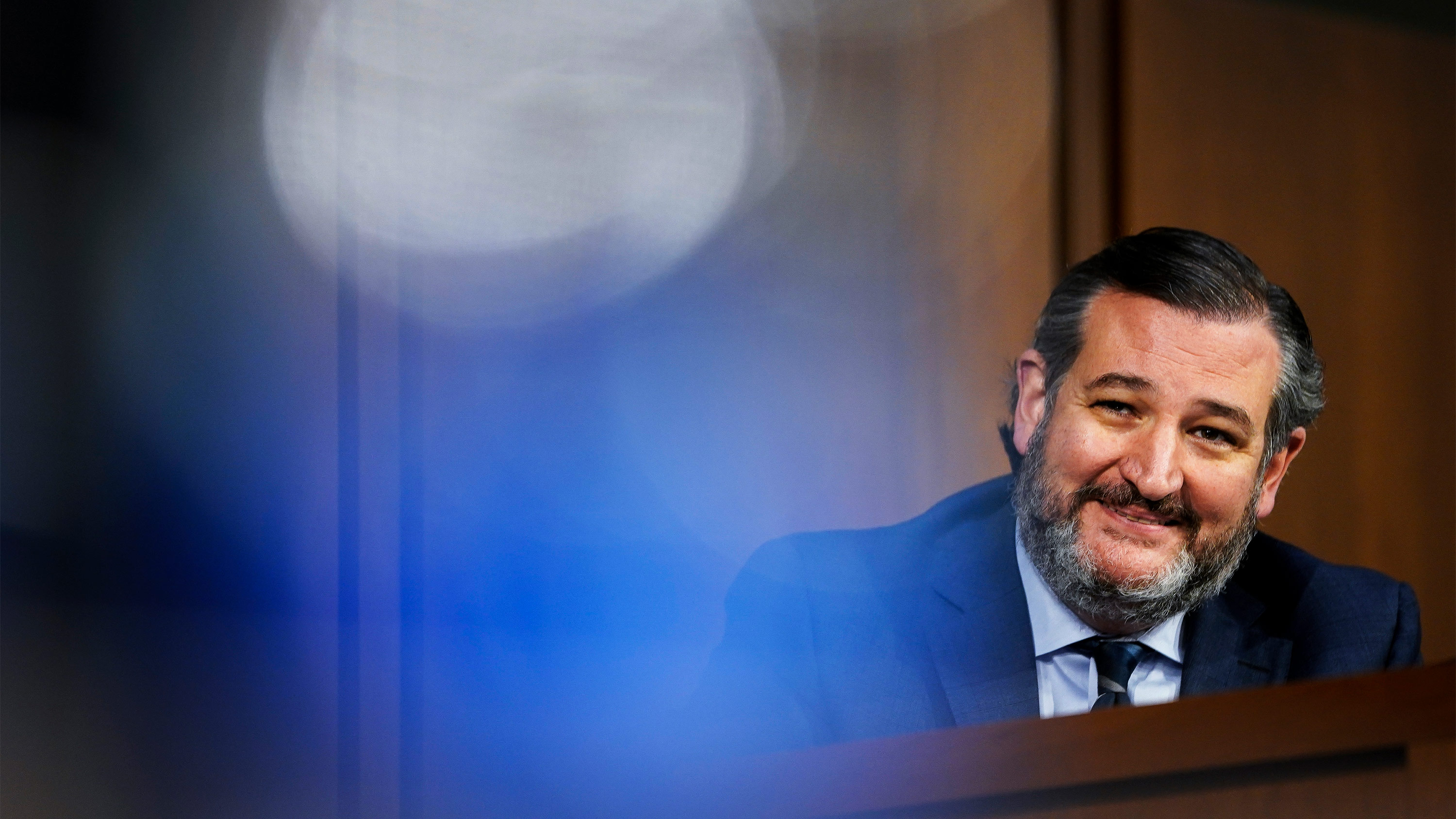 Republicans lined up to get their Fox News sound bites in on Tuesday, during a hearing on Attorney General Merrick Garland’s memorandum on protecting school board members against violence—the very kind of violence promised by the folks Donald Trump and Ted Cruz have been inciting with barely intelligible lies over the past five-plus years.

And, of course, Cruz was once again vying for lead peacock.

Yes, doing a Nazi salute in public is considered protected speech under the First Amendment. There really should be no question about that. Yet unlike Texas Sen. Cruz, vehemently defending such behavior is hardly a hill most of us want to die on.

Somehow, Cruz, whose dignity is still languidly circling the baggage claim carousel at the Cancún International Airport, managed to stand in the gap to oppose all the anti-American fiends who might naively suggest that Nazi saluting ain’t cool. Seriously, who gets in this much of a lather and then tops it off with a full-throated defense of sieg-heiling? Ted Cruz, that’s who.

(86043)
(as of May 18, 2022 04:26 GMT -04:00 - More infoProduct prices and availability are accurate as of the date/time indicated and are subject to change. Any price and availability information displayed on [relevant Amazon Site(s), as applicable] at the time of purchase will apply to the purchase of this product.)