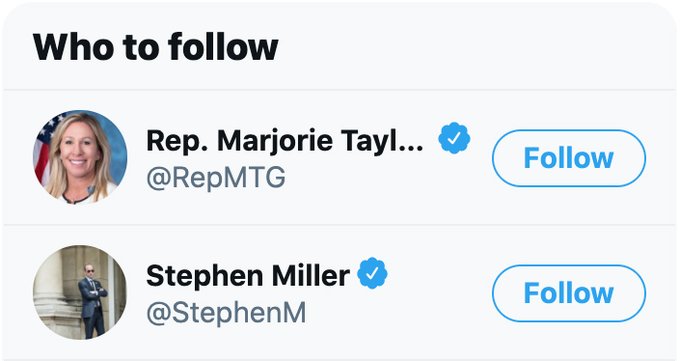 Reminder: Donald Trump and his allies lost 64 cases in the post-election. They won one.

“…if the official had a defense.”

A failure to convict will continue to entrap those who support him, whose unhealthy emotional bonds prevent them from seeing the damage that is being done to their personhood, livelihood, health, and even lives. It is a disservice to collude with their psychological defenses against the pain of disappointment, further entrenching them in potential future trauma upon learning the truth.

Clear boundaries need to be set that a leader should not abuse, let alone kill, the people he has sworn to serve.

The first step to healing a massive mental health pandemic is to convict, set limits, return to reality, and restore the standards of lawfulness, order, and safety. We should not continue to permit a dangerously unfit person who held high office to spread unmitigated violence, trauma, and mental pathology. Mental health professionals who routinely manage dangerous personalities have vital knowledge to contribute to society and should be consulted.

Marcy Wheeler makes some important points about the impending trial.

There are some weaknesses and gaps in the House impeachment case against the former President (which I’ll probably return to).

But there’s one giant gap in Trump’s defense.

Generally, Trump argues three things: his incitement was speech protected by the First Amendment. The House moved too quickly to impeach but having impeached him while he was still President the Senate can’t now try him, as required by the Constitution. Along the way he makes a soft case that his attempts to undermine the election results can’t be proven to be unjustified (in at least two places, those claims are demonstrably false).

But I’m most struck by Trump’s silence about his treatment of Mike Pence.

The House brief mentions Pence, by title and sometimes by name, 36 times. Those mentions include a description of how Pence was presiding over the counting of the electoral vote, how he fled when Trump’s mobsters flooded into the Capitol, how the attackers targeted him by name, how Secret Service barely kept him safe, how Trump’s own actions made Pence’s danger worse.

There's an entire section of the House brief addressing Trump's [unconstitutional] demands of Mike Pence that Trump ignores and — with that language — thereby denies, as I laid out here. https://t.co/6gknxiGaaT— emptywheel (@emptywheel) February 4, 2021

In other words, a key part of the House brief describes Trump giving Pence an illegal order, and then, after Pence refused to follow that order and announced he would do his own Constitutional duty, Trump took actions to focus the anger of the mob on his own Vice President.

It’s not just what Trump said about Pence, the incitement of an assassination attempt against his Vice President that Trump claims is protected by the First Amendment, but it’s about an illegal order Trump gave to Pence, which Pence duly ignored.

That order was unconstitutional, and as such is not protected by the First Amendment.

….the feds noted in a detention request for a Proud Boy that a terrorism enhancement could apply in the case

I wrote about the 3 factions in the House GOP and how they explain Cheney getting 61 votes against while Marge Q Greene only got 11. https://t.co/hig89G0gfn

House passes resolution to strip Marjorie Taylor Greene of her committee assignments after she endorsed the execution of House Speaker Pelosi, 230-199.

“I was allowed to believe things that weren’t true.”

“I was allowed to believe things that weren’t true.” Rep. Marjorie Taylor Greene says she regrets her past comments before House vote to strip her committees: https://t.co/Yph5uZBLkt

8kun owner Jim Watkins and his son Ron appear to be within the blast radius of Dominion's nuclear assault on the right wing conspiracy theory industry. I have a feeling we might have seen the last Q drop for a very long time. Or maybe not! You can never tell with this stuff. https://t.co/XwsWU4UEnH

There's a picture going Facebook right now that refers to the 10 Days of Darkness.

Some Q people believe Trump is still in power and has been secretly executing the Deep State for the last 10 days in front of the White House. pic.twitter.com/JqzqAU4Q77

Lawmakers stood before the House to tell their personal, often stunning accounts of the siege of the U.S. Capitol by a pro-Trump mob, preserving for the record their own memories of the most violent domestic attack on Congress in the nation’s history. https://t.co/eoiYnpoyEo