After a few weeks of Lieutenant Pence hogging the Trump spotlight, the General has found a way to ambush his own troops. Donald Trump, by his own account, served in the Vietnam War by avoiding venereal disease. In 1993 the alleged business mogul said, “You know, if you’re young, and in this era, and if you have any guilt about not having gone to Vietnam, we have our own Vietnam — it’s called the dating game,” Trump said to [Howard] Stern in a 1993 interview. “Dating is like being in Vietnam. You’re the equivalent of a soldier going over to Vietnam.” Mr. Trump is now on the front lines, intellectually unarmed and ducking Covid-19 fire.  Maybe I am being too harsh, he was willing to grab [potential] “landmines,” which was how he described women’s vaginas.

Hold on, hold on some of you are saying, Stern is a shock jock lighten up!

I might agree with that had not the future President postulated after 9/11 now that the towers have fallen I have the tallest building in New York: “40 Wall Street actually was the second-tallest building in downtown Manhattan, and it was actually before the World Trade Center the tallest, and and then when they built the World Trade Center it became known as the second-tallest, and now it’s the tallest…” Trump said. Just yesterday in response to a purposely incendiary and intellectually obtuse question from One American News reporter Chanel Rion, “Mr. President, do you consider the term ‘Chinese food’ to be racist because it is food that originated from China?” This was actually a prompt for Mr. Trump to launch into a mini tirade against the media and deny his use of the term “Chinese-virus” as being racist or xenophobic.

Flanked by people who are knowledgeable and can offer something more serious than, “we’ll see what happens” the President takes center stage to toss out misinformation—like paper towels, wave rehashed feel-good one-page safety guidelines, and flail around with financial ideas with little action, so far.

After each presser, where the President tells us tests are available to everyone, treatment and equipment are just  ‘beautiful’  we then hear a bevy of nurses, doctors, technicians and a multitude of experts beg for more protective gear and action. Most of the real measures have been initiated by state governors and mimicked by the President, shelter in place orders, non-essential business closures, and utility shut-off notices and evictions suspended. In instances where the Governors have asked for immediate help with procuring protective gear and supplies for their stressed healthcare workers, the President said to them the U.S. is not a “shipping clerk.”

With his lieutenants, sergeants and foot soldiers paying him homage before they make a statement, the General revels in the false glory of his impotence.  Mr. Trump led us over the hill like Custer at first trying to convince us the coronavirus was a hoax.  Once the obvious became apparent to him he sought to blame Obama, unlike former president Truman the passing of the buck has not stopped, but eventually, the bill comes due. 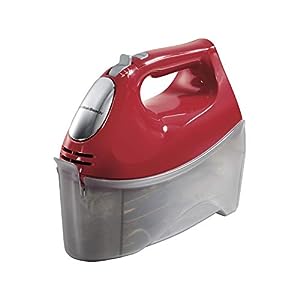