Remember the photo below? Pete Souza, President Obama’s official White House photographer, took this picture during the raid that got Bin Laden, the one that Trump dismissed, saying that all Obama had to to was say “OK.” Well, in Souza’s photo, Obama and his team look engaged, active, concerned, involved.

Contrast that with the photo above, released by the White House today trying to show Trump looking as involved — if not more involved — than the man he hates more than just about anyone. If you think that photo looks staged, you’re right. Everyone is posed like they’d just been ordered to stop giggling. And Trump in particular looks like he wants to show he’s mean, but really it’s more like he’s constipated. (Or supply your own ideas.)

Pete Souza originally tweeted that the raid was over 90 minutes before this photo was taken, but then added a later tweet:

The latest reporting from the NYT: the helicopters left Iraq at 5PM (Washington time), and they reported it was about a 70-minute flight to Syria. So actual raid had to happen some time after 6:10PM.

The timestamp on this photo is 17:04 (EDT), so the raid hadn’t quite happened yet. Souza insists he’s not saying the photo was staged, but it definitely shows the contrast between a real president (below) and a reality TV host. 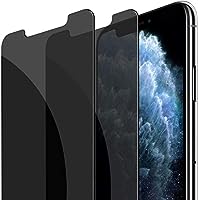