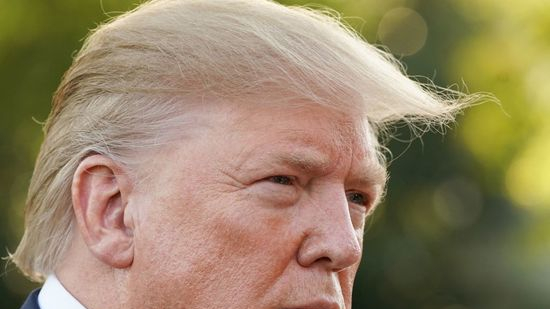 Trump’s attempt to rationalize the use of the 2002 AUMF to kill Qasem Soleimani has now failed and Congress is now ready to vote on War Powers resolution(s) and AUMF revisions that are specific to the current possibility of major warfare.

Trump’s strategy has been maximum pressure, minimum results. Trump constantly reiterates that he will never allow Iran to acquire a nuclear weapon, but it’s closer to that goal now than it was when Trump took office. The US is also closer to leaving Iraq

We should not assume this is the end of Iran’s retaliation for the death of Maj. Gen. Qasem Soleimani, the fearsome head of the Quds Force. Most likely this is only stage one. Stage two is likely to be a more deniable and costly terrorist, naval or cyber-attack. Senior U.S. commanders will need greater security after the precedent President Trump has established by killing a top general. The Iranians will also continue their political offensive to force U.S. troops out of Iraq. For now, however, the Iranians are eager to give the United States an off-ramp to deescalate.

…There is a danger now that hubris will follow: Previously cautious in the use of military power, Trump may feel emboldened by the seeming success of his risky gambit — killing Soleimani — to become more promiscuous in the use of force.

But it’s not time to declare “mission accomplished” yet. Contrary to Trump’s Tuesday night tweet, all is far from well. The United States-Iran confrontation, which began when Trump exited the nuclear deal in 2018 and imposed sanctions on Iran in 2019, is far from over. At best we now have a pause that gives room for diplomacy to function. The question is whether Trump will seize the moment.

There was, alas, scant sign of a diplomatic opening in Trump’s statement on Wednesday, which included an announcement of further sanctions. The dangerous confrontation with Iran is likely to continue, with the Trump administration no closer to reaching its stated goals. Trump may have scored a tactical victory, but a resolution of this crisis remains as elusive as ever.

Short of calling witnesses not subject to privilege, it now seems more likely that Trump, presented with a major distraction from the Arms for Dirt scandal, chose to divert attention to a conflict with Iran. ‘Imminent threats’ are not necessarily proportional when they appear as targets of opportunity.

The House is moving forward with @RepSlotkin's War Powers Resolution limiting the President’s military actions regarding Iran. The Admin must work with the Congress to advance an immediate, effective de-escalatory strategy which prevents further violence. https://t.co/i3KU9bqWqh pic.twitter.com/9bwnjBMjnz

The untested precedent is that Soleimani was part of Iran’s IRGC, which Pompeo designated back in April as a Foreign Terrorist Organization (FTO), over the objections of the Joint Chiefs. It’s the first time in history we’ve designated another nation’s military as FTO. This is the way the WH rationalized the strike.

Sen. @RandPaul on Iran briefing: "They have justified the killing of an Iranian general as being something that Congress gave them permission to do in 2002. That is absurd, that's an insult." pic.twitter.com/ReCWW2Nbm3

The 2002 AUMF provides for war against Saddam Hussein’s Iraq regime. It is not a valid authorization for any current engagement in Iraq, and it certainly does not apply to actions against Iran.

2002 AUMF does NOT authorize military force against Iranhttps://t.co/4Znye6WyPb

This is the same fella that organized a slew of Senators to cooperate with Iranian hardliners to prevent a President from making peace bc Congress has to approve treaties. https://t.co/pxt8LWKJO3 https://t.co/e83LorlXL9

Interesting nugget in NYT piece: "In the days before #Suleimani’s death, Gina Haspel had advised Trump that the threat the Iranian general presented was greater than the threat of #Iran’s response if he was killed, according to…officials."https://t.co/w5QpXgGPbr

The guy who invented a Michigan Man of the Year award is asking Americans to just trust him on this one.

My piece on how Trump’s years of incessant lying have undermined his case on Soleimani, and how his post-killing dishonesty hasn’t helped either: https://t.co/OuEgNG0ZA3

“There are no quick fixes for this one; and those are the only kinds of fixes Trump-the-needy knows or can imagine.

The president took the one plank for possible conciliation — a nuclear deal that had gotten Americans and Iranians talking to each other at last — and blew it up.” https://t.co/D6R9P2yky7