The Wall Street Journal in an editorial tries to rationalize the GOP stunt of crashing the Capitol SCIF. Because like the GOP, they’ve got nothing but process objections.

Apparently fitness for office is irrelevant because Trump’s infallibility assumes that shooting someone on Fifth Avenue requires hitting a barn door.

An editorial from the conservative Wall Street Journal argues that President Donald Trump does not deserve to be impeached because he was too incompetent to properly carry out a corrupt act.

In an editorial that criticizes Rep. Adam Schiff (D-CA) for holding impeachment inquiry testimony behind closed doors so far, the editorial board argues that ambassador Bill Taylor’s testimony that Trump directly tied military aid to Ukraine to investigating his political opponents shouldn’t be seen as an impeachable offense because the president got caught doing it.

“It may turn out that while Mr. Trump wanted a quid-pro-quo policy ultimatum toward Ukraine, he was too inept to execute it,” they write. “Impeachment for incompetence would disqualify most of the government, and most Presidents at some point or another in office.”

Man alive, this is the most bad-faith-argument-disguised-as-logic this side of Trump’s claims of a deep-state coup.

Bombshell. The walls are closing in. Donald Trump’s defense has collapsed. The quid pro quo has been proven, the case for impeachment is obvious, and the only question remaining is whether the lickspittle Republicans will finally do their duty and vote to oust this disgraceful President.

That’s more or less been the unanimous chorus in the impeachment press since Tuesday, when State Department envoy to Ukraine William Taylor testified to the House Intelligence Committee.

As did the Iran-contra select committee. https://t.co/sSkd2DxJ2t 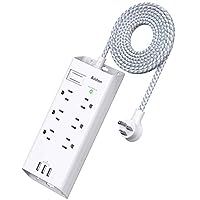