Even David Plouffe who tried not to criticize the Iowa caucus system because he onced work for the Iowa Democratic Party said that this will probaby be the last Iowa caucus.  I was like a lot of other political junkies trying to get my fix by watching the results come in on MSBNC, but lo and behold, NOTHING.  I did get to watch a panel of pundits discuss this debacle, and let’s face it Iowa caucus fans.  This was a disaster.

First up, I cannot recall this ever happening before, and I have been watching results come in since 1980.  No results.  None.  Iowa prides itself on starting to winnow the field, but instead it muddled it.  All the candidates are now in New Hampshire.  No momentum for the candidates to cash in on, if there was ever going to be any, to help them out in the next contest.

In other words, any victory for a candidate out of Iowa will be dampened because of the news cycle.

Yes, the Iowa caucus fans will argue that this was a technical glitch only.  There is noting inherently wrong with the premise of having people stand around for hours arguing with others to vote for their candidates and make an arbitrary cut off of 15% attendee support to obtain delegates based upon some math formula.  It was just a glitch.  The app didn’t work.

Even David Plouffe said this fuck up will fuel conspiracy theories, and it is not like the Democratic Party needs any more conspiracy theories from some in the base who suspect the establishment of wanting to steal the electoral process.  It is not like we don’t have any hard lingering feelings from 2016.  Even those who aren’t prone to CT’s will be like, “What the hell is going on in Iowa?”

And I kept hearing all night long how there was all this excitement and YUUUGE turnout expected for this undemocratic system Iowans love so much.  Then, anecdotal stories start to come in that some precincts have less people than in the last caucus.  OK.  It’s just a few precincts.  Surely the turnout is YUUUGE at other caucus sites.

Then, the ever silent Iowa Democratic Party releases a statement that the turnout is on par with 2016.  The percentage turnout of voters in 2016 was 29%.  How very, very, very democratic of the Iowa caucus system.

It was at this moment that Lawrence O’Donnell and the rest of the panel poured a metaphorical pot of coffee over Rachel’s head by telling her that romance is not rational.  And I found myself in agreement with the rest of the panelists, and it is a group that I normally strongly disagree with (Brian Williams, Claire McCaskill, and Michael Steele to name a few).  We are trying to make voting easier to get more of our supporters out not have a contest geared toward the most engaged or the few who have the time and are physically able to go to some gym or church.

We are trying to beat Trump here.

I know that I will not convince any Iowan or Iowa caucus fan to change their minds.  They love their electoral system.  Hopefully, Democrats in the other states will have had enough of this shit and will find a way to end Iowa’s first in the nation status of voting. 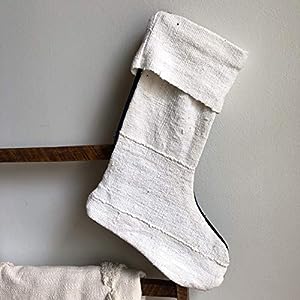