A new Harvard report shows that testing needs to be immediately ramped up by at least three times beyond its current level.

The difficulty of raising the level of testing depends on scaling up local, regional, and state levels, and despite the manufacturing of artificial markets and logistics for PPEs and testing technology.

Sadly the entire system of testing has come with massive corruption in terms of oligopolistic cartelization of firms and providers, promoted by the Trump administration and designed to profit favored corporate firms.

Had the Defense Production Act (DPA) been fully instituted, standardization of tests and proper distribution according to types and capacity could have been nationally coordinated.

Now, the national situation contains regional fragmentation and manipulation of supply of testing components where for example, testing machines may get delivered but with only 15% of supplies for them.

New estimates by Harvard researchers suggest that the U.S. cannot safely reopen unless it conducts more than 3 times the number of coronavirus tests it's currently administering over the next monthhttps://t.co/qhca6R2A2p

An average of 146,000 people per day have been tested for the coronavirus nationally so far this month, according to the COVID Tracking Project, which on Friday reported 3.6 million total tests across the country. To reopen the United States by mid-May, the number of daily tests performed between now and then should be 500,000 to 700,000, according to the Harvard estimates.

“If you have a very high positive rate, it means that there are probably a good number of people out there who have the disease who you haven’t tested,” said Ashish Jha, the director of the Harvard Global Health Institute. “You want to drive the positive rate down, because the fundamental element of keeping our economy open is making sure you’re identifying as many infected people as possible and isolating them.”

The researchers said that expanded testing could reduce the rate to 10 percent, which is the maximum rate recommended by the World Health Organization. In Germany, that number is 7 percent, and in South Korea, it is closer to 3 percent.

There is variation in the rate of testing and positive results among states, but most need to administer more tests to get to the level the researchers suggest — a minimum of about 152 tests per 100,000 people each day.

2 grim warning from senior ranks of the WHO:

– no evidence that antibody tests now being developed would show if a person has immunity or is no longer at risk of becoming reinfected by the Covid-19 virus
– no guarantee that a vaccine can be developedhttps://t.co/Q5EDjHlUVu pic.twitter.com/1JoYX2Cjth 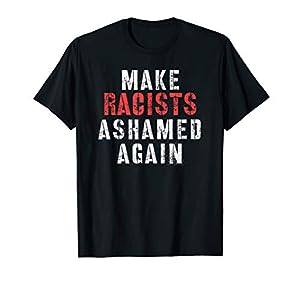