Yet another blow to our food supply delivery system.

NEW YORK/CHICAGO (Reuters) – A slew of U.S. ethanol plants have shut down as fuel demand has collapsed during the coronavirus outbreak, and meatpackers have been hit by a worrying side-effect: less carbon dioxide is now available to chill beef, poultry and pork.

“We’re headed for a train wreck in terms of the CO2 market,” said Geoff Cooper, president of the Renewable Fuels Association industry group. The RFA said 29 of the 45 U.S. ethanol plants that sell carbon dioxide, or CO2, have idled or cut rates. The U.S. ethanol sector is the top supplier of commercial carbon dioxide to the food industry, accounting for around 40% of the market, according to the American Farm Bureau Federation.

That has put the U.S. meat industry on high-alert. It uses carbon dioxide as a refrigerant and preservative for meat, and also uses the gas to stun animals before slaughter.

The CO2 crunch is the latest supply chain disruption threatening the food industry as it struggles to keep workers on the job during the coronavirus outbreak while meeting rising demand at grocery stores.

An eight mile long line for food at a food bank, I think we are in a Depression.

Produce is rotting on the vine in South Florida, but the demand at food banks is higher than ever. At a recent food giveaway in Miami, the line of cars was eight miles long. Incredible story by @Carlos_Frias & @KevinGHall https://t.co/r0rpT1wkK1

Trump Is Racist If You Support Him So Are You Poli...

Steffen Mueller writes in a February 2017 opinion piece in Ethanol Producer Magazine on how a shutdown of ethanol plants can’t be economically replaced. He states that 43 percent of “domestic CO2 by-product for refinement and liquefaction is derived from 48 ethanol plants, mostly in the Midwest. While several regions in the U.S. are saturated, more ethanol plants will be tapped for carbon dioxide feedstock in the future as the U.S food industry continues to expand”.

Tyson Foods Inc said on Monday it shut an Iowa hog slaughterhouse after more than 24 cases of COVID-19 involving employees at the facility, in the latest disruption to the U.S. food supply chain from the coronavirus outbreak. https://t.co/RdvrxzQdIl

Carbon dioxide sourced from corn-ethanol plants is not a waste-recovery product but a coproduct that, in many regions, can only be replaced by higher-emitting, less-economical resources. A reduction in U.S. ethanol production (for example, in response to policy changes) would inadvertently pose a significant disruption to the billion-dollar carbon dioxide industry, and the U.S. food industry.

Fermentation from corn-ethanol plants is the largest single-sector CO2 source for the U.S. merchant gas markets. A valuable  commodity, it averages $95 per ton with a large number of applications led by food and beverages and dry ice applications. Light industrial users in the merchant market include metal welding, chemicals, pH reduction and CO2 fracking applications in oil and gas.

Carbon dioxide sources are highly sensitive to location, shown in the accompanying map. Due to a lack of strategically located alternatives, the current ethanol plant fleet cannot be economically replaced. For example, there are not enough ammonia plants, the second-largest CO2 source, available to replace ethanol sources. The drought of 2012 illustrated the major scramble required to meet the potential disruption of CO2 supply during the peak summer-to-fall period. Ultimately the industry impact was contained to the mid-Atlantic and Eastern U.S., but large consumers of CO2, including a major food producer, considered buying or leasing a fleet of CO2 trailers until they found a suitable refrigerant replacement.

The loss of CO2 from ethanol would result initially in product shortages, driving up costs for refrigeration and other applications. Any new sources would be much more expensive due to the lack of strategic location. Many of the cryogenic freezing, chilling and allied applications now utilizing CO2 would have to go to other methods such as liquid nitrogen, requiring major reconfigurations. Nitrogen requires air separation plants with high power demands. Many other unique cases exist for CO2 application where replacing the commodity could not be achieved by conventional means.

The U.S. government has identified 35 minerals critical for the economy and national security. These include lithium, nickel, cobalt, and manganese. Many of these are also essential for decarbonization. Every electric car requires 10-20 pounds of cobalt and 40 pounds of lithium!

Within critical minerals, there is a subset known as rare earth elements, REEs (while the government puts all REEs in the critical minerals list, not all REEs are critical for the economy). REEs are especially crucial for high-tech products such as electric and hybrid vehicles.

The US relies predominantly on imports for 29 of the 35 critical minerals. For REEs, however, it is fully dependent on imports. The political problem is that China controls 70% of global REE supplies.

The Chinese government has not been shy of using this monopoly for political ends. In 2010, when Japanese coast guard detained a Chinese fishing trawler, China cut off REE supplies to Japan. More recently, Chinese President Xi Jinping suggested that in response to US tariffs, China may cut off REE exports to the US. 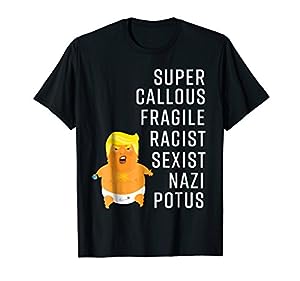