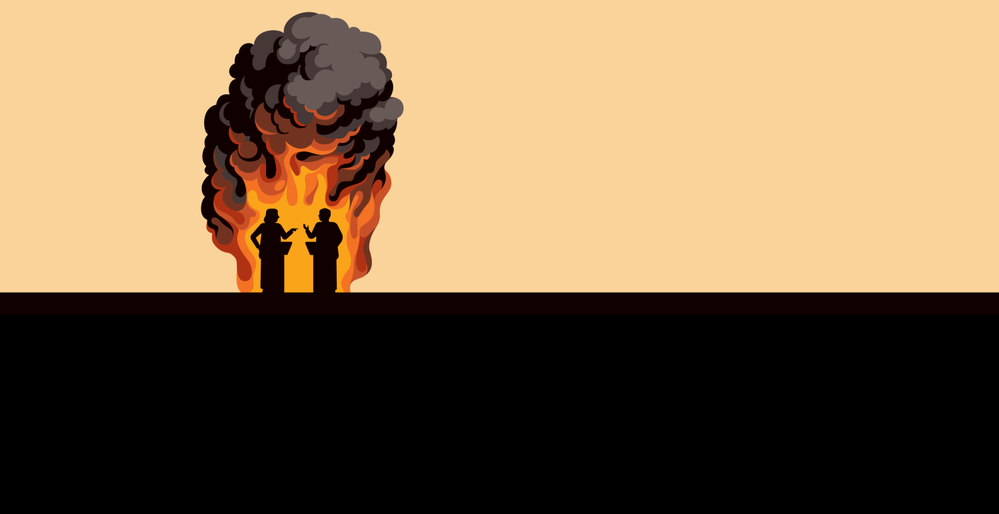 According to a new report prepared by the US Army and, commissioned by the Pentagon, found that the next couple of decades will be so chaotic due to a warming climate that we will be unable to adapt in time. Our inability to change will be the result of years of inaction by ‘leaders’ who have kicked the proverbial can of worms down the road for future generations to solve.

The report predicts that within the next twenty years, our power grid infrastructure will be unable to adapt to the expected extreme temperatures that are bearing down upon us. During this time, people will be hungry, thirsty, and unable to cope with unbearable heat.

The key players in the study were NASA, the military, and defense intelligence agencies, and they warned the Pentagon ‘to urgently prepare for the possibility that domestic power, water, and food systems might collapse due to the impacts of climate change as we reach mid-century.’

As these impacts intensify, the military itself may collapse, they suggest, ‘as it tries to respond to climate collapse. It could lose the capacity to contain threats in the US and could wilt into mission failure abroad due to inadequate water supplies’.

The report is lengthy but easy to read, unlike most climate journals. Skimming the stories is recommended

Changing levels of rainfall put the U.S.’s energy grid at risk. Over 7.3 billion people currently inhabit the planet, a little more than half of which live in cities.82 In the United States alone, ten cities contain more than one million people, and more than 35 with a population of over 500,000.83,84 The power grid that serves the United States is aging and continues to operate without a coordinated and significant infrastructure investment. Vulnerabilities exist to electricity-generating power plants, electric transmission infrastructure and distribution system components. Power transformers average over 40 years of age and 70 percent of transmission lines are 25 years or older. The U.S. national power grid is susceptible to coordinated cyber or physical attacks; electromagnetic pulse (EMP) attacks; space weather; and other natural events, to include the stressors of a changing climate.85,86
Effects of climate abnormalities over time introduce the possibility of taxing an already fragile system through increased energy requirements triggered by extended periods of heat, drought, cold, etc. If the power grid infrastructure were to collapse, the United States would experience significant

• Loss of perishable foods and medications

"All other political issues, from healthcare to housing, will become secondary."#ActOnClimate https://t.co/toKEiKrynB

Nafeez Ahmed does an excellent job summarizing the report.

He writes in Vice:

Senior US defense officials in Washington clearly anticipate a prolonged role for the US military, both abroad and in the homeland, as climate change wreaks havoc on critical food, water and power systems. Apart from causing fundamental damage to our already strained democratic systems, the bigger problem is that the US military is by far a foremost driver of climate change by being the world’s single biggest institutional consumer of fossil fuels.

The prospect of an ever expanding permanent role for the Army on US soil to address growing climate change impacts is a surprisingly extreme scenario which goes against the grain of the traditional separation of the US military from domestic affairs.

In putting this forward, the report inadvertently illustrates what happens when climate is seen through a narrow ‘national security’ lens. Instead of encouraging governments to address root causes through “unprecedented changes in all aspects of society” (in the words of the UN’s IPCC report this time last year), the Army report demands more money and power for military agencies while allowing the causes of climate crisis to accelerate. It’s perhaps no surprise that such dire scenarios are predicted, when the solutions that might avert those scenarios aren’t seriously explored.

Rather than waiting for the US military to step in after climate collapse—at which point the military itself could be at risk of collapsing—we would be better off dealing with the root cause of the issue skirted over by this report: America’s chronic dependence on the oil and gas driving the destabilization of the planet’s ecosystems.

There is so much more at the Vice and the DOD report links to explore.