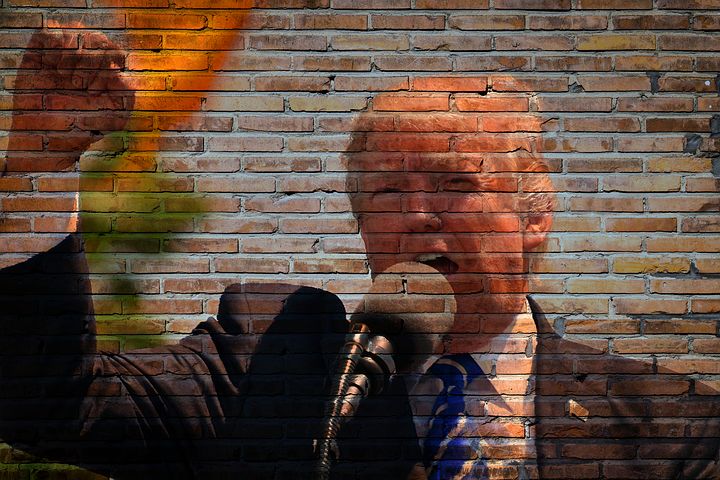 Why can’t we trust this man? Just a week after the President may have disgusted a large part of his base, the military, by interfering with the Navy’s decision to strip Navy Seal/Petty Officer First Class, Eddie Gallagher of his Trident pin, he unexpectedly visited the troops in Afghanistan yesterday. The President trades in rumor, insult and twitter innuendo so much, his pseudo announcement of possible peace negotiations with the Taliban is being met with deserved skepticism.  A day after the United States gave thanks for its years of bounty, a knife-wielding terrorist stabbed a number of people on the London Bridge. The good news to this point, no one has died, the bad news may yet come, and the people of America await some sort of xenophobic incentivized insult or Muslim inspired slur toward London’s Mayor Sadiq Khan.

Of course, it cannot be forgotten his [Trump] uncharacteristic show of compassion, demonstrated by serving of meals and eating with the troops yesterday, instead of tossing paper towels, as if he was shooting hoops, is not his norm. This may be the usual tactic to distract us away from the House Judiciary Committee’s Impeachment hearings unfolding this week. This week wait for a higher than usual flood of public appearances, strange and radical suggestion, accusatory finger-pointing and Rudy Giuliani dodging bus wheels.  The last time the president meekly told us to go talk to his lawyer, Michael Cohen ended up in shackles and sentenced to 3 years in prison.

This may surprise some of you, but I believe Mr. Trump is right in his desire to reduce and eventually remove troops from Afghanistan. During his presidential campaign, when he talked of getting the U.S. out of “stupid wars” I did not stand but I applauded. The problem is the question I started with; why can’t we trust this man?  When America left the Kurds to the mercy of their enemies the Turks in October he said, “I campaigned on bringing our soldiers back home, and that’s what I’m doing,” those troops are not home. The list of broken promises is long and extensive, Mexico, not taxpayers, paying for his “Wall.”  The return of the coal industry, healthcare would leave people with “great health care” and “beautifully covered.” Meanwhile, the Trump administration has been in an ongoing court battle that, among other things, would leave people with preexisting conditions out in the cold waiting rooms once again.  His zeal to garner votes over common sense is becoming a nightmare.  Photos and letters validating the brutal regime of Kim Jong-un.  Distrust created with our allies because of his constant and inexplicable support of Vladimir Putin. His withdrawal, finalized in 2020, from the Paris Climate Accord flies in the face of warnings to future generations on climate change disasters.

Republicans say ‘future smuture’ when it comes to climate change but when Democrats are in charge, they accuse liberals of increasing the national debt and not caring about the bank accounts of their grandchildren.  Those bank books will not keep are grandchildren afloat nor will homes stand in the face of unprecedented winds and weather.  So, While we lie around today with bellies full of bourbon brined turkey, thanks sis,’ crumb covered baked mac and cheese, thanks to Bunny, and Teriyaki ribs thanks Sandy, let us not make Donald Trump our just dessert;