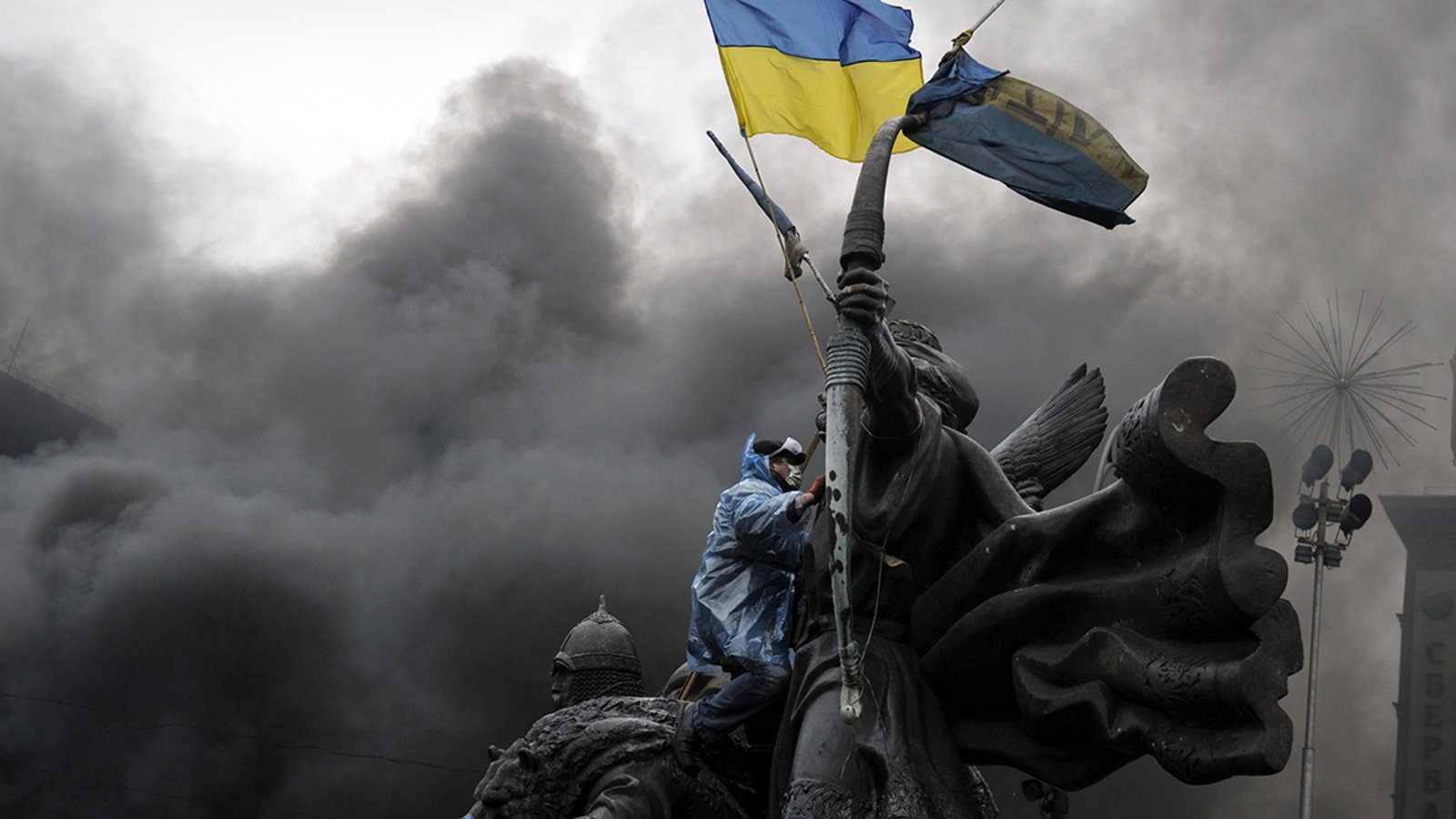 We haven’t yet reached that point where the losses to the Russians are sustainable. Replacements may be on their way to the front. They likely will not see the same troops who have until now resisted any new advances. There have been some Ukrainian counter-attacks. The Russians now settle for longer range bombardment with artillery and missiles, resulting in mass casualties of citizens. Odessa may be the next major target. The UN Security Council has an emergency meeting scheduled.

This claim may become true in a few weeks: “Russia has basically lost the war and will be unable to topple Ukraine’s government or “demilitarize” Ukraine”. Below the fold are some disinformation examples as the information war may have had its zenith with the showing of emotive atrocity images in Zelensky’s speech to the US Congress.

A background briefing about the Russian war on Ukraine with a senior U.S. defense official has just concluded.

It’s Day 21 of the invasion, and there are a few significant updates:

#Russian forces face mounting difficulties replacing combat losses in #Ukraine, including the possible death of the commander of the 150th Motor Rifle Division near #Mariupol. Read the latest report from @TheStudyofWar and @criticalthreats: https://t.co/YpM1plQIlL pic.twitter.com/opx4Hv8hc7

🔴As of the morning of March 16, the Armed Forces of #Ukraine delivered a devastating blow to groups of invading Russian forces in the temporarily occupied territories of Ukraine and launched a counter-attack in some areas:#UkraineWillPrevail https://t.co/PcyxRbDfpI

#Ukraine: The 28th Mechanized Brigade of the Ukrainian Army destroyed/captured more Russian armour; a BMD-2, a BMD-4M, transport truck, and a T-72B3.

And yes, we know what that cage is called. pic.twitter.com/0QyTdhqMff

#Ukraine: A Ukrainian Recon drone found the firing location of a Russian Buk SAM system and despite Russian forces wisely moving quickly, was able to direct artillery fire, destroying the TELAR and other vehicles. pic.twitter.com/kiQmPwIizE

I’m sure a lot of work goes into estimating these figures, but the US number for Russian troop deaths is suspiciously close to splitting the difference between Ukraine and Russia’s respective numbers https://t.co/YHyeX80rqi pic.twitter.com/kE0fDG49kn

Another intercept of RU soldier talking to his girls.

– Out of 500 people less than 100 are fucking alive… Who needed this fucking war?… + all kinds of cursing to #Russian military leadership.#StandWithUkraine #нетвойне #РоссияСмотри #FreeIvanFedorov pic.twitter.com/RsQX5Fym3v

Though Moscow continually reports low numbers, troop casualties may be higher than what Russian officials are saying. https://t.co/uJGhb4RXUd

A U.S. senior defense official says there are no indications that replacement troops have moved into Ukraine yet. However, the United Kingdom Ministry of Defense says some have already arrived.

Putin offered Syrian military personnel monthly salaries from $200 to $300 USD for six months, including other “privileges” to join Russia’s fight against Ukraine.

Over 40,000 Syrians have enlisted to fight, according to reports from the Syrian Observatory for Human Rights (SOHR)—a Syrian non-governmental group.

“We find it noteworthy that [Russian President Vladimir Putin] believes that he needs to rely on foreign fighters to supplement what is a very significant commitment of combat power inside Ukraine as it is,” a DOD spokesperson said, adding that Russia is turning “frustrated by a stiff Ukrainian resistance.”

Russia’s reinforcements may be arriving sooner than later. Four Russian warships were spotted sailing through a strait in northeastern Japan Wednesday.

The Japanese Defense Ministry said the ships could possibly be transporting troops and combat vehicles to Ukraine. The vessels then entered the Tsugaru Strait, about 430 miles east of Russia’s far eastern city of Vladivostok.

These are the indicative estimates of Russia’s losses as of March 16, according to the Armed Forces of Ukraine. pic.twitter.com/QwOv9N1SSX

This is an astonishing number of casualties. If the Pentagon’s 7000 figure is correct, that’s more than twice as many deaths as we took in 20 years in Afghanistan in *just three weeks*.
The implications for Russia are immense. /1 https://t.co/ETXrxQxZXv

For one thing, there’s no way to keep this a secret. The Soviets learned this the hard way in Afghanistan. Putin – raging about “bastards and traitors” – is going to learn it now.
Filming a bunch of Russian gym rats wearing a “Z” and chanting stuff isn’t going to fix that. /2
But it also means that Putin might be getting close to his Hitlerian “The Russian people have failed me” moment. His speech today was totally crazypants; so far, he’s blaming the rich Russians who have turned against Russia. But at some point, he will see traitors everywhere. /3
What happens at that point is a huge dice throw. If he has any sense of self-preservation, he’ll take a deal with Ukraine, lick his wounds, and plot revenge for the future.
That’s the best outcome.
/4
I do not want to speculate on worse outcomes. But when a paranoid like VVP decides that his own army and security people are traitors, and he has priests telling him that he’s God’s chosen instrument against the drag queens and the vegans, well.
/5x

Zelenskiy’s words to Congress and the video that accompanied them may be long remembered. But what also must remain unforgettable is what the Ukrainian armed forces will do in the harrowing weeks ahead with American and NATO weapons.https://t.co/Vgrbhmshr6

Excellent article!!! It reads like a novel:
These people are heroes! I can’t imagine how many people like these there are in Ukraine…

For all who want to read it, you can try on Apple News:https://t.co/sagjC4MuDx

“They look like trained killers, but, three weeks ago, they were living regular lives, one a barista, another an I.T. manager, all in their 20s, all holding a gun for the first time,” @JaneFerguson5 reports from Kyiv. https://t.co/0kmHWyKBgn

I’m all for supporting Ukraine and I’d also note that, funnily enough, none of this stuff ever needs to be ‘paid for’, CBO-scored, considered inflationary, etc. #justsayin #itcanbedone https://t.co/KseohIM0QV

⚡️Moldova calls on Russia to withdraw from Transnistria.

Moldovan President Maia Sandu called for the removal of munitions and “complete and unconditional withdrawal of Russian forces” from the unrecognized breakaway region during a UN General Assembly meeting on March 16.

The video that President Volodymyr Zelensky demonstrated during his virtual address to the U.S. Congress earlier on March 16.

From 2015: Putin’s efforts to rehabilitate reputation of Stalin, celebrating his military and geopolitical prowess, while brushing aside his ruthless repression of enemies, real and imagined. https://t.co/x2ksgMInNi https://t.co/tVJPiVOGS4

As Ukrainian American economists with close ties and expertise in the region, we want to be clear: It is extremely unlikely that Russians will get rid of Putin in the near future. We need to let go of these fantasies and think through other options instead.

Putin doesn’t fear a coup by oligarchs. But he should fear his fellow spies.

Assassination attempts seldom work. We’ve heard German colleagues say: “We need a Claus von Stauffenberg in Russia right now.” Yet von Stauffenberg was just one in a long line of would-be assassins whose plots against Adolf Hitler failed. Putin is even more paranoid than Hitler, judging from his conspicuously distant seating arrangements. Placing our hopes on an assassination is not only naive, but is widely seen as immoral.

Russian masses will not rise up against Putin. Russia’s disinformation campaign is comprehensive and unrelenting. Opposition politicians are jailed or exiled, independent media has been shut down, and draconian new laws promise up to 15 years in prison to anyone who speaks the truth about the invasion of Ukraine. Bred on this propaganda, most Russians say their president is in the right, that the Russian military has not deliberately targeted civilian areas and that Ukrainians are Nazis. Even relatives of Ukrainians in Russia do not believe the accounts of their fathers, sons, daughters and best friends about the atrocities committed by the Russian army. Protesters number in the hundreds or thousands — compared with tens of thousands who came out just a year ago in response to Alexei Navalny’s jailing — and they’re immediately rounded up by police. At the same time, Putin’s approval ratings have surged since the invasion.

We can’t hold out hope that the punishing sanctions will wake people up. Recall that prior generations of Russians remained behind an iron curtain and endured shortages fordecades. With independent news sources shut down or forced into exile, Russians will continue to believe they’re fighting against a U.S.-backed enemy. Many Russians are more idealistic than materialistic and would be willing to suffer through higher prices and shortages as a matter of principle. Ukrainians’ heroic willingness to risk their lives to preserve their independence has surprised many in the West. Ironically, Russians share Ukrainians’ willingness to put up with sacrifices — except their sacrifices will be made in service of the grandiose visions of a tyrant who has manipulated their patriotism.

As for the Russian elites, they are unlikely to rein in Putin. Historically, there’s been little coordination among Russian oligarchs, who are accustomed to competing against one another. The cleansing of the Russian economic elite over the past decades means those who remain have chosen to toe the line rather than lose their wealth — or their lives. The chosen few at the very top tend to be Putin’s former KGB colleagues, who think just like him. It’s extremely risky for anyone in the inner circle to act out, and anyone who succeeds Putin is likely to remain on the same path.

I have translated and added subtitles to the latest video speech by Vladimir Putin from two hours ago. Please don’t let it go in vain – I want everyone to see what a speech of true fascism looks like.

No further comment needed, it’s all here, in his speech pic.twitter.com/QEzsG9BODX

(22378)
$179.00 (as of May 20, 2022 04:40 GMT -04:00 - More infoProduct prices and availability are accurate as of the date/time indicated and are subject to change. Any price and availability information displayed on [relevant Amazon Site(s), as applicable] at the time of purchase will apply to the purchase of this product.)