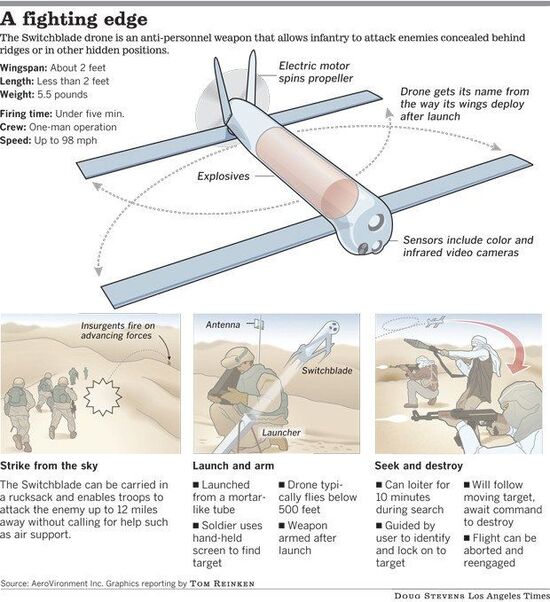 The war continues with Russian troops hiding among hospital facilities in the south using staff as cover or shields. They exhibit slow progress toward Kiev even as talks continue and the PR offensive remains solid with Zelensky speaking to the Canadian Parliament and the Prime Ministers of Czechia, Poland, and Slovenia. Kyiv is not yet encircled but missile and artillery strikes have hit numerous apartment blocks in many cities. The limitations of air defenses as well as troop morale have been discovered as another Russian general has perished and refugee numbers continue to rise.

Disinformation reigns over the situation as some analysts think the current bombardment is meant to force quicker compliance despite threats of using chemical weapons. New US weapons may yet get into the pipeline.

No decisions have been made, but the officials said the White House is mulling whether to equip Ukraine with explosive-laden “loitering missiles,” called Switchblades, as part of a new package of military aid President Biden is expected to discuss on Wednesday.

As of 15 March 2022, the enemy lost (destroyed completely, or lost combat capability) up to 40% of units involved in this so-called “operation” on the territory of Ukraine.

To find out more, RFE/RL spoke with Gustav Gressel, a former Austrian defense official and Russian military expert at the European Council on Foreign Relations.

Gressel: The first blitzkrieg version of the war failed. That’s fair to say. It basically collapsed within the first week of the war and now they’re reorganizing.

We are at a very decisive time and our actions now will determine the course of the war in the coming weeks and whether Ukraine has a chance or not to [keep] standing.

[Russia] will try to fight this war now in [a] more traditionally Soviet [way] than the way they were thinking you’d [normally] fight a fast, lightning war in the 21st century because a lot of their assumptions on that have proven wrong.

We are also [seeing] that a lot of the stuff they did in Syria on a small scale or in Donbas on a small scale, they could not replicate [for] the size of a war in Ukraine, which is substantially larger as a military operation than anything they have done before.

The problem is that switching gears is difficult because they have not brought a lot of the organizational elements that they have at home [into the military theater] in Ukraine, so they actually need to restructure and reorganize the forces very deeply, which is why I think we are seeing such a pause in combat.

With @SecDef and his team in transit to Europe today, there is no background briefing at the Pentagon today about the war in Ukraine. The Pentagon has just released this, though:— Dan Lamothe (@DanLamothe) March 15, 2022

Ukrainian citizens stood and watched their homes burn in flames as firefighters battled to put them out after the Russian military shelled a 15-story apartment building in Kyiv. At least one person has been confirmed dead and some are injured authorities reported. pic.twitter.com/1P94nwULqr— Newsweek (@Newsweek) March 15, 2022

Beirut (AFP) – Besieging cities, shelling civilian infrastructure and arranging “safe corridors”: the tactics used by Russia in its war on Ukraine mirror those it tested and fine-tuned to drain resistance in Syria’s conflict.

But unlike its Syria play book, the challenge Russia faces from a Western-backed army in Ukraine dwarfs that of Syrian rebels who lacked military might or broad international backing, analysts said.

Russia entered Syria’s civil war in 2015 on the side of President Bashar al-Assad’s regime, allowing Damascus to clock up decisive victories in the decade-long conflict.

Since President Vladimir Putin ordered an invasion on February 24, tens of thousands of Russian troops have swarmed into Ukraine, where they have shelled urban centres and forced people to flee, sparking international outrage.

He said “Kyiv is not demonstrating a serious commitment to searching for mutually acceptable solutions,” per Kremlin readout.

Not a good sign, for all the positive noise around Russia-Ukraine peace talks.https://t.co/uqRlWgzv5C— max seddon (@maxseddon) March 15, 2022

A key champion in the Russian media of Vladimir Putin’s illegal attack on Ukraine served up a troubling threat on Monday: this war will go beyond Ukraine.

State television host Vladimir Solovyov is well-known as a fanatical pro-Putin propagandist and a top cheerleader for the war with Ukraine. He claims the Russians are acting in self-defense and liberating a Ukraine that poses an existential threat to Russia. Last month he railed against sanctions imposed on Russia, perhaps because they affected his ownership of villas in the Lake Como region of Italy. This week, he said that the sanctions should be answered with nuclear strikes, exclaiming, “I still think that those who took our money should be told, you have 24 hours to unfreeze our funds, or else we’ll send you what you know we’ve got. Your choice. Tactical or strategic, take a pick. You took our money, you’re the thieves, our talk is short with you: a bullet to the head.”

Bluster is his style. And on his broadcast, The Evening with Vladimir Solovyov, he also recently proclaimed that the attempted conquest of Ukraine is only the beginning of Putin’s grand plan. In keeping with Putin’s brazen disinformation campaign, he depicted the Russian invasion as a crusade against Nazism. He compared recent events in Germany in which Ukrainian refugees have shouted, “Glory to Ukraine, glory to the heroes, death to enemies,” to Nazi rallies where Germans once yelled, “Heil Hitler.” He also told the West to stick the next round of sanctions “up your ass.”

“It must be remembered that victory is always achieved not only by the material, but also by the spiritual resources of the people, by their unity and desire to oppose aggression with all their might.” -Valery Gerasimov

Like recent revelations about falsified intelligence on Ukraine, the President of Russia was probably kept in the dark about deficiencies in the Russian military.

If Putin had invested hundreds of billions of dollars in the military over the previous decade, who was going to tell him it wasn’t working?

However, experienced Russia observers in the West were saying as early as 2017 that the power of the Russian military was overestimated, it was challenged by overstretch and was technologically backward. These observers have been proved right in the past two weeks.

“there have been more Russian combat fatalities in just about two weeks of war in Ukraine than the US had in both Iraq and Afghanistan in 20 years.”

On CNN, @SethGJones says US officials estimate “about 6,000 to 8,000 Russian ground-force fatalities” so far.

That would mean “there have been more Russian combat fatalities in just about two weeks of war in Ukraine than the US had in both Iraq and Afghanistan in 20 years.”

Good to see the role of open source investigation in accountability being mentioned in these draft PACE recommendations on the removal of Russia from the Council of Europe https://t.co/xb10QdFJQl pic.twitter.com/oDF1GBzZAK

2/7 🇺🇦Armed Forces are inflicting devastating blows on groups of troops and the rear infrastructure of the occupiers.
During the past 24hrs, four helicopters, one plane were hit by the Air Force of UA Armed Forces, and a fighter shot down an enemy cruise missile.
3/7 The enemy continues to launch missile and bomb attacks on critical infrastructure, uses a network of health care facilities in the temporarily occupied territories of #Ukraine to treat wounded personnel.
4/7 Due to the inability to maintain the functioning of institutions and organizations to ensure the livelihood of settlements in the temporarily occupied territories of #Donetsk and #Luhansk regions, the occupiers are forced to suspend the mobilization of communal workers.
5/7 The enemy is trying to capture #Mariupol. 🇺🇦soldiers successfully repulsed the invaders’ attacks. The total losses of the enemy amounted to ~150 people, 2 tanks, 7 infantry fighting vehicles and one armored personnel carrier. The occupiers stopped the offensive and retreated
6/7 Artillery and aircraft inflicted fire damage on the accumulation of military equipment and enemy columns on the advance routes. According to the available information, as a result of the artillery fire, 12 units of motor vehicles were destroyed.
7/7 The enemy’s battalion tactical groups from the 336th Separate Marine Brigade and the 11th Separate Assault Brigade also suffered.
No signs of preparation for a naval landing operation were detected in the #BlackSea and Azov operational zones.

My name is John Spencer. I am the Chair of Urban Warfare Studies. I have fought in the hell that is urban warfare. I have studied and written about it for almost a decade. I have advised many militaries. These are my standing orders for the urban defenders. pic.twitter.com/97QuD3vHY0

Yesterday, a Ukrainian fighter shot down one Russian cruise missile.

It could have been more but Ukraine does not have enough aircraft nor any fighting allies. Refusal to shelter the skies is a betrayal of Ukraine and a crime against humanity.#ClosetheSkyoverUkraine— Michael MacKay (@mhmck) March 15, 2022

Kadyrov “supersoldiers” who are allegedly “near battlefront in Ukraine” are actually filming tiktoks in Belarus pic.twitter.com/xvZEEsCAG7

A quick report from Kharkiv, Ukraine which will show that the idea of Putin and his terrorist war criminals taking this city at the front of the #Russian invasion is laughable. #StopRussia pic.twitter.com/SQNpgPR4Wz

Emergency session of the #Ukrainian parliament @verkhovna_rada was held today! More than 350 of the 425 MPs were present.
We are here & we aren’t afraid, because we’re on our land, in our #Ukraine. And we’ll win war!
Before the meeting we sang the 🇺🇦 anthem. Feel this spirit! pic.twitter.com/9Aee1r9QcI

Another new Zelenskyy video update just now. Quite extraordinarily, in it he appeals for Russian officials and propagandists to quit their jobs. Here’s translation. He starts in Ukrainian, says the occupiers have had little success today. 1/21

Odd that a certain Donald John Trump isn’t on the list, considering how tough he was with Pooty 🤔 https://t.co/vc96Hx7pSt— Asha Rangappa (@AshaRangappa_) March 15, 2022

In response to being “sanctioned” by the Russian terrorist regime, Hillary Clinton releases this statement:

“I want to thank the Russian Academy for this Lifetime Achievement Award.”

Putin’s idea of good propaganda is the claim that Ukraine is plotting to attack Russia with bio-bombs delivered by carrier pigeon. Propaganda by morons, for morons. They don’t do “clever.”

Humor of the Ukrainians these days:

“Damn, the siren has been sounding for an hour! Is he carrying that bomb on his bike?!” pic.twitter.com/fV3KKMKrxl

It’s too much to ask for a Russian motorized rifle unit to succeed in drawing a Z with the first attempt… https://t.co/jGotg2EBV8