This is like telling Titanic passengers not to get on the lifeboats because someone thought he saw a spider in one of them.

Apparently, our State Department has issued a travel advisory for New Zealand — because the country currently has 23 active coronavirus cases. And, well, New Zealand media are getting quite a kick out of it.

“As of August 7, 2020, New Zealand has had 1569 confirmed and probable cases of Covid-19 within its borders. Currently, there are 23 active cases in New Zealand,” the post states.

The website, however, doesn't explain all 23 active cases are in managed isolation.

However, New Zealanders need not worry about Americans entering the country given only New Zealand citizens or residents with valid travel conditions can currently enter.

New Zealand, of course, has been a model for how to handle the coronavirus epidemic. With a population of around 5 million, it has suffered just 22 deaths to date. Meanwhile, to take just one example, Louisiana, whose population is 4.6 million, has logged 4,207 deaths.

Here are the raw numbers for both countries.

And now the United States, the current gold standard of fuckuppery:

Of course, the travel advisory is moot because NEW ZEALAND WON’T LET OUR DUMB, PESTILENT ASSES ANYWHERE NEAR THEIR ISLAND PARADISE.

Granted, there are some important differences between the two countries. For one, they’re a relatively isolated island nation and we’re a major cultural and economic hub that sees vastly more travel. Secondly, they’re run by a competent woman, whereas we’d be better off with that mechanical bird Homer left behind to oversee safety protocols at the Springfield nuclear plant.

Those are the main differences, really.

Now, I suppose this kind of advisory is routine, but come on. Twenty-three cases? There are probably more in the White House as we speak. In this country, I freak out about getting COVID every time I have to leave the house. If I were in New Zealand I’d be more concerned about being stomped to death by gonorrheal emus — which aren’t even indigenous to New Zealand, now that I think about it.

Face it, we’re typhoid central, and the whole world knows it.

Someday, after this is all over, I might like to travel to New Zealand. If I like it, I might move into a cozy little hobbit hole and never think about Donald Trump ever again. 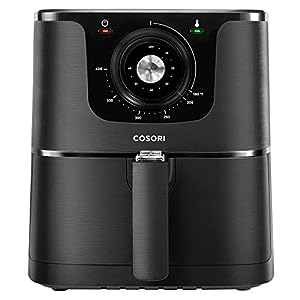