BREAKING: A new poll shows us just TWO POINTS DOWN!

Here are the full results.

As news broke on Friday of the passing of Supreme Court Justice Ruth Bader Ginsburg, support for Democratic candidates and causes saw a surge of support.

ActBlue, a digital platform used to fundraise for progressive causes, shattered a 16-year fundraising record when Democratic donors flooded the online platform on Friday evening following the shocking announcement of Justice Ginsburg’s death. In the 9 pm and 10 pm hour, donations averaged $100,000 per minute.  Those two hours brought in roughly $12.5 million. By 9 am Saturday morning, CBS News reported the site had raised $30 million. By noon the number stood at $45 million.

According to Michigan Advance, a fundraising campaign on the platform aimed at defeating Senate Majority Leader Mitch McConnell has raised more than $1 million for U.S. Senator Gary Peters (D-Michigan) reelection campaign. The incumbent is facing stiff competition from McConnell backed Republican John James. The “Get Mitch or Die Trying” ActBlue fundraiser has brought in more than $19 million since its creation. That money is split evenly among 13 key swing Senate races. They include Mike Espy in Tennessee, Jaime Harrison in South Carolina, Theresa Greenfield in Iowa, John Hickenlooper in Colorado, Alan Gross in Alaska, Jon Ossoff in Georgia, MJ Hegar in Texas, Sara Gideon in Maine, Raphael Warnock in Georgia, Doug Jones in Alabama, Cal Cunningham in North Carolina, Steve Bullock in Montana, and Barbara Bollier in Kansas as well as Peters in Michigan.

Texas’ two senators — who will likely be tasked with the confirmation of Ginsburg’s successor — were quick to issue statements commemorating her sweeping influence on American legal life. Both men also made clear that confirming her replacement either in the 45 days before Election Day or before the next inauguration was immediately on their minds. Four years ago, both men strongly opposed confirming Merrick Garland, the nominee proposed by President Barack Obama as a replacement for Justice Antonin Scalia. Scalia died more than eight months before the 2016 presidential election.

On Friday night, U.S. Sen. Ted Cruz called for an urgent confirmation during an appearance on Fox News. U.S. Sen. John Cornyn did not comment directly, instead retweeting a quote from Senate Majority Leader Mitch McConnell that said, “President Trump’s nominee will receive a vote on the floor of the United States Senate.”

Both senators serve on the U.S. Senate Judiciary Committee, which means that the eventual nominee will be called before them to testify.

Let’s keep up the momentum and flip Texas Blue. Click below to donate and get involved with Hegar, Biden and their fellow Texas Democrats campaigns: 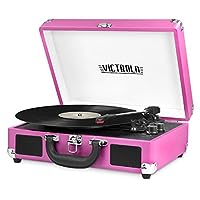