MJ Hegar will go up against Sen. John Cornyn and attempt to win Texas Democrats their first Senate seat in decades after winning a contentious runoff election on Tuesday.

Hegar, an air force veteran and former healthcare worker, garnered national Democratic support early on in the primary race from groups like the Democratic Senatorial Campaign Committee. She was significantly ahead of her competitors in fundraising during the campaign.

In the Tuesday runoff, Hegar beat state Sen. Royce West, who had been in office since the early nineties.

She campaigned on being a “kickass working mom” who can “get shit done,” and spoke about her experience as an outsider in DC advocating for women to have combat roles in the military.

We now have our official candidate to defeat this clown:

All of this came to mind again a few days ago, when Sen. John Cornyn (R-Texas) spoke to the NBC affiliate in Dallas/Fort Worth and suggested there's some ambiguity about details that he really ought to know. The Houston Chronicle reported:

“The good news is, if you look at the numbers, no one under the age of 20 has died of coronavirus…. We still don't know whether children can get it and transmit it to others,” he said.

Given the importance of the pandemic, and the effects it's having in many parts of Texas, it's discouraging when someone in Cornyn's position gets details like these wrong.

For example, there have been COVID-19 fatalities — in Texas and elsewhere — for people under the age of 20. This was already the case in April, when DeSantis peddled the same mistake, and unfortunately, there have been several such cases since.

As for Cornyn saying there's uncertainty about “whether children can get” the coronavirus, there is no such uncertainty in reality: the Houston Chronicle's report added, “Texas reported 1,722 confirmed cases in people 19 and younger, including 550 in children 9 and younger” as of the day the senator made these on-air comments.

We have a great opportunity to flip Texas Blue this year. Joe Biden is already eyeing the state:

Seizing on a spike in Covid-19 cases under a Republican governor and Donald Trump’s sliding poll numbers, Joe Biden is venturing into once reliably red terrain — Texas.

The former vice president’s campaign is going up on air with TV ads in Texas — a state that hasn’t voted for a Democratic nominee in 44 years — a sign it’s eyeing an expansion to its electoral map beyond the six battleground states where it is already spending ad money and building organizing infrastructure.

Without mentioning Trump or Gov. Greg Abbott by name, Biden, in the Texas-specific spot, positions himself as a leader who “won’t abandon” voters. In a move that seems to troll Trump, Biden urges Texans to do simple things like wash their hands, socially distance and wear masks.
The Biden campaign wouldn’t disclose the size of the ad buy, saying it was part of a multi-state expenditure that was in the mid-six figures. In a state as massive as Texas, Republicans called the buy a ploy for free media and even Democrats say an ad buy of that size won’t even make a dent.

Still, Democrats pointed to the symbolic value of the move — a signal that Biden was actually within striking distance of Trump in the massive state that serves as the cornerstone of the Republican electoral coalition.

The RealClearPolitics polling average shows Biden and Trump in a dead heat in Texas.

“It’s sending a message,” said Texas Democratic Party Chair Gilberto Hinojosa. “The message is that the Biden campaign recognizes that Texas is a state that is different now, that they see it as a battleground and intend to make a play for Texas.”

Let’s go all in in the Lone Star State. Click below to donate and get involved with Hegar, Biden and Hegar’s fellow Texas Democrats who won their runoffs tonight: 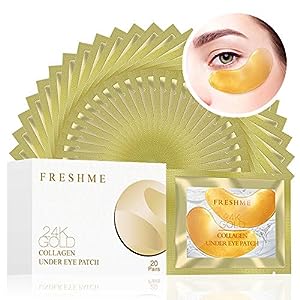