Here's the TV ad that @JohnCornyn's campaign is going up with tomorrow, similar to the attack ad that it first ran against @RoyceWestTX last summer: pic.twitter.com/05NBUzO12UÃ¢Â€Â” Patrick Svitek (@PatrickSvitek) July 9, 2020

Texas Republican Sen. John Cornyn is spending hundreds of thousands of dollars meddling in the Democratic primary to face him, airing television and radio advertisements to boost a state legislator over Washington Democrats’ preferred candidate.

Tuesday’s runoff election pits Air Force veteran M.J. Hegar against long-time state Sen. Royce West, with the winner set to face Cornyn, the second-highest ranking Senate Republican, in November. Democrats, looking at both an increasingly favorable national political climate and demographic and ideological changes throughout Texas, are cautiously eyeing the race as a pick-up opportunity as they seek to overcome Republicans’ 53-47 advantage in the Senate.
“Democrats, independents and Republicans are just, frankly, disturbed by where the president has led this country,” West said in a phone interview, expressing confidence in the Democratic Party’s ability to win the state at the presidential and Senate levels in November. “We’re going to have to nationalize this race.”
The race, as the final competitive Democratic Senate primary of the cycle, is also a test of a Senate Democratic political operation that is so far undefeated in steering its preferred candidates through primaries, and of the limits of Democratic voters’ preference for Black candidates in the weeks and months following the resurgence of the Black Lives Matter movement.
Sporadic public polling has shown Democratic presidential nominee Joe Biden competitive with President Donald Trump in the state, though Cornyn has shown a more consistent lead. And unlike in 2018, when then-Rep. Beto O’Rourke raised $80 million and came within 3 percentage points of toppling Sen. Ted Cruz, Democrats are trailing Cornyn ― who has nearly $13 million on hand ― badly in the money race.
On Sunday, the Dallas Morning News and the University of Texas at Tyler released a survey showing Hegar with a 35% to 22% lead over West, with both candidates getting little recognition among the broader electorate and both trailing Cornyn by double digits.
Still, Cornyn’s actions over the past week show a politician who is actively trying to make his reelection bid as easy as possible. His campaign began airing an ad attacking the cash-strapped West on Friday, calling him a “liberal politician” and highlighting his support for abortion rights and gun control — which potentially gives Democrats a reason to back him rather than Hegar.
“He’s on their side, not ours,” a narrator says of West, as images of Sen. Elizabeth Warren (D-Mass.), Sen. Bernie Sanders (I-Vt.) and Rep. Sheila Jackson-Lee (D-Texas) appear on screen. (Warren has endorsed Hegar in the race, Jackson-Lee is backing West, and Sanders is neutral.)

We’ve seen this trick before:

Attacking West for being too liberal and tying him to those other Democrats could potentially boost him among Democratic base voters. On Thursday, Cornyn purchased $77,000 in airtime on three cable networks from Friday through Tuesday: BET, CNN and MSNBC, according to data from Advertising Analytics.

The move echoes other Republican efforts earlier this cycle, including in North Carolina, where a GOP super PAC funded by allies to Senate Republican leadership ran ads boosting a lesser-known challenger to national Democrats' preferred candidate.

Tuesday's Texas runoff is one of the final nominating contests for Senate Democrats and has been divisive in the closing stretch of the campaign. National Democrats have lined up behind Hegar, who narrowly lost a House race in 2018. The Democratic Senatorial Campaign Committee and EMILY's List both endorsed her, and EMILY's List's independent-expenditure arm is running TV ads boosting her image in the final days of the primary.

“With an abysmal approval rating and facing the toughest reelection of his political career, Sen. John Cornyn is so desperate to not run against decorated combat veteran and working mom MJ Hegar that he is meddling in the Democratic runoff election,” said Amanda Sherman, a spokesperson for Hegar's campaign.

West, in a statement to POLITICO provided by his campaign, said he could not say who Cornyn wants to win or “why he is meddling in a Democratic primary.”

“At this moment, I am focused on getting through Tuesday and winning this primary, and then moving on to make certain that we turn Texas blue,” he said in the statement.

Another indicator is that Cornyn was bragging about Hegar only narrowly leading West in this poll this week:

It’s even up on his own website. It’s a little peculiar to draw attention to this. Especially since new polling today found Hegar leading West before Tuesday’s runoff:

The poll, the fourth of six tracking the 2020 election and current events by The News and the UT-Tyler Center for Public Opinion, also showed some movement, though not enough to be significant, by longtime state Sen. Royce West of Dallas in Tuesday’s runoff for the Democratic nomination for U.S. Senate.

Purple Heart winner and political neophyte MJ Hegar of Round Rock, who has a big financial edge as well as late-hour help in the form of a TV ad blitz by the Democratic Senatorial Campaign Committee and EMILY’s List, leads West 32% to 20% among Democrats and independents who lean Democratic, the poll found.

Since April, when Hegar led West 32% to 16%, he’s narrowed his deficit with Hegar among women and college-educated voters to single digits. For Democratic voters, the poll’s margin of error was plus or minus 3.27 percentage points.

I know there are Texas Kossacks here who are backing West’s campaign and I happily invite you to express your thoughts in the comments. I’m not sure yet who is the stronger candidate to go up against Cornyn but either way, once we have a nominee, we will need to get behind that candidate and get ready to go after Cornyn hard because the only reason he’s ahead right now is because we don’t have a candidate just yet:

We’ll have that answer on Tuesday but what is clear is that Cornyn is running scared. If you;re voting in Texas on Tuesday, I urge you to use your best judgement and vote for who you think is the best candidate. Click below to donate and get involved with the Texas Democrat of your choice: 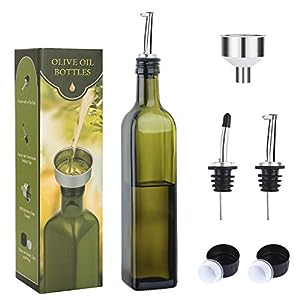