An increasing number of public health experts have recommended residents be ordered to stay home in an effort to help contain the rapid U.S. spread of the virus. Cornyn argued that such measures would be unnecessary in more rural areas of the country and warned against doing “more than necessary” to combat the virus.

“Not every place is the same,” Cornyn said, according to The Hill. “We've had the same conversation in Texas, but some places we have more cows than people, and the virus loves the crowd, loves congestion, and that's why you see places like New York and Dallas, for example, which is having its own struggles.”

Cornyn's comments seemed to echo recent remarks by President Donald Trump, who insisted that preventative stay-at-home orders may not been needed for states that have not yet experienced a surge in cases.

No it’s not a fucking overreaction. Every state should be doing this to flatten the curve but dip shits like Cornyn are putting lives at risk. Right now, we are still waiting on who emerges from the Texas runoff in the Democratic Primary. Each candidate talked about what they are doing to get ready to win the runoff and the general election.

According to the US Census, Texas is home to nearly 29 million people, and the state is one of the most diverse in the country. Nearly 40 percent of the state is Hispanic/Latino, 17 percent are foreign-born, and we have over 1.5 million veterans. There exists a massive urban-rural divide across the state’s geography. How are you reaching out to the huge diversity of communities across the state?

We can’t win without engaging all voters. From San Antonio to Dallas to Lubbock to Houston to El Paso to McAllen and dozens of other communities across Texas, I have been on the road meeting with and talking to Texans from all backgrounds about the issues that matter most to them and their communities. I have met with labor unions in apprentice shops and on the picket line, talked about gun violence prevention in the living rooms of passionate activists, heard from local leaders in our border communities about the challenges they are facing, and visited health care clinics to hear from patients and providers about what needs to be done to make healthcare more affordable. Going forward, we will continue to engage every voter and let them know that this election matters to their lives. Come November they will have a choice between electing an ass-kicker who will fight for them or an ass-kisser who has sold them out to the special interests and billionaires who fund his campaign.

You led the March 3 primary with 22.3 percent of the vote, followed by your competitor for the runoff, Royce West, who won 14.5 percent of the vote. If you were to break down the differences between the Democratic voters in Texas, to what groups or interests do you think you were a more appealing candidate?

One of the biggest problems we have in our broken political system is too many career politicians who are feeding the partisan rhetoric and the politics of division to grab the spotlight and get re-elected. The reality I have found when talking with Texans across the state is that on the most critical issues facing our country and families—including access to affordable health care, quality education for our kids, and common sense legislation to address the gun violence epidemic—there is widespread agreement on solutions. We just need to elect people who have the courage of their convictions to get it done.

Texans are looking for a fighter who has faced the same struggles they have faced and will stand up against the special interests and money that are corroding our political system to get shit done. When I see a problem I fix it. When I saw people injured on the battlefield, I flew in and saved them. When I saw the military was being hurt by a policy that excluded women from combat jobs, I fixed it. When I saw how hard it was for working parents to run for office and have our voices represented, I fixed it. That type of can-do attitude is exactly what Texans are looking for.

Assuming you advance to the runoff, what steps would you take to engage young voters and progressives, who have tended to gravitate towards West’s issue stances and legislative record in the Texas Senate?

I reject the framing of this question. If you look at the results from the March 3 primary, where we came in a strong first place with over 400,000 votes across the state, you can see that we built a diverse grassroots campaign that includes young people and progressives. Over the course of these conversations I have found that there is widespread agreement that Washington needs to start working on solutions to the biggest challenges Texans are facing. I am fighting to make healthcare affordable and accessible to everyone by making Medicare available to all who want it. I am fighting for aggressive action on climate change by supporting major investments in new clean energy production, infrastructure, and manufacturing. I am fighting for the safety of our communities by championing common-sense gun safety measures like universal background checks. I am fighting to end the humanitarian crisis at our southern border and push for comprehensive immigration reform. I want all Texans to fight alongside me so we can get the progress everyday Texans desperately need.

BET.com: You’re looking to challenge Sen. John Cornyn in the U.S. Senate race this November, but you must first face MJ Hegar in a runoff July 14. How do you plan to beat her?

Sen. Royce West: The biggest thing I have to do is get a coalition together, which we’re doing. I’ve got to bring together some of the [prior] candidates in the race, which I’ve been able to do, to back me. Cristina Tzintzún Ramirez, [who came in third in the primary], she’s going to be backing me. I’m reaching out to others to see if I can get their backing.

If I can get their backing, and not only their backing, but support. I’ll be able to mount a race that will far exceed the number of votes that Hegar received. She received 22 percent of the vote and I received about 14-15 percent. That’s not a huge percentage to be able to make up, given the population and the voter profiles in the state of Texas.

BET.com: You mentioned not being as well funded as Hegar. What are some specific ways you can work around that?

Sen. Royce West: I’ve got to have a grassroots movement. From that vantage point, we will continue to do as we have done in the past 26 years. We’ll have the ministerial alliances in the African American community. We will make certain that the Divine Nine (Black Greek-letter organizations) are well informed and hopefully get their vote out.  One of the main operatives for Ramirez will be working for my campaign in order to help me pull together Latino and African American leaders as well as Anglo leaders in order to make certain the grassroots effort will be able to meet the massive amount of monies that she will have in order to make certain we win the primary.

BET.com: What are you offering voters that Cornyn is not?

Sen. Royce West: Leadership. Cornyn has frankly backed everything that Donald Trump has done and you can’t tell the difference between the two of them. I’ve known John Cornyn for close to about 30 years and he’s not the same person that I first met here in Texas.

Click below to donate and get involved with the Texas Democrat of your choice: 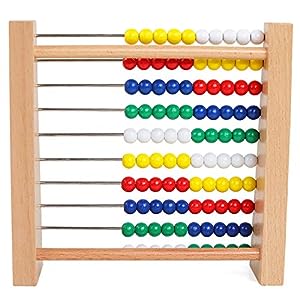