Pitch in now to help elect a Texas tough working mom and combat veteran to the U.S. Senate >>

This is huge! EMILY’s List is all-in for MJ!

For 35 years, EMILY’s List has championed strong, pro-choice women running for office who they believe have what it takes to win. They believe in MJ because she’s shown all her life that she can take on — and win — tough fights, and that’s why they’re endorsing her in the election. Will you join EMILY's List in supporting MJ?

When MJ’s helicopter was shot down and she and her crew faced 150 Taliban fighters, she prevailed. When she took on the Pentagon to open ground combat roles to women, she prevailed. And when she fought for her life during childbirth, she prevailed.

It’s going to take someone tough to win the biggest battleground state, but The Washington Post has ranked this Senate seat as one of the ten most likely to flip — and MJ has what it takes to do it. That’s why EMILY’s List is all-in.

The path to a new Senate — one that defends reproductive rights, protects and expands our health care, tackles climate change, and finally passes immigration reform — runs straight through Texas. If you’re ready to send MJ to fight for us in that new Senate, donate today. 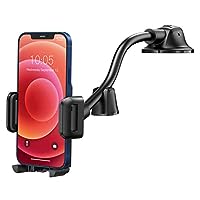