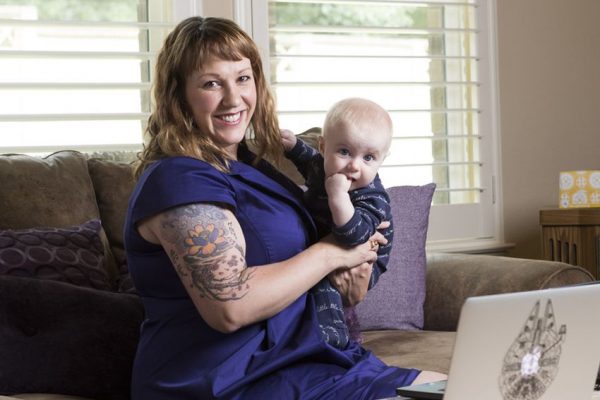 Some big news today out of Texas:

“Texas has emerged as a battleground opportunity for Democrats up and down the ballot, and MJ Hegar is the strongest candidate to flip the U.S. Senate seat,” said DSCC Chairwoman Sen. Catherine Cortez Masto in a prepared statement. “As a decorated combat veteran and working mother, MJ has both the courage and independence to put Texas first and is running on the issues that matter most to Texans: making health care and prescription drugs more affordable, protecting coverage for Texans with pre-existing conditions, and taking action to address climate change. We are proud to support MJ in her fight to continue her public service in the U.S. Senate.”

Hegar, 43, said she was ready to win the nomination and then beat Republican incumbent John Cornyn.

“As a rescue helicopter pilot flying wildfire suppression missions, I was trained to find the biggest bucket of water and use it to put out the biggest fire we could find,” she said Monday in a statement. “I got into this race because that fire is in the Senate, and it is my duty to do what I can to fix it.”

DSCC can be added to the growing list of endorsements for Hegar’s campaign:

Hegar received some national support in the opening weeks of her campaign, including from VoteVets and End Citizens United, but major endorsements such as the DSCC’s have been few and far between as the primary has proceeded. Hegar does have one tie to the DSCC: Her campaign manager, Preston Elliott, was the committee’s deputy executive director during the 2016 cycle. Also, she met with Senate Minority Leader Chuck Schumer ahead of her campaign launch, as did at least one other candidate, longtime state Sen. Royce West of Dallas.

In any case, the DSCC endorsement is notable as some of the candidates have begun to sharpen their strategies to stand out with less than three months until the primary. One of Hegar’s rivals in particular, organizer Cristina Tzintzún Ramirez, has taken steps to more clearly position herself as the progressive alternative to Hegar, who has eschewed political labels while running a general election-focused campaign. Tzintzún Ramirez was endorsed Friday by the labor-aligned Working Families Party.

Beside Hegar and West, other candidates include Chris Bell, the former Houston congressman and 2006 gubernatorial nominee; Amanda Edwards, a member of the Houston City Council; and Sema Hernandez, O’Rourke’s 2018 primary opponent who got a stronger-than-expected 24% of the vote.

Tim Dickinson at Rolling Stone emphasized Texas as being part of the path for a Democratic Senate Majority and highlighted Hegar’s campaign:

(Nathan) Gonzales (editor of Inside Elections) also sees Democratic opportunity in the Lone Star State. “Republicans can’t take Texas for granted,” he says. Incumbent John Cornyn does not polarize voters as Ted Cruz did in 2018, when the Republican eked out a victory over Beto O’Rourke. But Democrat M.J. Hegar — who narrowly lost a House seat last year — believes she can compete by painting “Big John,” who served until January as the number-two Senate Republican, as McConnell’s “Lurch,” the manservant from The Addams Family. An Air Force veteran with a Purple Heart who crusaded to open military combat roles for women, Hegar is bold where Cornyn is bland, sporting shoulder tattoos and riding a Harley in slick campaign ads.

Texas is competitive and it’s a great sign that the DSCC recognizes this. Click below to donate and get involved with Hegar or the Texas Democratic candidate of your choice:

(51660)
$17.62 (as of May 22, 2022 00:34 GMT -04:00 - More infoProduct prices and availability are accurate as of the date/time indicated and are subject to change. Any price and availability information displayed on [relevant Amazon Site(s), as applicable] at the time of purchase will apply to the purchase of this product.)