Do sad and desperate:

Tofu or not tofu? That is the question U.S. Sen. Ted Cruz has raised in his latest bid to create a cultural wedge issue between himself and U.S. Rep. Beto O’Rourke in their heated Senate race.

Appearing at a packed campaign event at Schobels Restaurant in the South Texas town of Columbus on Saturday, Cruz said, “When I got here someone told me that even PETA was protesting and giving out barbecued tofu, so I got to say, they summed up the entire election: If Texas elects a Democrat, they’re going to ban barbecue across the state of Texas.”

“You want to talk about an issue to mobilize the people, and I’m talking everybody,” Cruz said to appreciative laughter. “So I want to thank PETA and I do want to tell PETA you’re going to have to disclose to the FEC that by coming and protesting and giving away tofu, that you have given an in-kind contribution to my campaign by demonstrating just how bad things can get.”

Cruz’s words may have been in jest — the suggestion that O’Rourke, an El Paso Democrat, is an an enemy of barbecue is clearly a straw man made of tofu — but that doesn’t mean they didn’t have the serious purpose of further planting an image in voters’ minds of O’Rourke as a candidate outside the mainstream of Texas values, whether it’s on guns, border security, socialism or Lone Star food ways.

As he has demonstrated before in the campaign, just because Cruz is smiling doesn’t mean he’s just kidding around. This, even though O’Rourke, as a well-known Whataburger consumer (whom Cruz spokeswoman Emily Miller famously referred to as a “triple meat Whataburger who is out of touch with Texas values”), is hardly a poster boy for PETA, whose volunteers were not representing the O’Rourke campaign outside the Columbus eatery, and who themselves didn’t utter a word about banning meat.

Cruz returned to the subject Sunday, tweeting, “@peta protested our town hall yesterday, handing out barbecued tofu. We were glad to welcome them, but it illustrates the stakes of the election: if Beto wins, BBQ will be illegal!”

Miller underscored the message, retweeting: “Texas on the brink of #AbolishBBQ if voters don’t #KeepTexasRed.”

The PETA protest outside Schobels consisted of four volunteers holding signs. Their demeanor was all smiles and their message was that “Republicans eat tofu too.” They offered free samples of barbecued tofu.

Only Ted Cruz can take a stupid joke and turn it into an asshole remark. But the reality is this these are the remarks of a sad, desperate man who’s losing his cool and his edge. This isn’t the only desperate move he made this week:

Ted Cruz’s Senate re-election campaign has been sending voters in Texas a fund-raising letter in an envelope labeled “summons enclosed,” drawing criticism from some who called it misleading and raising questions about whether such a practice was legal. It is.

That is according to Myles Martin, a spokesman for the Federal Election Commission, who said the salient question was whether a mailing contains a disclaimer saying that it came from a political campaign. And this one did.

Aside from that, he said in an email, “the F.E.C.’s regulations don’t speak to how candidates may choose to word particular solicitations to potential contributors.”

Mr. Cruz is locked in an unexpectedly tight race against Representative Beto O’Rourke, a Democrat from El Paso, in a traditionally conservative state. Earlier this month, a top adviser to President Trump, Mick Mulvaney, the federal budget director, told a gathering of donors he believed it was possible Mr. Cruz might not win re-election because he is not “likable.”

He’s also made some idiotic and divisive remarks today:

At a rally Friday night, O’Rourke agreed with those calling for the firing of officer Amber Guyger, who shot and killed her neighbor, 26-year-old Botham Jean, after entering his apartment. Guyger claimed she mistakenly thought she was in her own apartment.

“There has to be a full accounting for how young black men continue to be killed in this country without accountability, without justice, without these full investigations, without respecting their civil rights,” O’Rourke said. “This cannot continue.”

Asked whether Guyger should be fired, the representative said: “I don’t understand, given the actions, how anyone can come to any other conclusion.”

Cruz, in an interview with Fox 26 Houston that aired on Sunday, said O’Rourke and other Democrats were too “quick to always blame the police officer.”

“I don’t think we should jump to any conclusions,” the senator said. “It may have been just a horrific misunderstanding.”

Meanwhile, while Cruz was making dumbass remarks and trying to pull off desperate fundraising moves, Beto was out on the campaign trail talking about real issues:

Immigration was the most burning issue O'Rourke addressed in this border city. He railed against last week's announcement by the Department of Health and Human Services to expand the “tent city” in nearby Tornillo for unaccompanied migrant children detained at the border.

“There are still hundreds of children in those tents right now who have no idea when or even if they are going to see their parents again,” O'Rourke said.

The Trump administration plans to expand the camp to hold more than 3,000 children.

“Right now the United States government is detaining more than 12,000 kids from all over the world, most of them from these northern triangle countries of Central America. We made it harder for those kids to rejoin their parents. In fact, in hundreds of cases we have already deported these parents back to the countries they already fled in the first place,” O'Rourke said. “This country of immigrants, this inspiration to the rest of the world, this cannot be us. This one is on all of us. It is up to all of us to make it right at this moment.”

The issue rises above partisan lines he said, and El Paso is “the defining border community to help to wake this country's conscience to what is being done in our name at this moment. Never again must a parent be taken from a child under these conditions.” 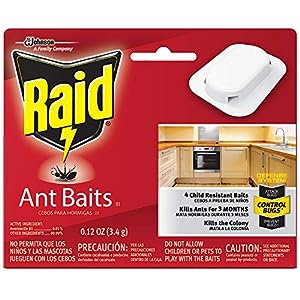