The Houston Chronicle has a good piece out. about how the COVID-19 pandemic has been playing a role in down ballot races. In this case, it’s covering the U.S. Senate race. U.S. Senator John Cornyn (R. TX) right now is currently benefiting from the pandemic because the runoff between MJ Hegar (D. TX) and Royce West (D. TX) was supposed to take place in May but has been pushed back to July. This is giving Cornyn time to raise money for his campaign but he’s made a complete ass of himself on Twitter and in the press in responding to the coronavirus pandemic. This is where Democrats see an opening to take him down:

Despite all of that, Cornyn has still managed to hand Democrats a suite of what Rottinghaus called “unforced errors.”

There was the beer tweet and another saying “with appropriate social distancing and good hygiene this is a piece of cake.”

Then Cornyn went viral when he blamed Chinese “cultural practices” for the disease, saying the country has a “culture where people eat bats and snakes and dogs and things like that.” Cornyn’s comments came amid growing pressure on President Donald Trump to stop calling the coronavirus the “Chinese virus” due to reports of increased racism aimed at Asian Americans, a growing segment of the voting population in the U.S. and Texas.

Cornyn went viral again a few days later, when he tweeted “blah blah blah” at Senate Minority Leader Chuck Schumer, who tweeted that Democrats have voted against the stimulus “because among other problems it includes huge bailouts without protections for people and workers and without accountability, and because it shortchanges our hospitals and health care workers who need our help.”

“He has a tendency to be politically tone deaf to how his statements play,” Brandon Rottinghaus, a University of Houston political scientist said. “These unforced errors limit his natural, built-in advantages.”

Cornyn shrugged off criticism of his comments as “the nature of social media.”

“People are either going to love or hate everything you say or do and they frequently will mischaracterize what you do,” Cornyn said.

“One of the things I hope to convey is this is not a time for people to panic, and I still believe that’s important,” he said. “That was the balance I was trying to achieve and depending on who you talk to I either failed miserably or I succeeded.”

“I’m more motivated than ever to unseat him given what I’m seeing,” Hegar said. “The race-baiting, it’s dangerous and irresponsible, and it’s what you get when you have a wealthy attorney, career politician representing you.”

We need to stay focused and hold on during this time. Let’s help our Texas Democrats get ready for the runoff and the general election and take back the U.S. Senate. Click below to donate and get involved with the Texas Democrat of your choice: 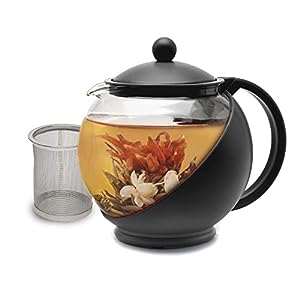