Kudos to Brad Reed at Raw Story for bringing this to our attention:

Sen. John Cornyn (R-TX) on Wednesday tried to spread some purportedly encouraging news about the COVID-19 pandemic — but his happy talk was quickly shot down by his own Twitter followers.

Specifically, Cornyn pointed to data posted on the Johns Hopkins COVID-19 tracking website showing that 25 percent of people who contracted the disease are now listed as having “recovered.”

However, that nonetheless means that 75 percent of people who have contracted the disease — about 1.5 million people — are either still sick or dead, which is not exactly a comforting statistic.

I recommend you read the Raw Story article for more of the great Tweets. This is just one of many examples of how ignorant Cornyn is on this pandemic and how he’s been spreading false information. Like this:

After #COVIDÃ£ÂƒÂ¼19 crisis passes, could we have a good faith discussion about the uses and abuses of “modeling” to predict the future? Everything from public health, to economic to climate predictions. It isn't the scientific method, folks. https://t.co/OYBm3CIUxXÃ¢Â€Â” Senator John Cornyn (@JohnCornyn) April 10, 2020

On Friday, Texas Senator John Cornyn took to Twitter with some advice for scientists: models aren't part of the scientific method. Scientists have responded with a mix of bafflement and exasperation. And Cornyn’s misconception is common enough—and important enough—that it’s worth exploring.

Cornyn’s beef with models echoes a talking point often brought up by people who want to reject inconvenient conclusions of systems sciences. In reality, “you can make a model say anything you want” is about as potent an argument as “all swans are white.” The latter is either a disingenuous argument, or you have an embarrassingly limited familiarity with swans.

Models aren't perfect. They can generate inaccurate predictions. They can generate highly uncertain predictions when the science is uncertain. And some models can be genuinely bad, producing useless and poorly supported predictions. But the idea that models aren’t central to science is deeply and profoundly wrong. It’s true that the criticism is usually centered on mathematical simulations, but these are just one type of model on a spectrum—and there is no science without models.

But what’s really dangerous is that Trump is letting this moron have a say on when the country’s economy should re-open:

The White House issued guidelines Thursday for states to ease stay-home restrictions that have slowed the COVID-19 outbreak at the cost of widespread unemployment, as President Donald Trump declared that the crisis has crested and it’s soon time to reopen much of the economy.

“Now that we have passed the peak in new cases, we’re starting life again,” Trump said. “Instead of a blanket shutdown, we will pursue focusing on sheltering the highest-risk individuals.”

The guidelines amounted to a tactical retreat.

Trump had tussled with governors after claiming “total” authority to nullify restrictions imposed at the state and local level. With states resisting and his claim rejected by constitutional experts, Trump called Thursday night for a “phased and deliberate approach” that governors will control.

“We are not opening all at once, but one careful step at a time,” he said at an evening briefing at the White House. “Governors will be empowered to tailor an approach that meets the diverse circumstances of their own states.”

Gov. Greg Abbott is expected to lay out his plans for Texas on Friday.

Under the proposed federal guidelines, states can begin easing restrictions once the patient load has dropped for 14 days, and if their health care systems are keeping up.

Once that happens, restaurants and movie theaters could reopen, with social distancing maintained. Workplaces could begin to reopen, though telework would be encouraged. Seniors and others at higher risk would remain isolated.

Trump said a number of states already meet the criteria for that first phase, though he declined to say which.

The phased reopening hinges partly on testing capacity that is not yet fully in place.

Earlier in the day, the White House rolled out a new bipartisan task force that included two-thirds of the U.S. Senate, to advise Trump on when and how to reopen the U.S. economy.

Sens. John Cornyn and Ted Cruz are part of the effort, along with two Texas Republicans in the House who are also close allies of the president, and one Texas Democrat.

That Texas Democrat will be Rep. Henry Cuellar (D. TX). Now Cornyn, being the incumbent, has had the. advantage of raising more money for re-election while Texas Democrats are running for a runoff. But one Democrat is proving to be a stronger fundraiser:

U.S. Sen. John Cornyn, R-Texas, raised $2.7 million over the past three months, his campaign announced Wednesday morning, marking another quarter during which he easily outpaced the Democrats hoping to challenge him.

Democrats MJ Hegar and Royce West are in a primary runoff to take on Cornyn. Hegar, the former Air Force helicopter pilot, announced Tuesday evening that she raised $1.6 million during the first quarter, while West, a state senator, took in $407,000 over the period. That figure includes a $40,000 loan to himself, according to his newest filing with the Federal Election Commission.

The candidates have until the end of Wednesday to disclose their latest figures to the FEC.

Cornyn has $12.9 million in the bank, according to his campaign. Hegar, who had her best quarter yet, ended the period with $1.1 million cash on hand, her campaign said. West, meanwhile, is down to $121,000 in reserves, according to his FEC filing.

I'm so grateful to have the endorsement of the Texas Democratic Veterans and to fight beside them to make sure our country fulfills its promises to service members, veterans, and their families. pic.twitter.com/t4h5aKkeQJÃ¢Â€Â” MJ Hegar (@mjhegar) April 16, 2020

And West has been hitting Cornyn on his stupid remarks:

The runoff is July 14th. Let’s bring the Blue Wave to Texas. Click here to donate and get involved with the Texas Democrat of your choice: 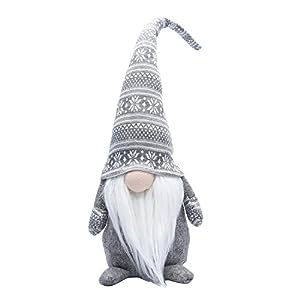