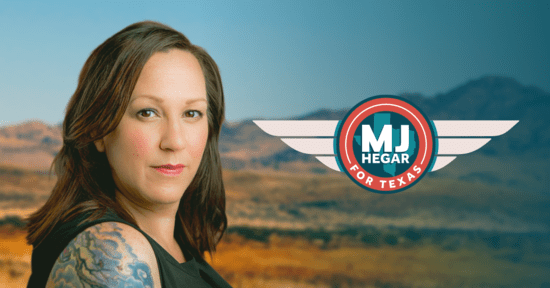 Dick Durbin is supporting exceptional Democratic Senate candidates in each of these states — and he’s asking you to join him. Will you show your support for MJ Hegar in Texas, Theresa Greenfield in Iowa, and Amy McGrath in Kentucky as they fight to take back the Senate?

MJ Hegar and Amy McGrath are both veterans. Theresa Greenfield is a business leader. They are ready to bring fresh voices to Washington to fight for our families and our values. And they know how important it is for our nation’s future that we defeat Mitch McConnell and end the disastrous Senate Republican majority this November.

Each of these Democratic women has what it takes to defeat a Republican incumbent and help build a Democratic Senate majority. But we know the GOP won’t go down without a fight. That’s why we need to stand with them and show our support.

If we’re going to flip the Senate, we need to help fund Democrats in must-win races. Pitch in $5 now to help flip GOP-held Senate seats in Iowa, Kentucky, and Texas.

Click here to donate to Hegar, Greenfield and McGrath’s campaigns.