NEW: Texas AG Ken Paxton left the state during the deadly power outages last week to meet with his counterpart in Utah.

Paxton's spox did not answer Qs about when he left or returned and why the trip was not postponed. Story with @MorrisReports. https://t.co/NYjCBXdhUf #txlege— Lauren McGaughy 🌟 (@lmcgaughy) February 22, 2021

Following a firestorm of criticism over Texas Senator Ted Cruz’s trip to Cancun during the state’s winter storm, it now appears Cruz wasn’t the only Texan lawmaker to leave the state.

According to a Monday report from Dallas Morning News, Texas Attorney General Ken Paxton traveled to Utah to meet with his counterpart, Sean Reyes, and participate in a police training program demonstration, a representative for Paxton told the Dallas outlet.

Meanwhile, the Utah Attorney General’s Office commented that Paxton and Reyes met last Wednesday to go over a current antitrust lawsuit against Google.

The timing for this to come out was perfect:

Texas Attorney General Ken Paxton on Friday issued civil investigative demands to the Electric Reliability Council of Texas and 11 other power companies related to the power outages, emergency plans, energy pricing and other factors associated with this week’s winter weather disaster in the state.

In a press release Friday, Paxton said he's launching an investigation into ERCOT and other entities that “grossly mishandled this week’s extreme winter weather,” leaving millions of Texans to endure sub-freezing temperatures without power or heat for several days.

“While Texans pulled together to get their communities through this disaster, they were largely left in the dark,” Paxton said in the release. “We will get to the bottom of this power failure and I will tirelessly pursue justice for Texans.”

The civil investigative demands require these 12 companies to produce data and documents related to the winter weather disaster by March 15.

Paxton is fighting for his reputation on two fronts — in the courts, and in the court of public opinion. Still facing an indictment issued during his first year in statewide office in 2015, he also stands accused by former top employees of misusing the AG’s office on behalf of a donor — a set of allegations that has already sparked civil lawsuits and, according to the Associated Press, a criminal investigation by the FBI.

The latest news arrived in a legal filing from former top assistants who are suing the attorney general for retaliation after they blew the whistle on him for a “bizarre, obsessive use of power,” alleging he had accepted a bribe and that he had misused his office.

They’ve accused Paxton of helping a donor, Nate Paul, with state resources on Paul’s private business interests and investigations of his adversaries. In return, they say in court filings, Paul helped with remodeling Paxton’s house and provided a job for a woman with whom the AG allegedly had an affair.

The legal risks are clear. The first one — a state felony indictment of securities fraud — still hasn’t gone to trial after more than five years. And Paxton’s contention that he did nothing wrong and that the charges are politically motivated appears to have been credible enough with voters, who reelected him in 2018 in spite of it all.

The second is more recent. A group of top attorneys and aides at the attorney general’s office complained officially to the agency that the boss was misusing his office and accepting bribes from Paul. All of them subsequently quit or were fired. Investigations are underway. A lawsuit filed by some of the former officials alleging retaliation has become a vehicle for dripping out the details of their allegation — like the ones that made news this week. Paxton contends they were renegade employees whose accusations have no merit.

He’s also the asshole behind this:

A federal judge in Texas blocked President Biden’s 100-day deportation “pause” on Tuesday in a ruling that may point to a new phase of conservative legal challenges to his administration’s immigration agenda.
Judge Drew Tipton, a Trump appointee, granted a temporary restraining order sought by Texas Attorney General Ken Paxton, saying the state had demonstrated a likelihood of facing immediate harm from Biden’s pause. The court order will be in effect for 14 days while Tipton considers a broader motion by the state for a preliminary injunction.
Though the order is temporary, the state’s lawsuit portends more legal challenges by Biden opponents, appealing to a judicial branch reshaped by the confirmation of hundreds of Trump appointees.
Paxton, a close Trump ally, celebrated the ruling as a “victory” on Twitter and declared Texas “the FIRST state in the nation to bring a lawsuit against the Biden Admin. AND WE WON.”

A report from the New York Times examining the 77 days Trump spent attempting to challenge the 2020 presidential election results reveals that a team of lawyers close to Trump's campaign drafted the lawsuit Paxton brought to the Supreme Court after Paxton was the only attorney general willing to do so.

Paxton brought the lawsuit to the Supreme Court in December, where it was quickly rejected after the justices said Texas couldn't challenge other states' election results, the Houston Chronicle's Taylor Goldenstein previously reported. The lawsuit Trump deemed “the big one” sought to turn over election results in Georgia, Michigan, Pennsylvania and Wisconsin, states President Joe Biden won, alleging that those states made last-minute changes to election policies that were unconstitutional.

The Biden administration told the Supreme Court that the Affordable Care Act remains constitutional, reversing the Trump Justice Department’s position that the entire health-care overhaul was void because Congress reduced to zero the penalty for failing to carry insurance.

“Following the change in Administration, the Department of Justice has reconsidered the government’s position,” Deputy Solicitor General Edwin Kneedler said in a two-page letter to the justices Wednesday on the pending case.

The move was expected, as President Biden campaigned on expanding Obamacare along with a more vigorous federal response to the coronavirus pandemic. Former President Trump throughout his term denounced the signature law of the Obama administration, although he never proposed any alternative healthcare program after the Republican-controlled Congress rejected legislation to repeal the measure.

Texas’s Republican attorney general, Ken Paxton, sued to strike down the Affordable Care Act after Congress in 2017 reduced the penalty to zero. With Trump administration backing, he argued the law no longer was constitutional because it no longer generated revenue for the U.S. Treasury. The argument drew on the 2012 Supreme Court decision upholding the law, which required most individuals to carry health insurance or pay a penalty along with their income taxes, under Congress’ authority to levy taxes.

The 2012 decision found that the insurance mandate effectively offered individuals a choice of paying a tax or carrying insurance, rather than a dictate to purchase a product against their will.

Even Texas Republicans wanted nothing to do with him on that:

GOP congressman and former top aide, Rep. Chip Roy, called on his former boss to resign Monday in a statement which cautioned the attorney general office is “too critical to leave in chaos” just weeks ahead of the November elections. A letter obtained by the Austin American-Statesman last week revealed seven senior officials in Paxton's office calling for federal law enforcement to “investigate allegations of improper influence, abuse of office, bribery and other potential crimes” committed by their own boss. Paxton, who is co-chair of the Lawyers for Trump coalition, has been under indictment on felony charges of securities fraud for five years.

Texas Governor Greg Abbott joined Roy and other top Republicans in expressing “serious concerns” over the allegations against Paxton.

As President Joe Biden’s agenda is dealt an early blow in Texas, the embattled Republican attorney general promising more fights ahead with the new administration is getting little public support from members of his party, even as they cheer the results.

Nearly all of the more than 100 GOP lawmakers in the Texas Legislature did not respond when asked by The Associated Press if they had confidence in Attorney General Ken Paxton, who for months has been beset by an FBI investigation over bribery and abuse-of-office accusations.

At the same time, Republicans are showing no intention of using their overwhelming majority and legislative powers to confront Paxton over the coming months in the state Capitol, where lawmakers are back at work for the first time since eight top deputies for the attorney general leveled accusations against him. All eight have resigned or were fired since October.

Since then, Paxton has baselessly challenged Biden’s victory, including asking the U.S. Supreme Court to overturn the election. And on Tuesday, he won a court order halting Biden’s 100-day moratorium on deportations, in a lawsuit filed just two days after the president was sworn in.

Texas Democrats are not giving up on flipping the state blue and are already looking ahead to 2022 and 2024. Texas Democrats recently released their report in The Washington Post about where they came up short in 2020 and how they can resolve this.

Short of high expectations: Democrats thought they could not only beat Trump, but be competitive in the Senate race to topple GOP Sen. John Cornyn, flip the state house and several U.S. House seats. But Cornyn handily won reelection against MJ Hegar, and Texas Republicans largely held Democrats off.
And demographic changes since the 2016 election bode well for the left. At least 2 million people moved to the state from California, New York and Florida – many of them Democrats – and an estimated 800,000 young Latino Americans turned 18.

Former Galveston Mayor, Joe Jaworski (D. TX), has already joined the race to take on Paxton who needs to be a top target for Democrats:

Former Galveston Mayor Joe Jaworski, a Democrat and lawyer who wants to be attorney general, already has a website up and running — just like the people on the ballot this week.

He won’t be alone for long. After the general election, there will be a frenzy of political fundraising. Newly elected candidates will replenish their campaign accounts in advance of end-of-year deadlines. A large campaign account is often enough to spook future competitors about the strength of a candidate. Some will be raising “late-train” money — contributions from donors and political action committees that either didn’t take part in a 2020 race or that were on the wrong side and want to make amends.

Elected state officials have even less time to raise money. To contain the occurrence or appearance of bribery, legislators and state officeholders aren’t allowed to raise campaign money during a legislative session, for 30 days before one begins or 20 days after one ends. Instead of a Dec. 31 year-end, they’re looking at a Dec. 12 deadline for the reports they’ll file in January. And officeholders’ midyear reports after the session — when campaigns try to show early financial strength for the race ahead — will only reflect money they were able to raise during the last 10 days of June.

That fundraising blackout doesn’t restrict candidates who aren’t in office — people like Jaworski. And it doesn’t prevent nonjudicial candidates, whether they’re in office or not, from declaring their interest in a race, spending money to get organized or win attention, or any of the other things you’d normally associate with an election campaign.

The attorney general’s office is getting the early attention. Attorney General Ken Paxton was indicted on securities fraud charges more than five years ago and still hasn’t been tried. And his actions related to a real estate investor and political donor, brought to light in a whistleblower letter from seven of the top attorneys in his office, have added to the trouble.

Paxton looks weak at the moment, and the political buzzards have noticed.

We need to get ready now to flip Texas blue. Click below to donate and get involved with Jaworski and his fellow Texas Democrats campaigns:
Joe Jaworski
Powered By People 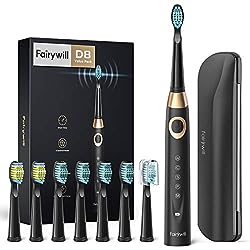