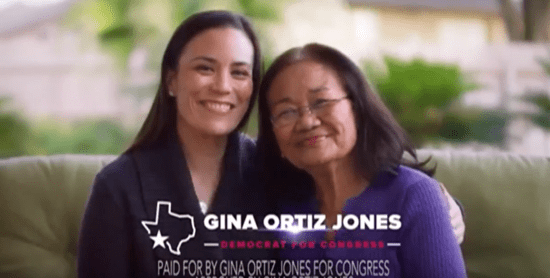 Six Texas House members have announced their retirement from Congress, in a wave that has been labeled the “Texodus” and a sign that my home state is becoming more competitive. Last year, Rep. Beto O’Rourke (D) gave incumbent Sen. Ted Cruz (R) a run for his money but narrowly lost. This past November, 12 seats in the Texas House of Representatives flipped to progressives.

After years of electing mostly conservatives, it appears the tide is turning.

Council for a Livable World has endorsed three Texas House candidates for 2020 so far, and might endorse more in coming months to advance the new trend in Texas.

Gina Ortiz Jones (D-TX-23) lost a heart-breaker in 2018 by only 926 votes. She is back for a second attempt, intimidating incumbent Rep. Will Hurd into retirement at the end of his term. Jones is an Iraq War veteran and former intelligence analyst for U.S. Africa Command in Germany, and later joined the Defense Intelligence Agency, where she specialized in Latin America. She is a strong advocate of progressive national security positions and is favored to win this border district this time.

Sri Kulkarni (D-TX-22) is a national security expert and former foreign service officer who served in five countries before deciding to run for office in 2018. He came within five points of beating incumbent Rep. Pete Olson, who has since announced his retirement. This suburban Houston race has now been labeled a toss-up, and we think he has a good chance of flipping this seat.

Rep. Colin Allred (D-TX-32) ousted an incumbent in this Dallas-area district in 2018 and now is running for re-election. Allred is a former civil rights attorney and professional football player. He serves on the House Foreign Affairs Committee and has voted consistently for pro-peace positions, while opposing a Trump administration proposal to build a new, smaller and “more usable” nuclear weapon for submarines and supporting a bill to bar U.S. military force against Iran without approval of Congress. We need to keep him in the House.

All three of these candidates are worthy of strong support; please consider a contribution to each. Together, we can ensure a more livable world.

Click here to donate to these Texas Democrats campaigns.

(51403)
$17.62 (as of May 18, 2022 05:38 GMT -04:00 - More infoProduct prices and availability are accurate as of the date/time indicated and are subject to change. Any price and availability information displayed on [relevant Amazon Site(s), as applicable] at the time of purchase will apply to the purchase of this product.)