More examples of governmental incompetence, pairing Trump and a Trumpist governor in Florida. At least there aren’t trains trying to collide with the cruise ships.

When Andrea Anderson and her husband boarded the MS Zaandam cruise ship in Buenos Aires, Argentina, more than three weeks ago, they didn't know that their trip of a lifetime would disastrously coincide with a global pandemic that would leave them shut out and stranded at sea.

Unable to find a port willing to accept it, the ship has been stuck in a holding pattern for nearly two weeks as it desperately goes from country to country.

So far it has been rejected by Chile, Peru and Argentina, which all sealed their ports because of the coronavirus outbreak.

Obviously the cruise was MORE IMPORTANT THAN THEIR LIVES, now they want to be saved? Not saying they shouldn't be saved but STUPID actions have CONSEQUENCES.

….more than 1,200 other passengers are pleading with Florida to let them in, but officials, including Gov. Ron DeSantis, say the state simply doesn't have the resources to take on an extra burden amid a growing health crisis.

“We cannot afford to have people who are not even Floridians dumped into South Florida using up those valuable resources,” DeSantis said Monday on Fox News.

Four people have died on the ship, at least two of them from the coronavirus, while nine others have tested positive and 179 more have flu-like symptoms.

Repatriation of Filipino seafarers continues with the arrival this morning of 900 Filipino crew members of the Norwegian Dawn and Star, and MSC Armonia, Meraviglia, Seaside and Divina Cruise ships from Miami, Florida | via @willardcheng pic.twitter.com/G7c6Lhnw5D— ABS-CBN News (@ABSCBNNews) April 2, 2020

In just 32 days, Florida has seen COVID-19, the deadly virus devastating lives across the globe, rise from two confirmed cases on March 1 to 7,773 on Wednesday, April 1. https://t.co/8ml7k03pAJ

The US and South Korea had their first COVID-19 cases on the same January day. Life is returning to normal in South Korea and they have suffered a small fraction of fatalities relative to the US. Government matters. 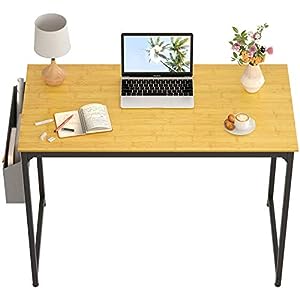