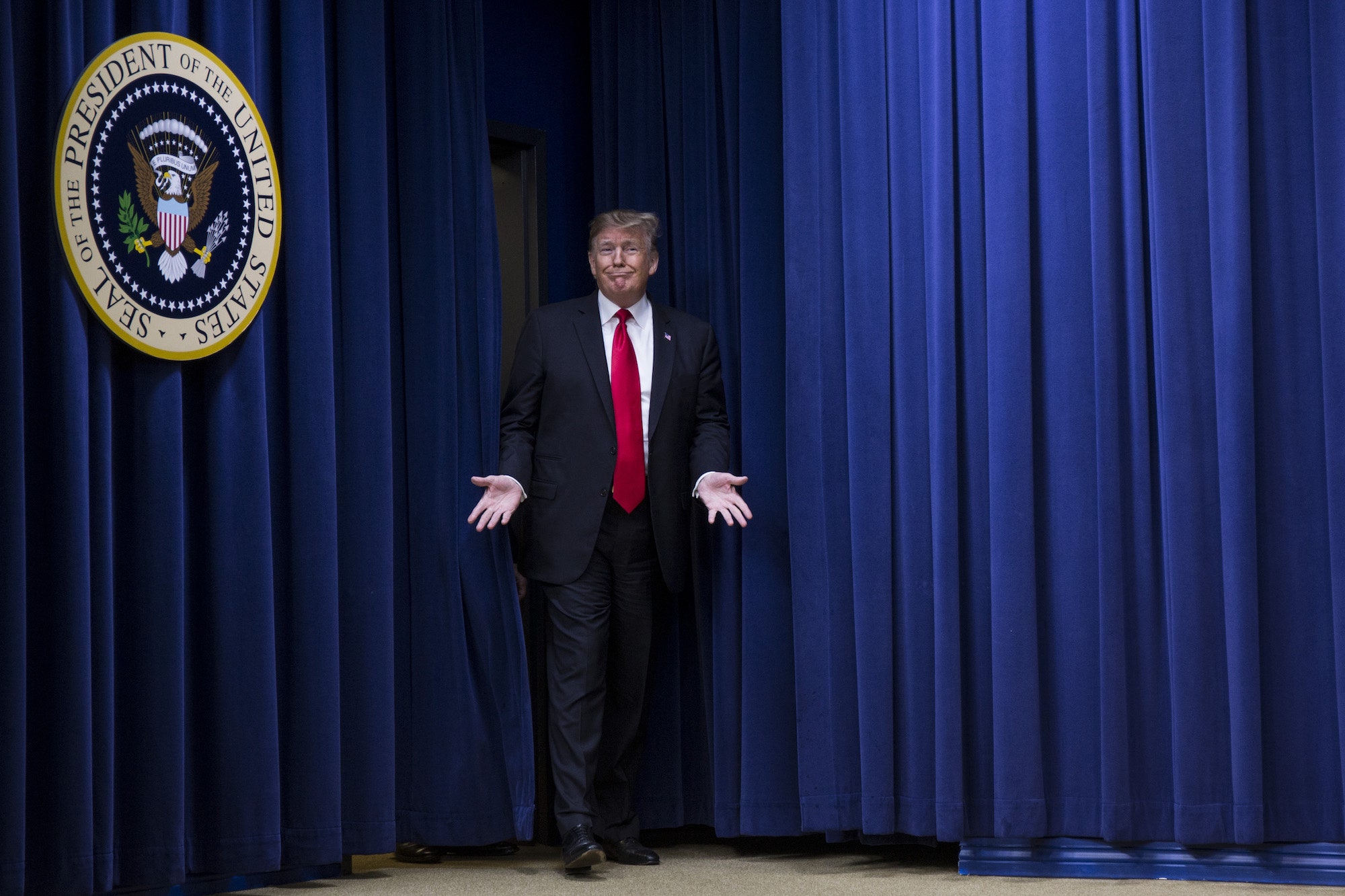 annieli
Previous Guy has been desperate for a regular social media channel to wreak his nonsense. Likely he’ll violate the rules again because we’ve seen his poor impulse control and then there’s the Big Lie. Tech experts are skeptical about plans for a Trump social media platform, if only because justice will finally close in. Commercial pressure rather than ethics will allow Trump back on Facebook soon, as will YouTube.

The CEO of YouTube just announced that Donald Trump will be let back on the platform.

Bloomberg News reports that Facebook is likely to lift Trump's ban as well, allowing him to once again push his lies and racist conspiracy theories all over the Internet.

Fox News contributor Lara Trump announced on Instagram today that she will interview her father-in-law, former President Donald Trump, for her show The Right View.

The Right View began as a Trump campaign product, but it has continued in recent weeks with videos that have been uploaded to Lara Trump’s Facebook page, YouTube, and a Rumble page with her name. (The Rumble videos are embedded on the show’s own website, where these social media accounts are linked from.)

Former President Trump is still suspended from Facebook after inciting the January 6 attack on the Capitol building, while the platform’s Oversight Board contemplates recommending letting him back on the platform.

A thorough Media Matters review of over 6,000 of Trump’s Facebook posts found that more than a quarter of them contained COVID-19 misinformation, election lies, or extreme rhetoric about his critics. Trump has continued spreading these lies in recentinterviews.

Facebook’s refusal to draw clear lines in enforcing its own policies is at the core of this mess — it’s no coincidence that Lara Trump broke the news on Facebook-owned Instagram.

Former President Trump set to return to Facebook via his daughter-in-law's page || Via Media Matters https://t.co/ufkNRF9wJZ

Donald Trump used Twitter as a way, for more than 10 years, to bypass the traditional media and speak directly to voters. Mr Trump was initially locked out of his Twitter account for 12 hours in January after he called the people who stormed the US Capitol “patriots”. Hundreds of his supporters entered the complex as the US Congress attempted to certify Joe Biden’s victory in last year’s presidential election. Mr Trump was impeached by Congress for his actions but acquitted after most of the  Republican party senators did not support a vote to convict.

Facebook, which also indefinitely suspended Mr Trump in January, has asked its independent oversight board to decide whether the ban should stand.

Twitter last week said it would seek public input on if, when and how it should ban world leaders with ‘controversial views’. Twitter warned then it would ban Mr Trump “permanently” if he breached the platform’s rules again. After being allowed back on Twitter, Mr Trump posted two tweets that the company cited as the final straws. The social media company said both of these tweets were “in violation of the Glorification of Violence Policy”.

After calling this past weekend for Republicans to boycott the corporations that are speaking up on voting rights, Trump weighed in with similar mockery of “woke” corporations during an interview with Newsmax on Tuesday: “They’re woke and woke is not good for our country. Woke is not good,” Trump said when asked for his opinion on MLB’s decision.

Apparently alluding to several restrictive voting bills that are moving through the Texas Legislature — which have led companies like American Airlines and Dell to register their opposition before the bills become law — Trump also warned that corporations might pay a steeper price for speaking up in the Lone Star State.

“Let them try boycotting Texas. Texas will teach them a lesson, that I can tell you. Let them try it,” Trump told Newsmax. “Look, it’s crazy what’s going on, it shouldn’t be happening, frankly these companies should stay out of it, because all they do is aggravate people and people are not happy with it.”

“If Republican conservatives ever got their act together,” the former President added, they would boycott the corporations criticizing the legislation and “these companies that are so above it all, you would find that they would come back into the fold very quickly. But right now, the liberals, the radical left, the Democrats, they play a much tougher game.”

His comments were a reminder that the former President doesn’t just loom over the Republican Party — he has changed the way it conducts politics, a lasting legacy and a set of tactics that the GOP does not seem willing to abandon anytime soon.

Newsmax is known for some pretty questionable news coverage, but when former President Donald Trump called in for a lengthy interview with Newsmax host Heather Childers, the situation went from questionable to bonkers. Especially after Childers asked Trump if he thought his successor, President Joe Biden was being effective at his job, then sidling in with the ominous suggestion that perhaps someone else was at the helm of the nation, Mediaite reports.

The former president still holds out hope that he will be a powerful force in American politics and culture moving forward. In one of the mostly ignored news releases that have come to replace his beloved tweets, Trump this week promised his supporters that “the best is yet to come!” We can all hope that it is, but it seems increasingly unlikely that Trump will be at the center of events should that come to pass.

“We really appreciate so much of your time today,” the Newsmax host said as she let Trump go. “I know that our Newsmax viewers were watching and they’re appreciative as well.”

That’s probably true. The frustration for Trump, of course, is that Newsmax doesn’t have very many viewers.

Trump’s Strategy for Returning to Power Is Already Clear!

The Kremlin is weaponising hahaganda, but has a very selective sense of humour. https://t.co/SOWbsojBrm

I'm working on my timeline from Jan 6, one glaring omission. Where was Trump, Flynn and Roger Stone from 1:11pm when Trump's speech ended (and was an hour late to give cover to the rioters) and 4:30 when the fighting was winding down? Oath Keepers were communicating with someone!