On January 6th, a savage horde of treasonous Trump cult disciples assaulted the Congress of the United States in an attempt to install Trump as the leader of a white nationalist dictatorship. They battered down doors, broke windows, stole and destroyed property, and called for the execution of Democratic – and even some Republican – representatives. They failed … this time.

Not satisfied with having ransacked the seat of American democracy, killing at least five people, and sullying the reputation of the nation, Fox News assigned their Senior White Supremacist, Tucker Carlson, the task of reassembling Trump's Traitors for another attempt at their seditionist uprising. He not only declined to condemn the vicious, anti-American insurrectionists, he explicitly encouraged them. This is further evidence that Fox news is actually getting worse in the post-Trump era. Even James Murdoch (son of Fox News boss, Rupert) recognizes the “toxic lies” and “disinformation” propagated by Fox.

On Carlson's Monday hate-fest, he maligned the National Guard troops assigned to protect the city from further violence by the fascist brigades of Trumpism. He characterized their deployment as a “military occupation,” and, in a fit of utter lunacy, implied that their presence was the result of “Republicans hav[ing] spent years ignoring the leftward drift of our officer corps.” Carlson's rant was rife with rancid rhetoric such as… [the video wouldn’t load on dKos, but you can see it here]

“No matter what they are telling you, those 26,000 federal troops are not there for your safety. Instead, unmistakably, the Democratic Party is using those troops to send the rest of us a message about power. We are in charge now. We run this nation from Honolulu to our colony in the Caribbean and everything in between, very much including where you and your family live. Do not question us. Men with guns enforce our decrees. We control the Pentagon.”

These are the blatant scare tactics of totalitarians. His use of language like “No matter what they are telling you…” is purposefully chosen to ensure that you only believe the propaganda being spread by Carlson and Fox News. They want the American people to fear their own protectors who were brought in to prevent another nauseating spectacle like the one that occurred on January 6th, and which the whole world witnessed in horror.

Carlson and Fox News are actually rooting for another round of insurrection against the nation and the Constitution. And they are making villains of our patriotic sons and daughters in uniform, while ignoring the lawless, gun-toting militias working to overthrow the government. Carlson elaborated…

Carlson is lying through his treasonous teeth. Democrats in Congress had nothing to do with the vetting of the troops. And there were no “purity tests” or “loyalty” oaths to political parties. Carlson and Fox News know that. However, there were reports of potential insider threats by far-right extremists circulating among law enforcement officials. Consequently, they employed routine measures to ensure the safety of the troops and the public. The truth, as reported by the Associated Press, was that…

“U.S. defense officials say they are worried about an insider attack or other threat from service members involved in securing President-elect Joe Biden’s inauguration, prompting the FBI to vet all of the 25,000 National Guard troops coming into Washington for the event.”

That's the core of the conspiracy over which Carlson and Fox News are generating this hysteria. And it is all wrapped in the hypocrisy of Carlson's anti-law enforcement tirade. But Carlson, Trump, Fox News, and the GOP have apparently forgotten that they were staunch advocates of National Guard deployments during the Black Lives Matter protests last summer. True to his racist form, Carlson supports the oppression of mostly peaceful people of color, but he abhors any restraints on the aggressively violent white nationalists with whom he identifies. And the result is this sort of rabid diatribe that seeks to turn the American people against the military heroes they once pretended to admire.

UPDATE: And then there’s this…

Fox anchor Maria Bartiromo: “A new report says that some far-right protesters have discussed posing as members of the National Guard to infiltrate the inauguration — the way Democrats infiltrated two weeks ago and put on MAGA clothing” https://t.co/pi4wyM1ZdN pic.twitter.com/nWA01TvHbr— Media Matters (@mmfa) January 19, 2021 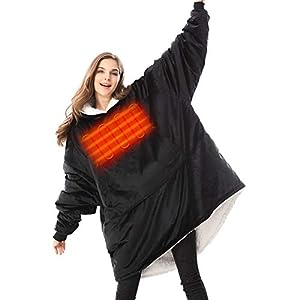