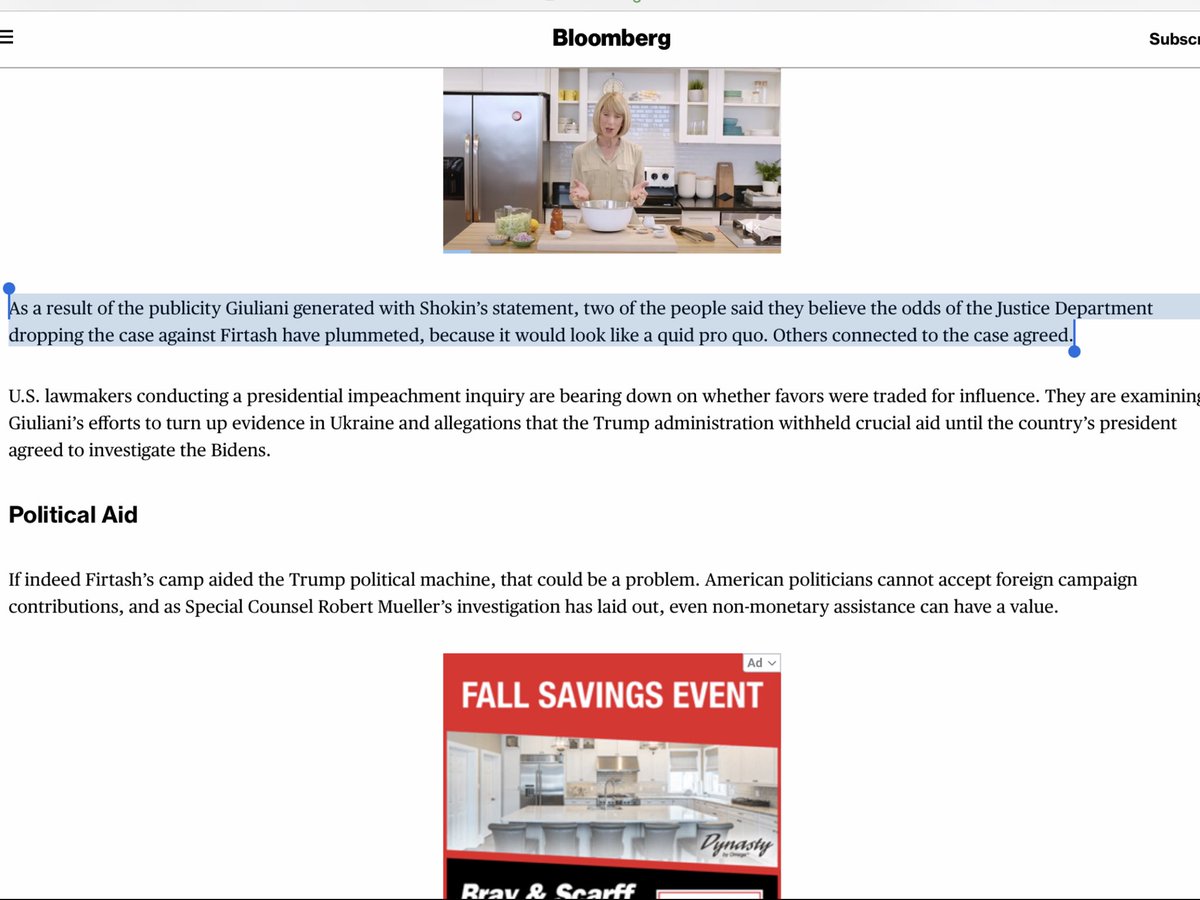 The Russians have always been there. Whether they’re political officials, hackers, or organized crime figures, we’ve never really left the Mueller report and the Steele dossier.

Reminder: Mueller Report noted that Jared Kushner & Flynn met on Nov 30, 2016 w. Russian Ambassador Kislyak: they
“discussed US policy toward Syria, and Kislyak floated the idea of having Russian generals brief the Transition Team on the topic using a secure communications line” https://t.co/FSRNMclnrL

Mueller Report continued: “… After Flynn explained that there was no secure line in the Transition Team offices, Kushner asked Kislyak if they could communicate using secure facilities at the Russian Embassy. Kislyak quickly rejected that idea.” https://t.co/BTQte33vff

It turns out the Russian intelligence hackers known as Cozy Bear never went away at all.

And the details of their spying campaign show why they are among the world’s best at what they do. https://t.co/cuknp4ecTB

Get in through the back door: The hackers typically start their attack with spear-phishing emails—messages carefully designed to trick very specific targets into clicking malicious links, starting a process to download dangerous software that gives Cozy Bear control of key machines and accounts. The details of how the hackers accomplish that goal show they are among the world’s best at what they do.

The campaign, carried out largely during working hours in the Moscow time zone, involved multiple new malware families discovered in use during this operation.

A novel malware family known as FatDuke is built specifically by this group to provide hidden and quiet backdoor access to a victim’s machine by impersonating the target’s browser down to specific details like using the same user-agent as the browser installed on the system.

Here’s how researchers hypothesize one kind of attack from Operation Ghost could unfold: A target, say a European diplomat, would receive an email crafted specifically to get her to download a malicious document. That document would contain PolyglotDuke malware whose goal is to surreptitiously install other malware on the machine. To do that, the malware looks at predetermined messages on popular sites like Reddit, which look like normal internet traffic. An image is downloaded that uses a tactic called steganography, which subtly changes an image file to hide encoded data including additional payloads. Suddenly, normal-looking photos contain malicious and nearly invisible code.

They’ll install the MiniDuke backdoor and then, as stage three of the playbook for the most interesting and important targets, they move to FatDuke. A successful deployment of FatDuke, called “the current flagship backdoor” used by the Dukes, means that battle is over.

So Trump thought he was trying to get the Biden dirt for himself but the plot was built on Rudy’s running the Amigos for a range of Russian/Ukraine shenanigans and was based on also getting Firtash sprung for Lev and Igor.

oh man. we are idiots.
the guy who is charged in US in bribery case is …Firtash! https://t.co/2qKcJEUMeE https://t.co/sHhQzfwMPi

oh man. we are idiots.
the guy who is charged in US in bribery case is …Firtash!

Six Defendants Indicted in Alleged Conspiracy to Bribe Government Officials in India to Mine Titanium Minerals
Read this Bloomberg story below before/after you read the NYT story above: bloomberg.com/amp/news/artic…
DOJ announcement on unsealed indictment of Firtash and others in bribery/racketeering case
Giuliani told NBC 10/14 he has nothing to do with Firtash

Bloomberg report Firtash associates got dirt on Biden to try to get Giuliani help to get Trump DOJ to drop his case bloomberg.com/amp/news/artic…

and that Giuliani may have blown it by drawing attention to Firtash link to anti-Biden campaign, making DOJ fear dropping case look like …

DOJ release of unsealed indictment said Firtash was charged with conspiracy to violate the Foreign Corrupt Practices Act among other charges
see
Six Defendants Indicted in Alleged Conspiracy to Bribe Government Officials in India to Mine Titanium Minerals
what the NYT said Giuliani said the recent DOJ meeting was about (left); what DOJ release on unsealed Firtash indictment said (right)

(32705)
$348.00 (as of May 16, 2022 03:05 GMT -04:00 - More infoProduct prices and availability are accurate as of the date/time indicated and are subject to change. Any price and availability information displayed on [relevant Amazon Site(s), as applicable] at the time of purchase will apply to the purchase of this product.)