From a New York Times article on conservatives’ sudden distaste for John Bolton, whose revelations about Donald Trump’s Ukrainian quid pro quoing have sent the GOP into a tizzy:

On the Fox Business channel, Lou Dobbs assailed Mr. Bolton as a tool of the president’s enemies, citing as proof the fact that he used the same literary agents as James B. Comey, the F.B.I. director fired by Mr. Trump — prompting one of the literary agents to point out that one of their other clients was Mr. Dobbs.

Dear @LouDobbs, you forgot to list some other notable @JavelinDC clients: Don Rumsfeld, Tucker, numerous GOP officeholders, @mikepillsbury, conservative organizations, oh, and you! Are you part of the conspiracy? Ã°ÂŸÂ¤Â« https://t.co/nZdaNvkkMW

Okay, that was fun.

Can’t believe Lou Dobbs is part of the sinister NeverTrumper cabal. Exactly how deep does this deep-state, anti-Trump perfidy go?

Someone needs to tell Donald Trump posthaste that Dobbs is doing him dirt. The best thing for Trump is to isolate himself even further. Maybe he could put down a security deposit on Saddam Hussein’s spiderhole just in case things get worse. 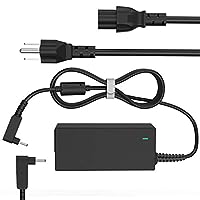