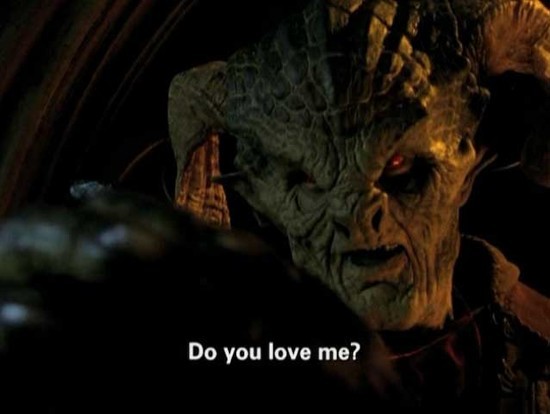 If you believe that Individual-1 has altruistically helped the US stock market since inauguration, you might believe we Democrats worship Moloch, just like we treat the free market like Baal or so many pagan idols. Fox News should be ashamed of itself for firing Todd Starnes, since he only has borne false witness by publishing numerous stories based on lies.

The DOW is 800 points lower than it was a year ago. Whatever Trump is doing, it's not working.#TrumpMeltdown #StockMarket pic.twitter.com/DZz4h8iUaq

Much like Trump is the “king of debt” he’s also the worst kind of tout, the kind that resides at the doorstep of the strip club, too wimpy to be a bouncer but filled with crap about how great the show inside is.

It’s like a gravitational field the S&P 500 can’t get free from, the place to which all rallies must return. And it was back in force Wednesday, eliciting angry notice from President Donald Trump as waves of selling dragged the benchmark within points of where it stood 21 months ago.

As has repeatedly happened in U.S. stocks, a few days of losses just undid weeks and months of progress, depositing the S&P 500 at an all-too-familiar level. Frustrated traders were left to lament that it has taken the better part of two years for the index to advance all of 15 points.

“I’m looking at this thing and my god, it’s like a Tour de France kind of bike ride,” Marvin Loh, global macro strategist at State Street, said by phone. “Massive climbs and great descents — except these are horrible descents. And then we climb up to the next peak and then we get to ride it down.”

Trump loves touting equity gains more than his predecessors, who were usually wary of taking credit for unpredictable returns largely out of anyone’s control. And while the president’s record remains a solid one by historical standards, with the S&P 500 up almost 43% including dividends since his election victory, on a price basis it’s the same return he could’ve claimed in January 2018. Amid uneven economic data and a two-year trade war, the market hasn’t budged since.

Trump loves to talk about how great the stock market is doing, but the S&P 500 has barely budged over his last two years in office https://t.co/9vh20Ums1F

In news of Moloch:

TheWrap has learned that Todd Starnes’ contract at Fox News is not being renewed. The host will no longer be working at the network, its website, or its premium subscription service, Fox Nation.

He made headlines as recently as Monday for comments during his radio program that Democrats do not believe in the Christian God and instead may worship Moloch, a pagan god often associated with child sacrifice.

In the place of his “Fox News & Commentary” radio program, Fox News Radio will broadcast “Fox Across America.” The opinion show will rely on a rotation of various Fox News personalities until a permanent host is named.

Beyond his three-hour Fox News Radio show and Fox Nation program, “Starnes Country,” the conservative author contributed opinion pieces to FoxNews.com. TheWrap readers may remember Starnes as the host who said he would have preferred that, during a surprise cameo at the 2018 Grammys, Hillary Clinton read from Juanita Broaddrick’s book accusing Bill Clinton of rape than from Michael Wolff’s Trump White House exposé “Fire & Fury.” (The former president’s lawyer has repeatedly denied the allegation and no charges have been filed.)

i mean we kinda do worship moloch pic.twitter.com/vYM4CMcQqg

(85484)
$0.00 (as of May 16, 2022 00:44 GMT -04:00 - More infoProduct prices and availability are accurate as of the date/time indicated and are subject to change. Any price and availability information displayed on [relevant Amazon Site(s), as applicable] at the time of purchase will apply to the purchase of this product.)