Trump's senility, dementia, and decrepitude tell you how much he's the demi-god of a QAnon religion

Who dares be nasty to god-emperor Trump and his toady, Mike Pence (and his Mother).

James Carville says he wouldn’t be surprised about what Trump would do, including replacing Pence with Nikki Haley, the odds of which seem highly remote because of the need for midwestern states and evangelicals (she’s on the board at +500 to be Trump’s running mate).

OTOH Trump could claim QAnon told him to dump Pence as the COVID fall-guy. Fortunately there are not enough of those RWNJs to constitute a legislative caucus.

Trump, on Hannity to talk Harris, is talking windmills: “If you see a windmill and you hear a windmill, your home goes down by half, or less than half. It kills all the birds.”

Far-right and QAnon trolls have used Twitter, YouTube, and other online platforms to spread the baseless claim that presidential candidate Sen. Kamala Harris’ (D-CA) heritage makes her ineligible to be president even though she was born in Oakland, CA. The false claim, which has since been picked up by far-right troll Jacob Wohl, was first amplified by a birther who has previously challenged former President Barack Obama’s citizenship.

As early as July 2017, a user behind an anonymous Twitter account falsely claimed that Harris is ineligible to run for president because her parents were “foreign-born.”

Reminder that if this false claim comes up again, it had been circulating for years in the far-right and particularly gained traction last year due to to a QAnon account. https://t.co/9bxegWH5sy

Forget all that, what’s her stance on windmills?

Any QAnon conspiracy theories yet about Kamala the Ugandan Giant dying and Kamala Harris becoming Veep candidate within a couple of days of each other?

Here's the now 12 known QAnon-connected state legislative candidates who have already made it to the ballot in November (per Ballotpedia). pic.twitter.com/RL7WipvWg6

Trump said he once asked “a certain highly respected senator” who is “the dumbest” senator, and the person said “Joe, Joe,” and Trump asked who Joe is, and the senator asked you don't know Joe?, and they went around like this a while, and the senator eventually said “Joe Biden.”

The president, deeply unpopular during an election year, is trying to prevent many Americans from voting rather than convince them he is qualified for a second term. https://t.co/AlPISY63SP

Same old trick:”Trump claimed the Scottish resorts alone were worth at least $100 million in 2018 on US documents, but the UK records indicate that the resorts aren’t worth anywhere near that because the debts exceeded the assets by about $80 million.” https://t.co/3N8ZQCFHnh 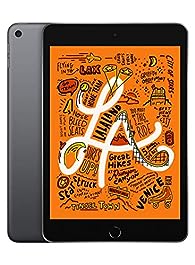