Trump’s revanchism now manifests itself in the second attempt by Trump to recycle old grievances, mainly from ”Obamagate” first proposed in 2017. Because Trump’s history has always been all about trying to seize land for his domain or at least dominionists, he’s incapable of understanding historical consequences. For Trump, he has yet to occupy a presidential space with six months remaining, even as he has represented the false, autochthonous hopes of white supremacists.

French revanchism influenced the Treaty of Versailles of 1919 following the end of World War I, which restored Alsace-Lorraine to France and extracted reparations from the defeated Germany. The conference was not only opened on the anniversary of the proclamation of the “Second Reich“, the treaty also had to be signed by the new German government in the same room, the Hall of Mirrors.

A narcissist fixated on revenge who holds a dark and apocalyptic view of the future is not the man for the job. Trump does not have the necessary psychological tools for this mission.

New: One year after the Russia investigation ended and 6 months before he faces re-election, Trump is getting his revenge—and his most trusted advisers, some newly installed throughout DOJ and the IC since his impeachment acquittal, are helping him do it https://t.co/O9pn3qLp1x

“Hope you had fun investigating me,” reads a meme that has been reposted by President Donald Trump, his family and his allies several times over the last week on social media. “Now it’s my turn.”

More than one year after the Russia investigation ended and six months before he faces re-election, Trump is getting his revenge—and his most trusted advisers, some newly installed throughout the Justice Department and intelligence community since his impeachment acquittal three months ago, are helping him do it.

In the last week, Attorney General William Barr and acting Director of National Intelligence Richard Grenell have arguably gone further in aiding Trump’s campaign against the so-called “deep state” than anyone in the last three years.

Barr, through his former aide Timothy Shea — tapped by the attorney general in January to serve as interim D.C. U.S. attorney—moved last week to dismiss the case against Trump’s former national security adviser Michael Flynn in circumstances that have alarmed a federal judge first appointed by Ronald Reagan.

Grenell, meanwhile, who was appointed days after Trump’s acquittal in February, subsequently declassified a list of Obama administration officials who might have been involved in “unmasking” Flynn’s name in intelligence reports — fueling unsubstantiated accusations from the president and his Capitol Hill allies of wrongdoing.

[…]
By declassifying a list of Obama officials who may have been seen Flynn’s name in intelligence reports in December 2016 and January 2017, Grenell has given Trump and his allies further ammunition to decry so-called “Obamagate”—Trump’s term for a scandal that he has been unable or unwilling to fully articulate. […]

“The administration is using Grenell as a temporary person who can pull off stuff that a confirmed DNI would not be able to do, because they would need to maintain a working relationship with both sides of the aisle,” said a former Trump White House official. “They are using Grenell because he is someone who has nothing to lose.”

"One of the arguments that Barr has made and I find frankly absurd is that there was no predication… Nobody is saying that Flynn didn't lie, they're simply saying now that his lies didn't matter… that is belied by everything we know" – Chuck Rosenberg w/ @NicolleDWallace pic.twitter.com/QLPPn6o3qm

The Trump subtext for revenge does have some roots in his sado-populism, even down to the stupidity of spending $500 million to paint the Southern Border fence black. It is based in a white fear of racial replacement by something, something…

The (Mexican) Reconquista (“reconquest”) is a term that is used (not exclusively) to describe the vision by different individuals, groups, and/or nations that the Southwestern United States should be politically or culturally reconquered by Mexico. These opinions are often formed on the basis that those territories had been claimed by Spain for centuries and had been claimed by Mexico from 1821 until being ceded to the United States in the Texas annexation (1845) and the Mexican Cession (1848), as a consequence of the Mexican–American War.[1]

Reconquista sentiments are often jocularly referred to by media targeted to Mexicans, including a recent Absolut Vodka ad that generated significant controversy in the United States for its printing of a map of pre–Mexican–American war Mexico.[19] Reconquista is a recurring theme in contemporary fiction and non-fiction,[20] particularly among far-right authors.[21]

In March 2015, at the midst of the War in Ukraine, when the US was planning on supporting Ukraine to fight against Russia, Dukuvakha Abdurakhmanov [ce; ka; ru], the speaker of the Chechen parliament, threatened to arm Mexico against the United States and questioned the legal status of the territories of California, New Mexico, Arizona, Nevada, Utah, Colorado and Wyoming.[26] 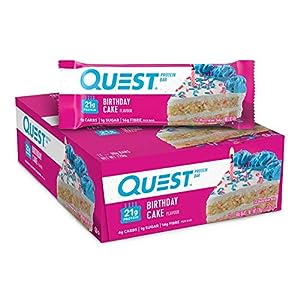