It’s gone from bad to worse: After spending years refusing to call Donald Trump a liar, the press is now toasting his reelection campaign, which is built on lies.

“That campaigns are now being fought largely online is hardly a revelation, yet only one political party seems to have gotten the message,” The New York Times recently reported in a major story on Trump's reelection run. “While the Trump campaign has put its digital operation firmly at the center of the president’s re-election effort, Democrats are struggling to internalize the lessons of the 2016 race and adapt to a political landscape shaped by social media.” The message the Times presented was unmistakable: Trump's reelection campaign is trouncing Democrats online. (Trump had gotten “the message.”) Separately, the Times in another piece announced, “The technical superiority and sophistication of the president’s digital campaign is a hidden advantage of incumbency.”

What did the Times almost completely ignore in its flattering reports about Trump's “web operation”? His reelection campaign is built around spreading lies online. Somehow, that unprecedented presidential campaign strategy wasn't considered to be the newsworthy one.

“His 2020 campaign, flush with cash, is poised to dominate online again, according to experts on both ends of the political spectrum, independent researchers and tech executives,” the newspaper reported. That was the key angle. Also, Trump isn't necessarily pushing lies online. Instead, he’s creating “emotionally charged content” and “provocative ads” featuring “divisive themes” and touting an “angry partisan approach,” the paper reported.

If a Democratic candidate such as Joe Biden unleashed a torrent of fabricated and outlandish claims via Facebook campaign ads, it’s highly doubtful that the Times would marvel at how savvy Biden was being and how he was outsmarting Republicans with a digital strategy that relied on constant bouts of purposeful misinformation. Instead, Biden's constant lies would be the Times' obvious area of focus. And the brazen untruths wouldn't be gently referred to as “provocative content.”

Yet with the Trump coverage, the fact that his campaign is wallowing in aggressive misinformation isn't presented as the most newsworthy element. Instead, Trump's lies are depicted as being part of a formidable, winning online formula that has desperate, overwhelmed Democrats trying to catch up. 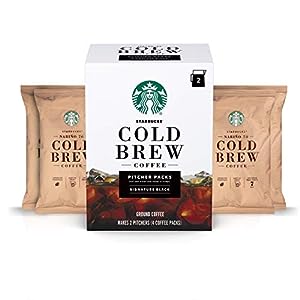