Did any of you guys have a younger brother when you were growing up, or you ladies a younger sister? You’d be hanging with your friends, trying to be all cool and shit, and they’d be bouncing around like a neutrino, yapping like a Yorkshire terrier, and ruining all of the ambiance of the moment. You’d yell “G’wan! Geddouddahere!” And then you look around a half an hour later, and see the little sod hiding out behind a tree, listening in.

Let’s face it, where Donald Trump is concerned, Michael Cohen is the ultimate “kid brother.” It rolls off of him like water off a ducks back. The adoring eyes when gazing upon his master, the fawning subservience, constantly pimping Trump to everybody he talked to, swearing that he was so loyal that he’d “take a bullet” for Trump. And Trump seemed to enjoy having him around, the way that kings used to like having a court jester handy.

But there is a price to pay for such easy, dismissive familiarity, and Trump is learning that the hard way right now. Like the kid brother hiding behind the tree, you don’t even know he’s there half of the time, and you have no idea of what he overhears. You only find that out when you go to smack him, and he threatens to tell Momma about something you said to your friends, probably with a bad word thrown in here and there.

This is Trump’s biggest problem with Michael Cohen. By coming to consider Cohen as just another piece of furniture in the room, Trump no longer knows exactly when Cohen was lurking around, wagging his tail for a Scooby snack, or what he heard. Giuliani himself highlighted that fact in responding to the report that Cohen was ready to tell Mueller that he was in a meeting when Baby Donnie told Baby Donnie Sr about the meeting with the Russians. In saying that he had spoken to Don Jr, and “several other people,” presumably the same “several other people” that Cohen had referred to, he basically tacitly admitted that Cohen had been present at at least some campaign meetings and conversations, even though Cohen was not officially a part of the campaign.

And the problem is only exacerbated for Trump because he apparently has the memory retention of a turnip. Good Lord, the guy says something on Tuesday that directly contradicts what he said last Thursday about the same issue! How can he convincingly deny what Cohen says, if he doesn’t even remember if there was a conversation, much less whether Cohen was a part of the conversation or not? And the flailing on the part of Team Trump is already starting. Rudy Giuliani’s response to Cohen’s Trump Tower meeting was too long and too detailed. You can always tell when someone is lying, by the rich texture of the bullshit. The truth doesn’t need a complicated explanation, it can stand on its own two tiny feet.

And now you have Rudy Ghouliani’s perfectly logical explanation for the Trump tape about buying out Karen McDougle. Cohen doctored the audio tape! OK, let me make sure I have this right. Michael Cohen secretly tapes Trump talking about buying his way out of yet another in an endless string of dalliances with people known for taking their clothes off, something Cohen apparently had a habit of doing. Then, just in case anybody ever starts sniffing around, Cohen doctors a tape of what seems to be a regular payoff transaction for Trump, so if the FBI ever raids Cohen, Trump comes off looking like shit. Instead of just crushing the damn thing beneath his heel. Yep, makes perfect sense to me.

Anybody who has ever done something wrong at work or at home, and then tried to keep it a secret, knows that fear of exposure is your worst nightmare, it keeps you up at night. If you even think that somebody might be poking around, you start to sweat like a meat loaf. A written record of Trump’s sins would take up more space than the Encyclopedia Brittanica. And now somebody is poking around, and it looks like somebody close to him is ready to spill the beans. What does Cohen know, and about what? Sweet dreams, fool. 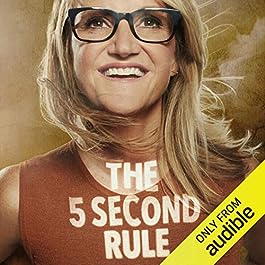